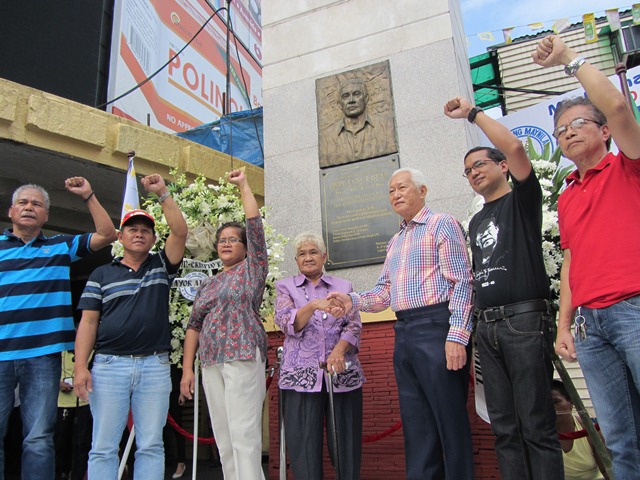 MANILA – Workers led by Kilusang Mayo Uno, Anakpawis Partylist, Piston Partylist, Ka Bel’s family and the local government leaders of Manila celebrated the 80th birthday of the late Crispin “Ka Bel” Beltran by offering wreaths, remembrances and vows to emulate his examples in the marker dedicated to him in Plaza Miranda, Manila. 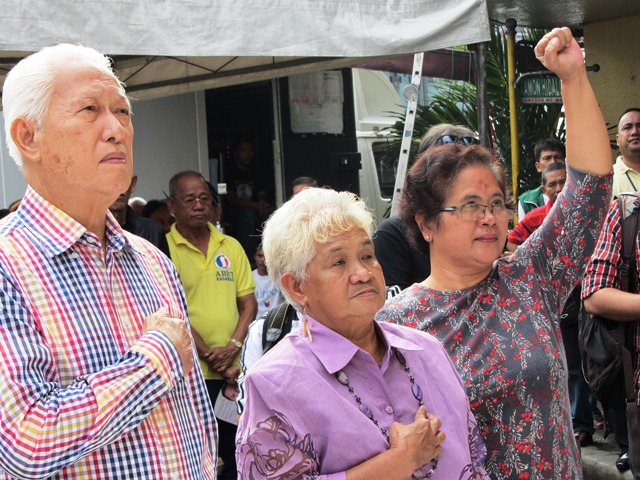 Regarding Ka Bel as a hero, a legend and a model, Manila Mayor Alfredo Lim vowed to work for the building of the labor leader’s life-sized statue, from his own pocket, he said. Lim honored Ka Bel who, he said, had “resolutely opposed the destructive neoliberal policies of globalization, privatization and liberalization” and in Congress “fought for the people’s right to live in dignity.” 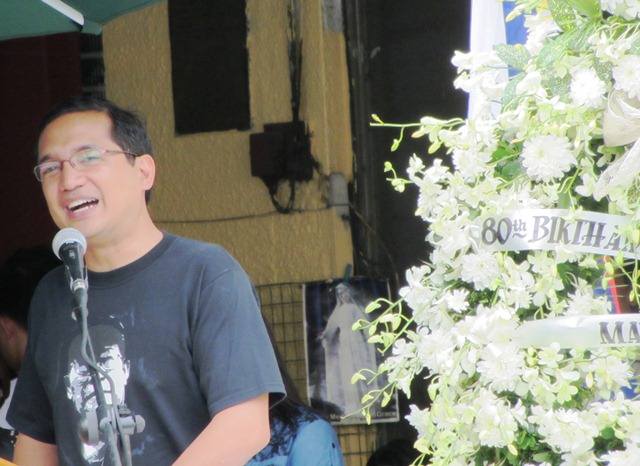 Like Bayan Muna Partylist Rep. Teddy Casiño, Mayor Lim especially praised Ka Bel’s incorruptibility and how Ka Bel had chosen not to enrich himself even as a congressman. “He truly had not taken advantage of his position,” Lim said. 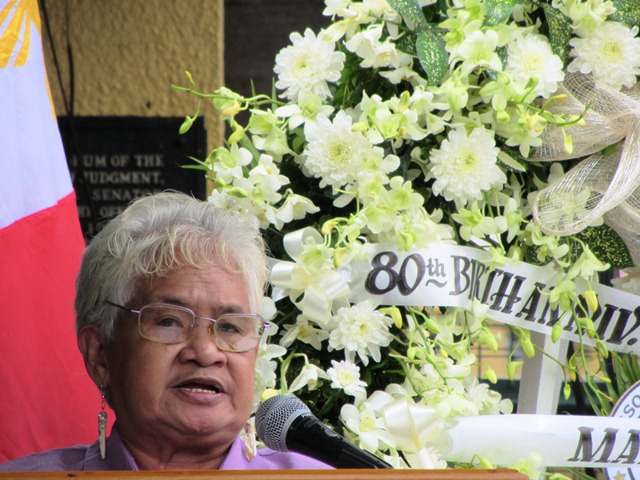 George San Mateo, chairman of Piston, said that Ka Bel had a “special affinity to drivers because he was once a driver himself.”

Ka Bel and Ka (Medardo) Roda, leader of Piston were good friends and had shared so much as taxi drivers and unionists. They were also both imprisoned during the 1982 crackdown on unions.

“Ka Bel did not just express his support, he was with us during transport strikes,” San Mateo said. Which was why he remembered Ka Bel, he said, when Bayan Muna Rep. Teddy Casiño joined them at their Sept. 19 transport strike. Then transportation secretary Mar Roxas called the striking drivers “perwisyo” (problem), to which “Casiño shot back: ‘It’s the oil companies that are perwisyo.’” 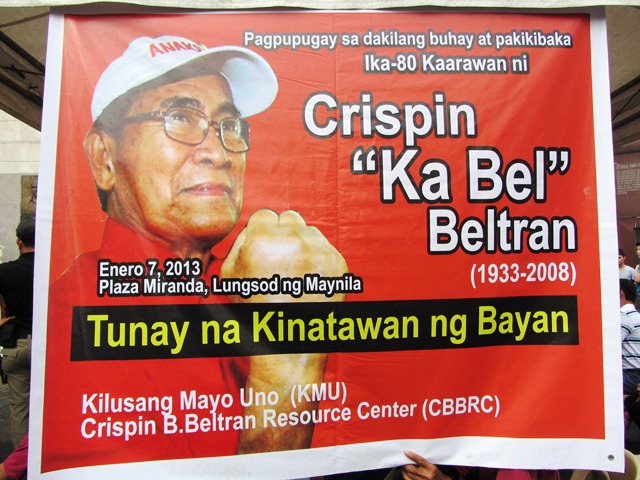