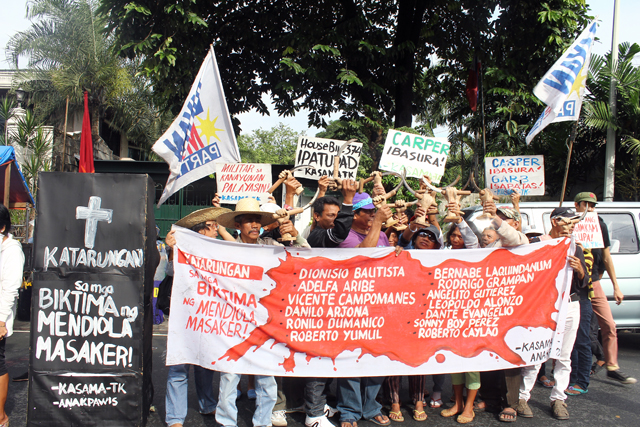 MANILA — Farmers from Southern Tagalog region held a picket rally in from of President Aquino’s house in Times St., Quezon City this morning to commemorate the 26th anniversary of Mendiola massacre.

Orly Marcellana, spokesman of Katipunan ng Samahang Magbubukid sa Timog Katagalugan (Kasama-TK), said that after so many years, not a single person was held accountable for the brutal killing of farmers who only wanted genuine land reform but were instead met by bullets. 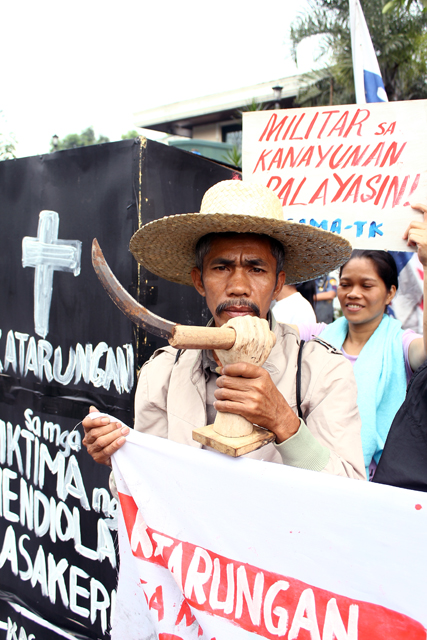 Marcellana said the issues remain the same today. That is why they persist in their struggle for justice and genuine agrarian reform. 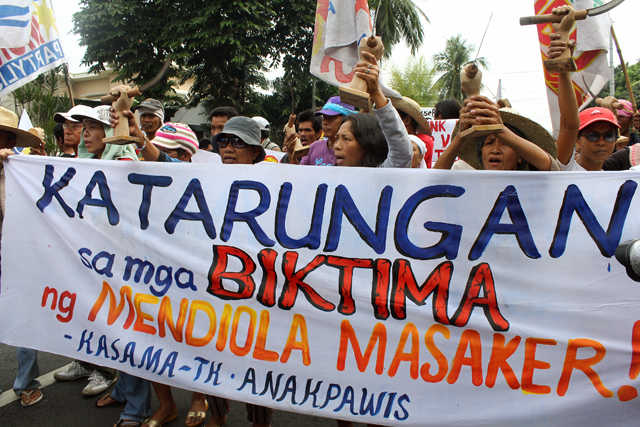 The group headed to Mendiola (now Chino Roces) bridge to join members of other multisectoral organizations in a protest action.