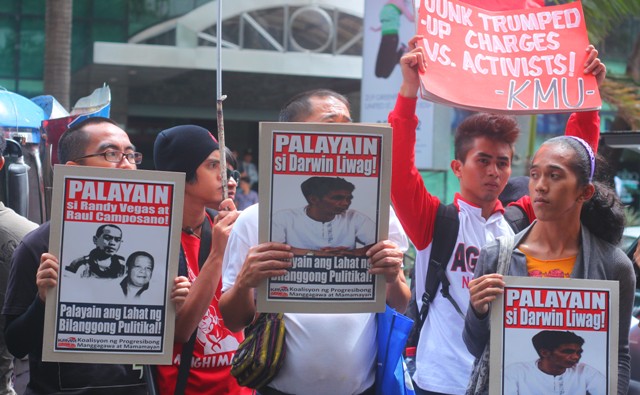 MANILA – Members of progressive organizations held a picket protest in front of the Office of the Presidential Adviser on the Peace Process (OPAPP) in Ortigas this morning.

Palabay said the harassment, arrest and detention of 13 peace consultants of the National Democratic Front of the Philippines (NDFP) are clear violations of the Jasig, an agreement that supposedly provides immunity to all participants in the peace talks. 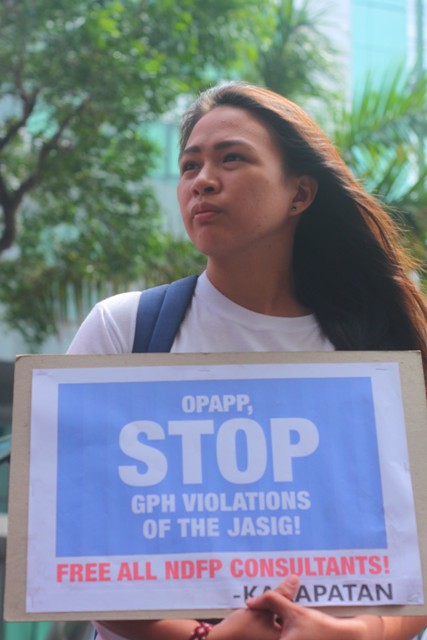 Speaking during the rally, Niki Gamara, daughter of detained NDFP consultant Renante Gamara, tearfully questioned the sincerity of the Government of the Philippines (GPH) in complying with the agreements it signed.

Gamara said when her father was arrested in April 2012, the authorities did not honor his Document of Identification (DI) that proves that he is Jasig-protected. “They said they would check it with OPAPP and confiscated his identification document.”

Gamara lamented that up to now, his father – despite being granted supposed immunity – is still detained at the Philippine National Police (PNP) Custodial Center in Camp Crame. After almost nine months in jail, Gamara said, no hearing has taken place on the case of her father. 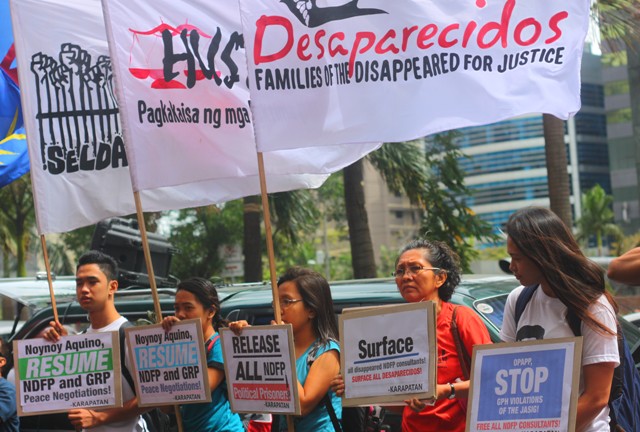 Palabay recalled that two years ago, the GPH committed to release most, if not all, peace consultants but until now, Palabay said, they remain in detention. 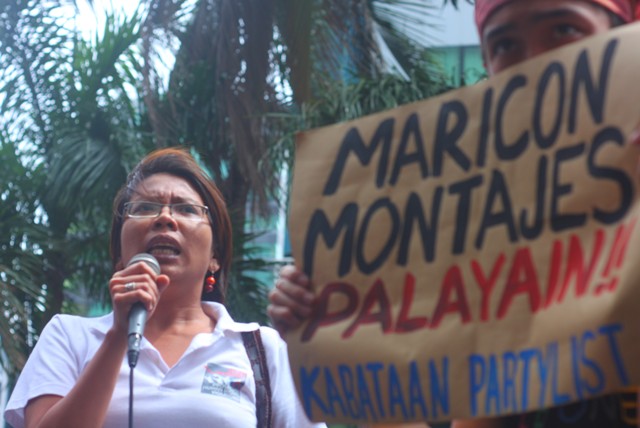 She cited Ramon Patriarca, another NDFP consultant, who is detained in a military camp instead of a civilian detention facility.

Patriarca who has been in jail for four years started a protest fast today that will last until February 26.

In a statement, Patriarca said the Aquino government “is effectively stalling the peace talk’s regular course, and the signing of the Comprehensive Agreement on Socio Economic Reforms (Caser). Caser is the second substantive agenda laid down in The Hague Joint Declaration, which sets the framework for peace talks between the GPH and the NDFP.

“If there is any ounce of truth in the Philippine government’s statements expressing willingness to purportedly pursue peace, it should walk the talk. It should, first and foremost, facilitate the release of all thirteen peace consultants and all political prisoners,” Palabay said. 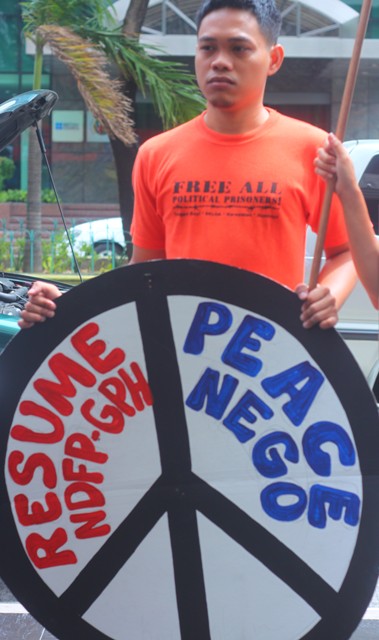 Karapatan also pointed out the escalating violations on the Comprehensive Agreement on the Respect of Human Rights and International Humanitarian Law (CARHRIHL).

“The continuing violations and the prevalent impunity clearly sabotage efforts for meaningful advances in the peace process,” Palabay said.