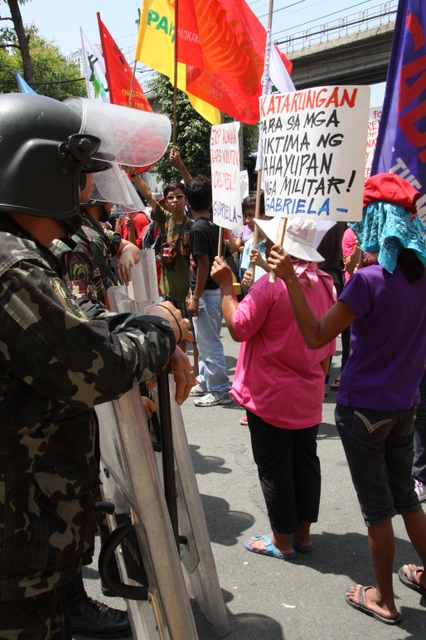 Yesterday, Roque Antivo, the eight-year-old boy who was killed due to strafing by uniformed men, was laid to rest.

On April 3, soldiers of the 71st Infantry Battalion Alpha Company of the Philippine Army strafed the house of a peasant family in Sitio Kidaraan, Barangay Anitapan, Mabini, Compostela Valley. Antivo was killed. His two brothers were wounded.

Members of human rights groups Karapatan and Salinlahi trooped to Camp Aguinaldo, the headquarters of the Armed Forces of the Philippines, to condemn the killing of Antivo and other recent cases of human rights violations. 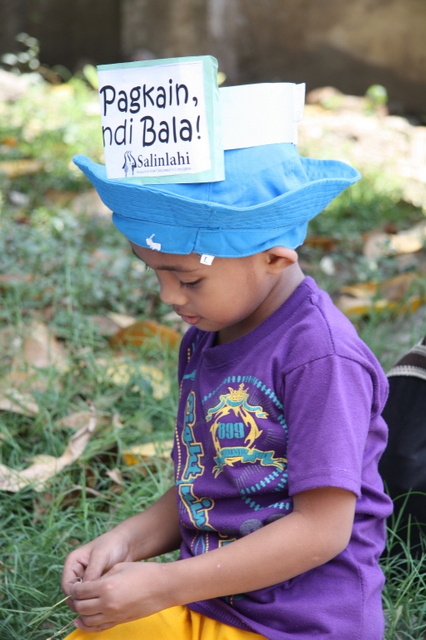 According to Karapatan, Antivo is the 16th child victim of extrajudicial killings under the Aquino administration.

“Children and civilians are seen as fair targets by the military under Aquino’s anti-insurgency program Oplan Bayanihan,” Cristina Palabay, Karapatan secretary general said in a statement.

Reina Requioma of child rights group Salinlahi expressed alarm at the military’s “utter lack of respect for the rights and lives of children under the Aquino government.” 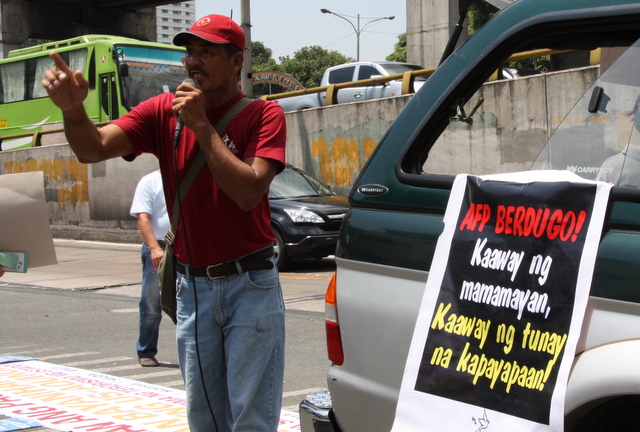 The group cited the recent abduction of Gestine Canaman, a 19-year-old student and a daughter of an activist couple.

Gestine was seized by two men on her way home, April 2. She was surfaced after three days.

Gestine’s father, Tranquilino, a full-time organizer of Piston, lashed at the military: “Why do you keep harassing my daughter? What has my daughter done to you? She only wanted to study, now she is scared to go out.”

Karapatan also cited the April 6 arrest of two civilians in Laak, Compostela Valley by soldiers from the 60th Infantry Battalion. 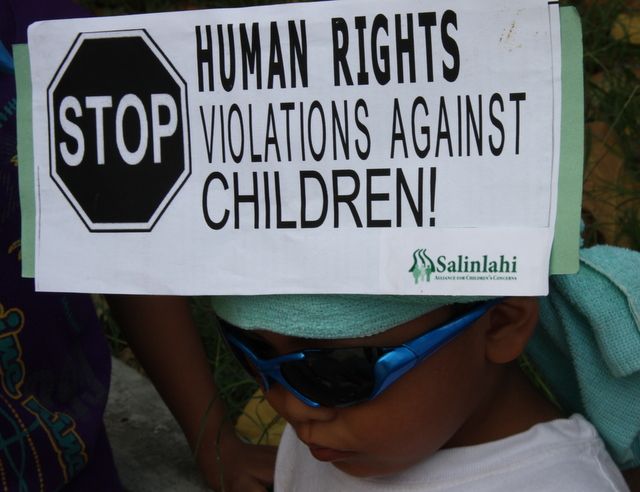 The Philippine National Police (PNP) – Laak reportedly said that Arnel Rosales, 30 years old, a motorcycle driver and her passenger Ronylin Lucin, 20 years old, were presented to them by the military but later brought the two victims with them. The police earlier denied the whereabouts of the victims, yet Rosales’ motorcycle was impounded at the PNP-Laak station.

The two victims were brought to the prosecutor’s office in Nabunturan, where the quick reaction team of Karapatan-Southern Mindanao found them facing inquest proceedings based on charges of conspiracy to commit rebellion. They were later brought to the Compostela Valley Provincial Jail in Tagum City. 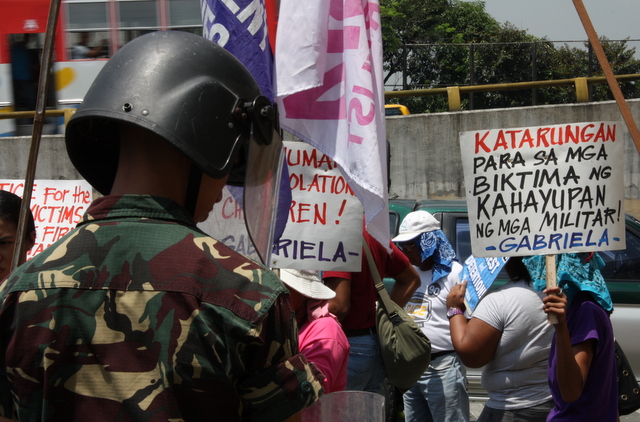 “It is hypocritical of the AFP to say that it wants closure on the abduction and enforced disappearance of Jonas Burgos, when the same forms of violations during the Arroyo regime – killings, abductions, illegal arrests based on trumped up charges, among others – are being perpetuated by Aquino’s AFP. How can there be closure when perpetrators of human rights violations are promoted to higher positions in the military and are not punished for their inhumane acts?” Palabay said.