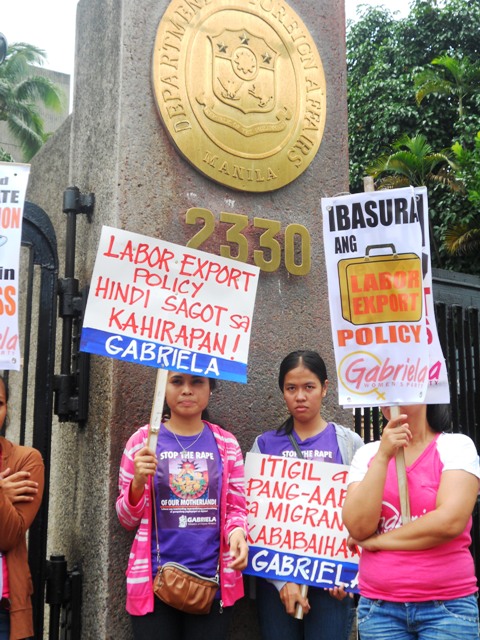 MANILA – “The government must act now!” This is the demand of progressive women’s group Gabriela as they trooped to the office of the Department of Foreign Affairs (DFA) on Thursday, July 4. The group demanded for the immediate repatriation of undocumented overseas Filipino workers, especially those who are in the “tent city” in Jeddah, as women and children are becoming more vulnerable to abuses.

Joms Salvador, secretary general of Gabriela, said the government must implement a systematic, quick and mass repatriation of undocumented OFWs who wishes to return to the Philippines, especially women and children who are not included in the deadline extension set by the Saudi government.

Even if the grace period for undocumented or illegal migrant workers in Saudi Arabia was extended until Nov. 3, undocumented children however are still affected by the July 7 deadline to process their documents. The women’s group called on the government to act fast as one child of an OFW had died in the tent city due to illnesses. 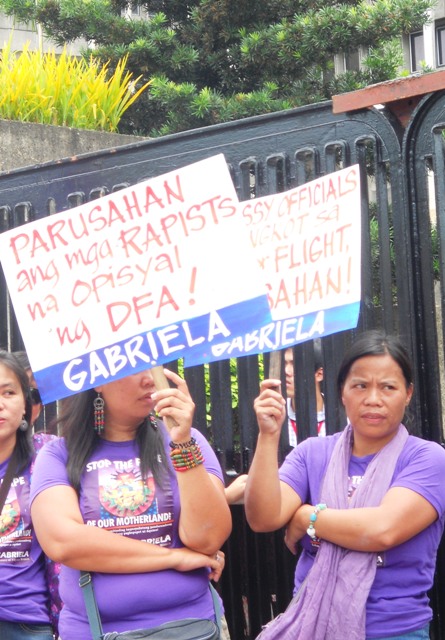 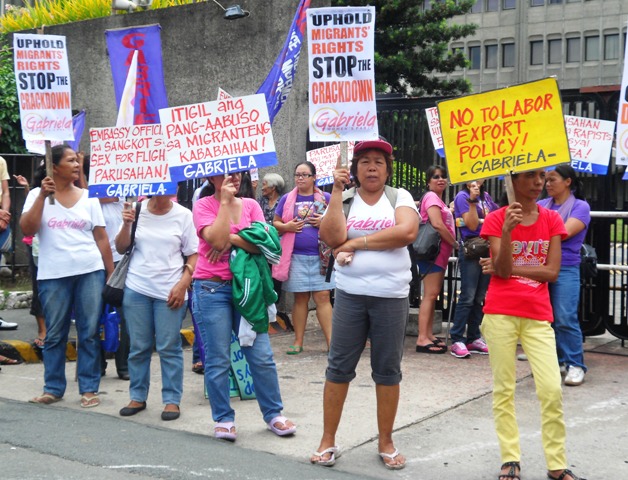 “The Philippine government must act fast to repatriate undocumented OFWs from the Middle East who are now facing arrest because of lack of work documents,” said Salvador.

There is a crackdown on undocumented migrant workers in the Kingdom of Saudi Arabia after the implementation of Saudization, a policy which prioritizes the employment of Saudi nationals in companies and firms.

Saudi Arabia’s King Abdulla ordered the extension of the deadline for illegal migrant workers to legalize their status to Nov. 3. There are at least 17,500 undocumented OFWs in Saudi Arabia, according to the data of Philippine Consulate in Saudi Arabia. These include thousands of OFWs in the tent city waiting the processing of their papers while some are waiting to be repatriated.

In a news report, as of April, there are 200 children in the tent city including newborn infants. 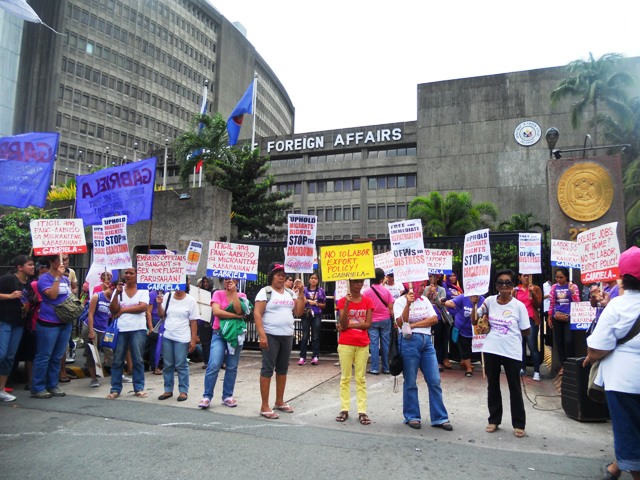 “As each day passes, our OFWs’ situation in the Tent City is getting worse. They are starving and their health is deteriorating. Add to that the possibility of being arrested and imprisoned. What’s more disturbing is that women are getting more vulnerable to abuse and prostitution because of their worsening situation,” said Salvador.

Recently, three women OFWs exposed that they have been sexually harassed by Assistant Labor Attache Antonio Villafuerte. Salvador stressed that women are being more vulnerable to sexual harassment, prostitution or worse, of being raped.

The Gabriela Women’s Party (GWP) also expressed fears that with an increasing number of OFWs stranded in the tent city in Jeddah, Saudi Arabia, more OFWs might resort to such desperate measures.

“Their lack of employment and financial capability in a foreign land makes them vulnerable to prostitution and abuse. If only the process of repatriation is fast and the government releases funds to help the OFWs, they could be removed from that vulnerable situation,” GWP Rep. Luz Ilagan said.