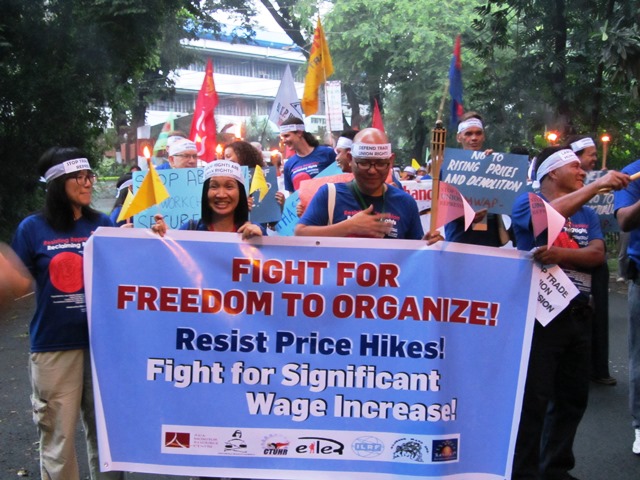 MANILA – Chanting calls in various languages, more than 60 delegates of an ongoing international labor workshop in Manila staged a “Solidarity Walk” at twilight of Tuesday (July 16) in UP Diliman in support of the “Protestang Bayan” against price hikes.

Marching at the rain-drenched street from the University Hotel to the UP Oblation, labor activists from US, Australia, Hongkong, Indonesia, India, Manipur, Thailand, Myanmar, and various regions of the Philippines shouted out calls in their native language for respect of workers’ rights. On that day, Filipino workers, drivers, youth-students, women and migrant supporters conducted simultaneous protest actions in various points in Metro Manila and in other regions. They railed against rising prices of basic goods and basic services, which they blame on Aquino’s economic policies such as privatization and deregulation. 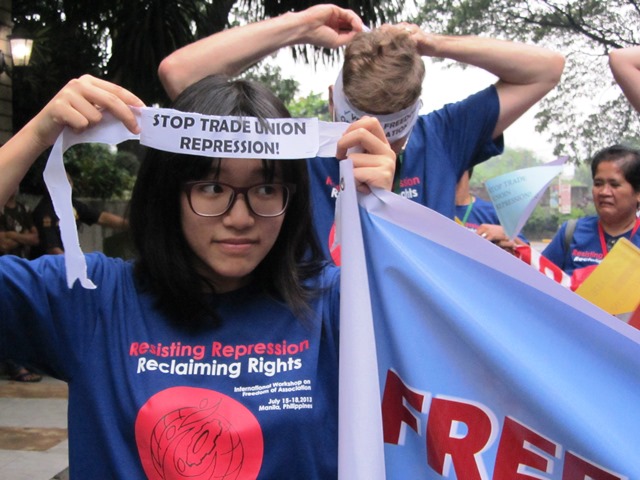 The marchers are delegates attending a two-day International Workshop on Freedom of Association that opened July 16. They wore their workshop’s theme in headband and T-shirt: “Resisting repression, reclaiming rights.”

“The event is a major step forward in strengthening international solidarity and linking local campaigns to resist neoliberal globalization’s onslaught on trade unions and workers’ organizations,” said Daisy Aragon, one of the organizers of the conference. 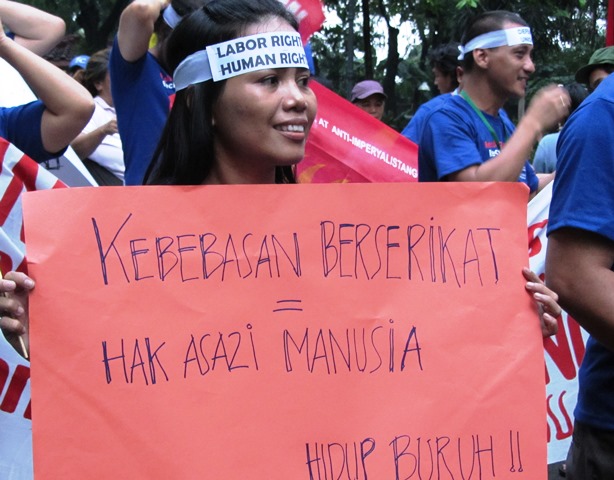 They gather to discuss their experiences and exchange “strategies that work” in upholding their freedom to organize, “amid intensified labor exploitation on a global scale.” 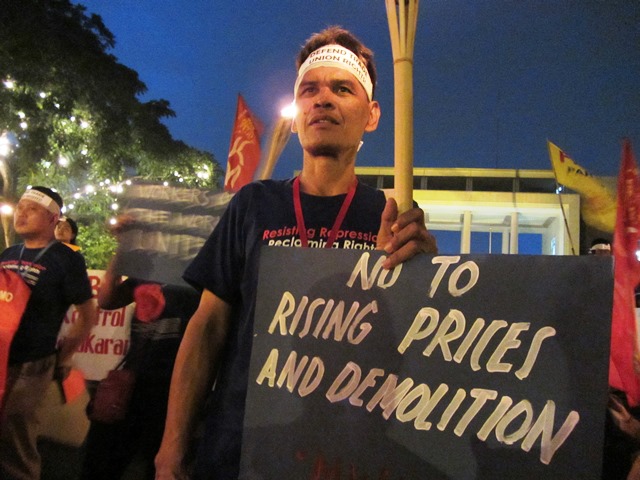 (Text and Photos by Marya Salamat)