MANILA – Concerned faculty members of the University of the Philippines (UP) joined calls for the abolition of the pork barrel system.

In a press conference on Friday, August 17, the UP professors wore their official sash used for graduation ceremonies called “Sablay” to convey a message: “The pork barrel system is ‘sablay.’ Instead of honor and excellence, the pork barrel ends up promoting dishonor and mediocrity.” 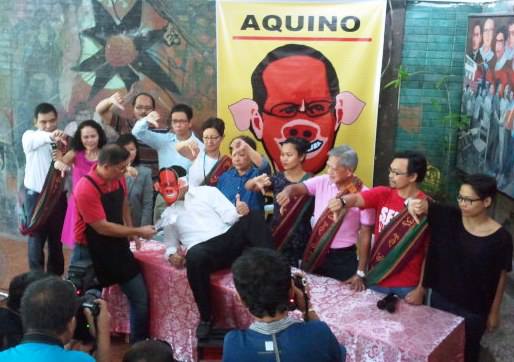 The UP Sablay has the letters U and P in alibata (traditional alphabet). It symbolizes the high standards of honor and excellence in the university.

Dr. Gerry Lanuza, a convener of the UP Faculty for the Abolition of the Pork Barrel System and the Presidential Pork Barrel Fund, said public funds should be used for genuine and comprehensive development for the benefit of the underprivileged.

He also encouraged like-minded groups and individuals to support House Bill No. 1535, which seeks to abolish the pork barrel system. Lanuza said this is the most sensible legislative agenda aimed at ending the evils of pork barrel politics characterized by corruption, vote buying, patronage, waste of people’s money and rent-seeking behaviors of lawmakers. 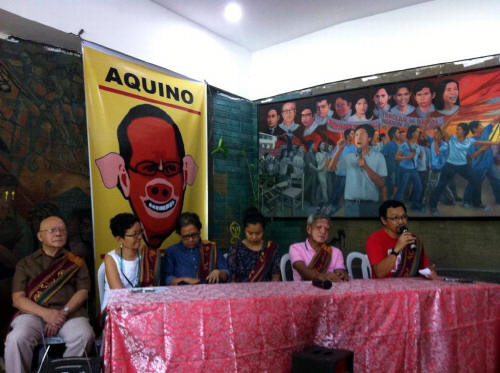 Other UP faculty members expressed their opposition to the pork barrel in Congress and the presidential pork barrel fund. They stressed that the allocation of P1.2 billion ($27 million) per senator for a six-year term and the P210 million ($4.8 million) for each member of the House of Representatives for a three-year term could be put to better use. They stressed the need for greater state subsidy to education, as well as other basic services like health.