MANILA – Public school teachers stormed the Government Service Insurance System (GSIS) head office in Manila on Oct. 19, Friday to protest the granting of P10.448 million ($242,416) in bonuses to its board of directors.

The teachers slammed the Governance Commission for Government Owned or Controlled Corporations (GCG) for reportedly granting bonuses to the GSIS board of directors.

The teachers lamented that while the executives of Government Owned and Controlled Corporations (GOCC) are seemingly trying to outdo each other in giving the highest perks, teachers are suffering from low wages and their benefits are also being reduced. 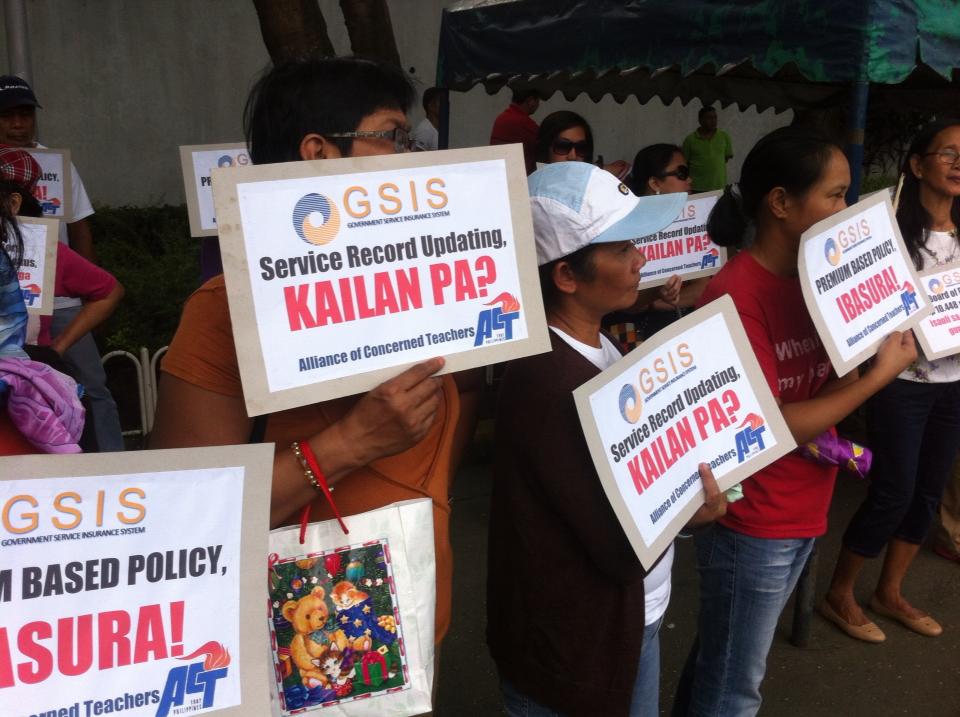 It was first reported that the executives of the Social Security System (SSS) have received a hefty bonus last year. PhilHealth officials were also reported to have received millions of pesos in bonuses. According to news reports, the GCG approved the granting of bonuses to 19 more GOCCs.

According to Benjie Valbuena, chairman of Alliance of Concerned Teachers (ACT), teachers make-up one-third of GSIS’s 1.6 million members whose income is way below the cost of living allowance. 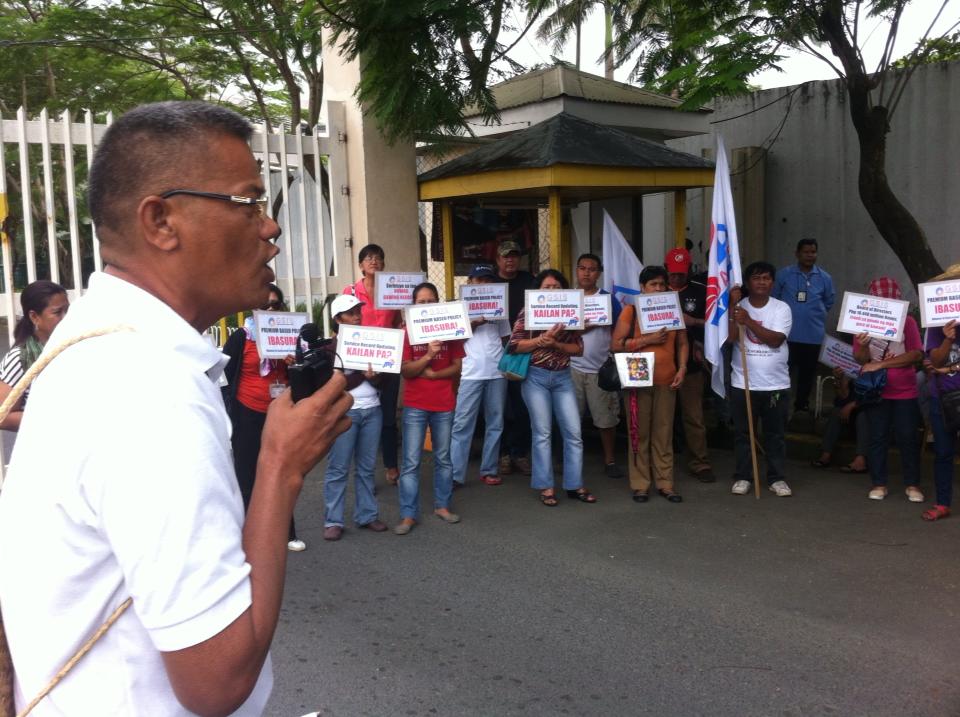 “It’s ironic that hundreds of thousands of teachers and government employees, who are members of GSIS, receive meager salaries. Despite this, they make sure that they pay their monthly contributions to the GSIS. GSIS executives, on the other hand, continue to take pleasure from raking in millions of pesos in salaries and benefits,” Valbuena said.

He said that problems like the reconciliation of records, updating of individual members accounts and unjust deductions from members still exist and have not yet been solved. He said that instead of spending the money for GSIS officials, the government should be spending these on the salary increases and benefits of teachers.

Photo by the Alliance of Concerned Teachers
Texts by Anne Marxze D. Umil