The US government shutdown was not to blame for the crashing of the food stamp program for poor families in 17 states on October 12, just the latest in a long line of snafus by private contractors hired by government.

On October 12, low-income shoppers in 17 states were unable to use their electronic food stamp debit cards. In this reporter’s neighborhood in downtown New Orleans that Saturday evening, rumors swirled around grocery store cash registers and street corners. Was the government shutdown to blame? Did the deadlock in Washington mean nutritional assistance was gone for good?

The public soon learned that government shutdown was not to blame. Xerox, a private company that state welfare agencies had contracted for computing services, admitted that a “routine test” caused a computer glitch that temporarily shut down the Electronic Benefit Transfer (EBT) system in Louisiana, Ohio, Michigan and 14 other states. 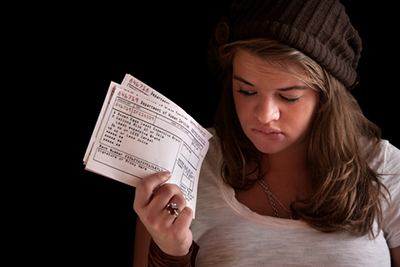 It turns out that the EBT incident is not the first screw up under Xerox’s watch. Affiliated Computer Services (ACS), a subsidiary of Xerox since 2000 that specializes in privatizing government administrative services for the most economically vulnerable Americans, has taken heat in the past for siphoning excessive fees from welfare recipients, mismanaging Medicaid payment systems, and failing to complete multimillion dollar contracts for public agencies.

One of ACS’s high-profile snafus occurred in Indiana after state politicians decided to outsource major public services as part of a failed privatization scheme, according to the Center for Media and Democracy (CMD):

Indiana’s 2006 experiment involving a $1.16 billion contract awarded to a consortium of firms including Affiliated Computer Services, Inc. (ACS) went so badly that the governor cancelled the contract at an unknown cost to the state, and the state legislature even considered banning privatization altogether.

Before Indiana privatized these services, it had one of the lowest rates in the country for incorrectly denying or ending access to food stamps, but in 2008, under for-profit outsourcing, that error rate jumped 13 percent according to the LA Times, resulting in kids going hungry and grandmas losing their Medicaid coverage.

The human cost of these failures is all too real. WTHR News in Indiana, reported on the story of Ronald Alexander, who died in 2009, more than a year after being wrongly denied Medicaid benefits and despite his frequent and frustrated attempts to get the help he needed.

Many blamed ACS, the main subcontractor on the project, for the repeated problems. By 2009, the state cancelled its contract and attempted to institute a hybrid method, transferring some functions back to the state government.

ACS’s rap sheet includes a failed Medicaid payment system in North Carolina and years-long delays in contracts to update Medicaid computing systems in New Hampshire and North Dakota, according to a recent investigation by the Center for Media and Democracy.

Between 2002 and 2005, several ACS employees incorrectly reported enrollment numbers in federally funded welfare programs in Texas that resulted in overpayments to ACS, the CMD reports. The company voluntarily reported the errors to government officials and reimbursed the government $2.6 million after a court settlement.

Since 2010, ACS and Xerox have together spent more than $5 million lobbying the federal government, according to the Center for Responsive Politics.

Xerox and ACS are not the only outsourcing firms that have put profits before the public interest, according to the CMD. In 2010, the France-based food service giant Sodexo was caught choosing food suppliers for public schools in New York based not on the quality of food provided, but rather on who could give Sodexo the highest cash rebate for a contract. After a state investigation and lawsuit, Sodexo agreed to pay $20 million to New York public schools after failing to pass the savings from those rebates to public college campuses and 21 public schools across the state.

Furthermore, private prison companies such as the Corrections Corporation of America (CCA) have made huge profits in recent years from federal policies that have increased incarceration and detention rates up to 500 percent in the past 30 years, according to the CMD.

In its filings with the Securities and Exchange Commission, CCA has sited “leniency” in enforcement efforts and sentencing practices as factors that could hurt the company’s profitability. The CCA charges state prison facilities by each bunk filled by an inmate, and the company has succeeded in securing occupancy quotas at prisons across the country to guarantee that taxpayers will foot the bill if prison beds are not filled, according to the Justice Policy Institute.

In 2012, 100 percent of CCA’s $156 million in profits came directly from taxpayers, but in 2013, the company converted into a real estate investment trust to avoid millions in corporate taxes, according to the CMD.