MANILA – Students of Far Eastern University (FEU) staged a five–minute freeze mob in front of Gate 4 of the university’s Morayta campus in Manila to call on President Benigno S. Aquino III and the Commission on Higher Education (CHED) to freeze tuition and other fee increases in all colleges and universities nationwide.

“In the midst of rising prices of basic commodities and services, increases in our tuition, miscellaneous and other school fees are inhumane. We hope that President Aquino will be decisive enough to stop the looming implementation of tuition hikes in our university and the rest of the schools all over the country,” Vincent Sudaria said, spokesman of the Rise for Education Alliance – FEU. 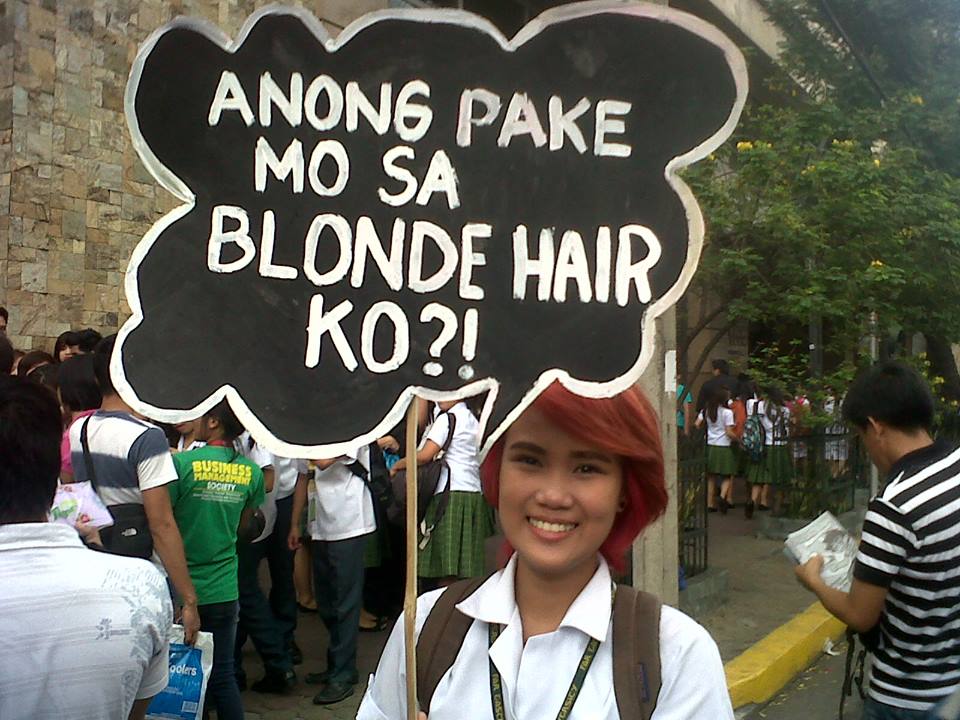 Sudaria added that to put an end to the annual increase of fees universities and colleges in the country, “Aquino must scrap all its deregulation policies concerning tuition and other school fees which allow school administrators to impose increases anytime and at the rate they would wish to.”

Students also protested against the uniform policy in their university, which prohibits hair color, tattoo, piercing and non-leather shoes. Students with tattoos and dyed hair carried banners that read “Being inked is not a crime,” among others.

According to the group, the FEU administration denies the existence of the said policy. But The Rise for Education Alliance in FEU stands firm that they have been receiving complaints from students who have been sanctioned for violating the university’s uniform policy. The group further cried foul over violations of their right and freedom of expression inside their campus. 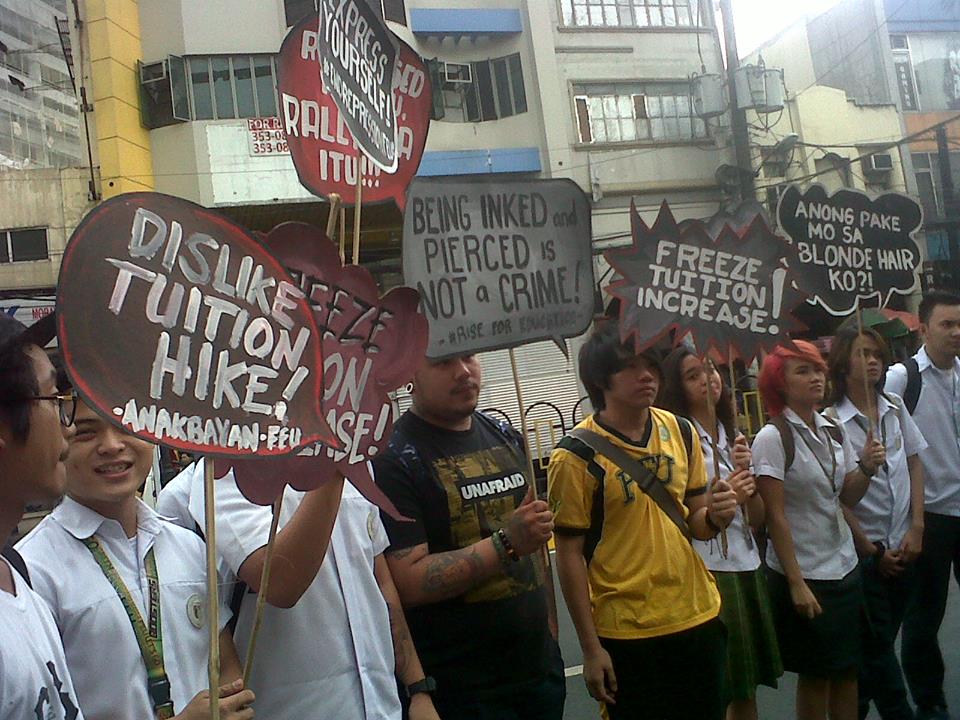 “Giving the FEU administration the benefit of the doubt that there is no such policy, we demand for an official written memorandum stating that they are not prohibiting hair colors, tattoo, piercing and non-leather shoes. We also seek an immediate dialogue from the FEU administration to discuss this matter as well as the issue of tuition increase for next year,” Sundaria said.

He also urged the FEU administration to issue a public apology and immediately withdraw all the sanctions against students who allegedly violated the policy, which was reportedly implemented last week.

The group also announced a bigger protest action and class walk-out against tuition and other fee increases that will be held on Feb. 28, in time for CHED’s deadline for tuition increase consultations.