MANILA – A rally of youth groups lead by Gabriela-Youth was violently dispersed by the Manila police and members of the Presidential Security Group (PSG) as they held protest action outside the Malacañang Palace on Thursday, March 6. 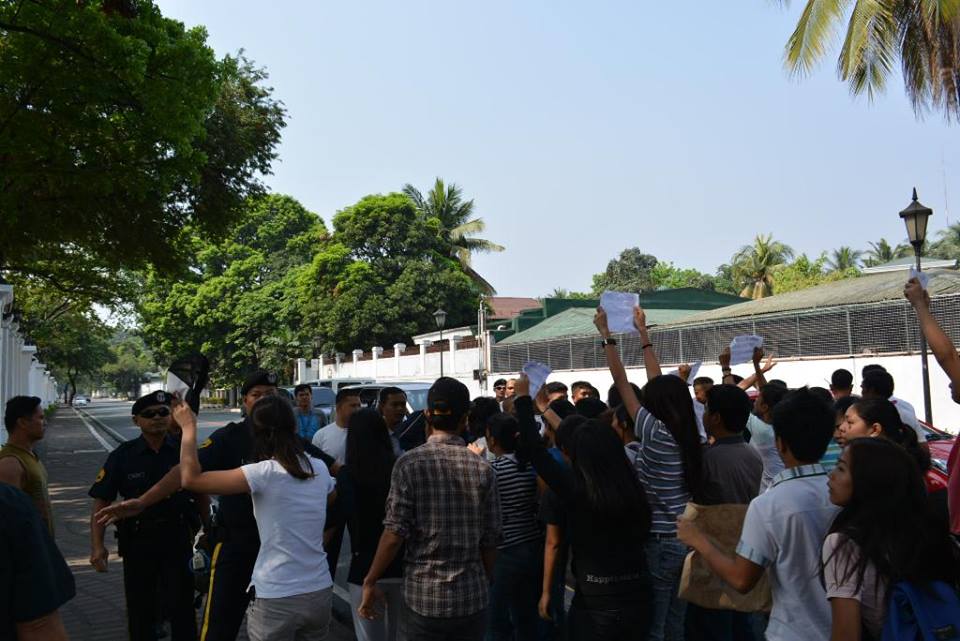 The protest was joined by the National Union of Students in the Philippines, Rise for Education, Anakbayan, League of Filipino Students, Kabataan Partylist and students from the Polytechnic University of the Philippines. The groups lambasted President Benigno S. Aquino III’s abandonment and neglect of youth’s right to education resulting in tuition and other fee hikes, anti-student policies, increase in different school fees, among others. 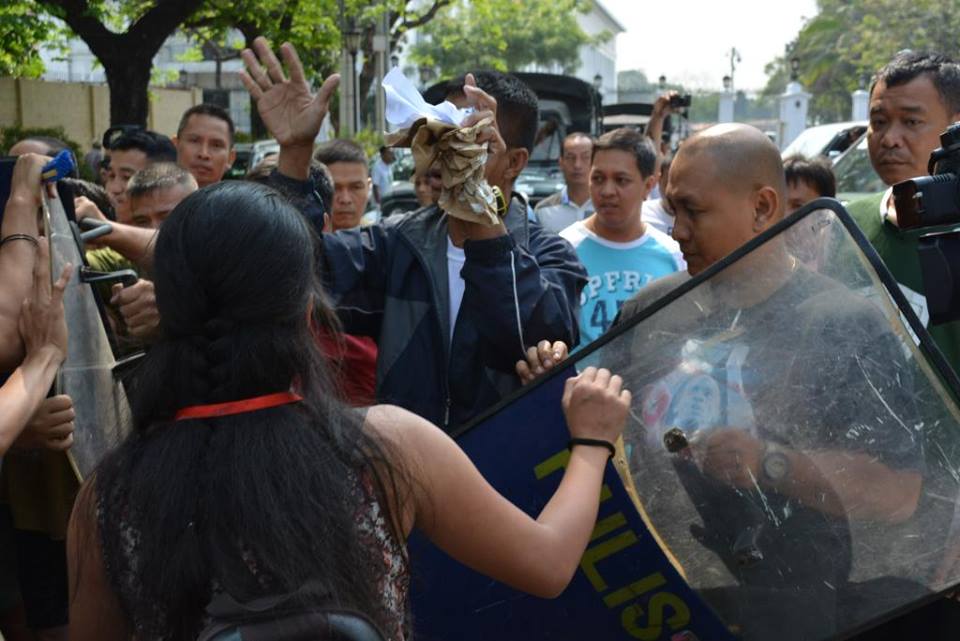 The National Union of Students of the Philippines (NUSP) strongly condemned the said violent dispersal. NUSP secretary general Ely Carbon was hit at the head by alleged intelligence personnel. 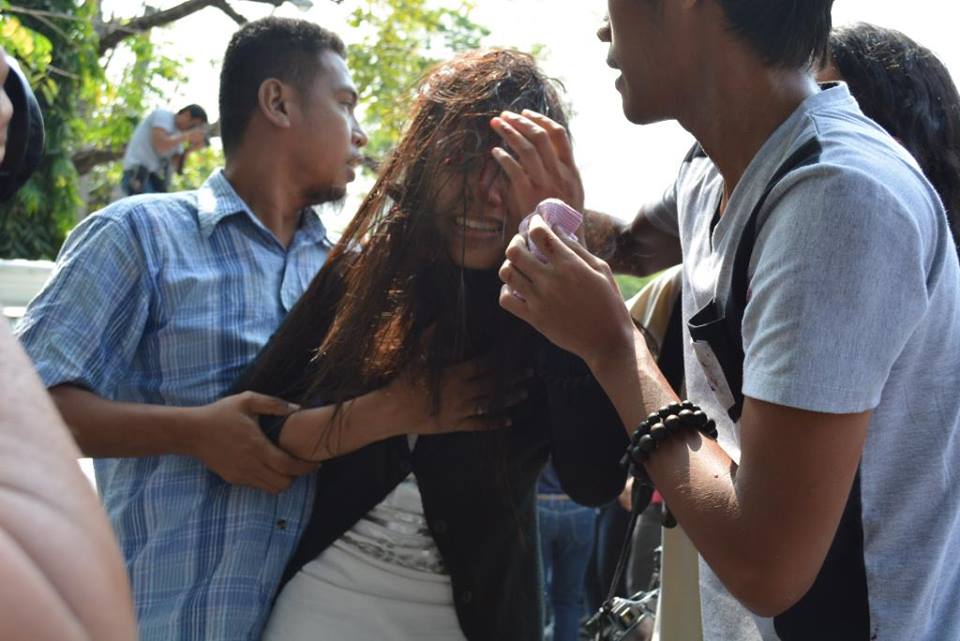 The youth also demanded a stop to impending tuition and other fee increases in around 400 schools all over the country, and to price increases of basic goods, services and utilities such as electricity and oil, among others. 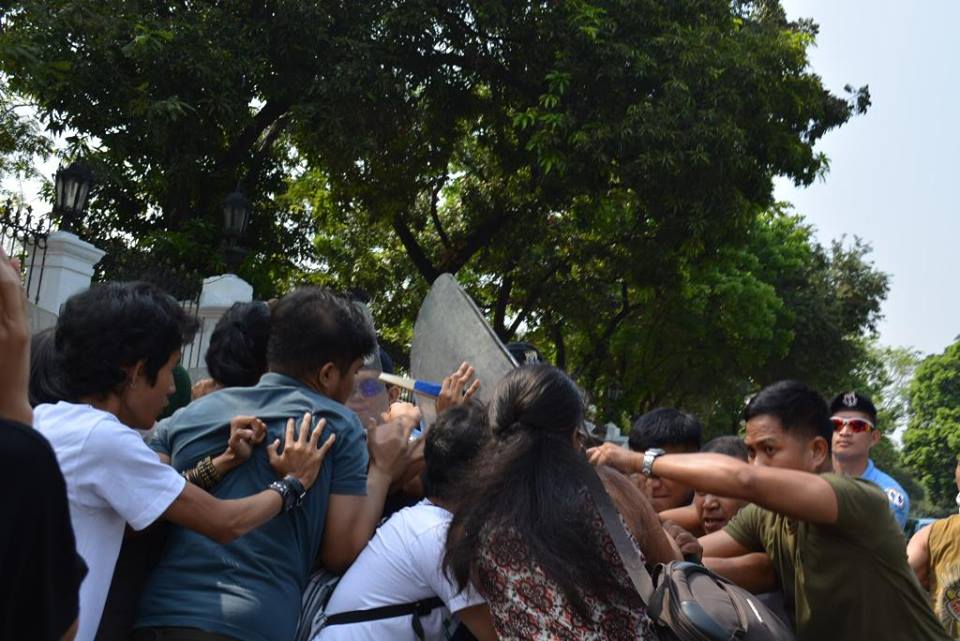 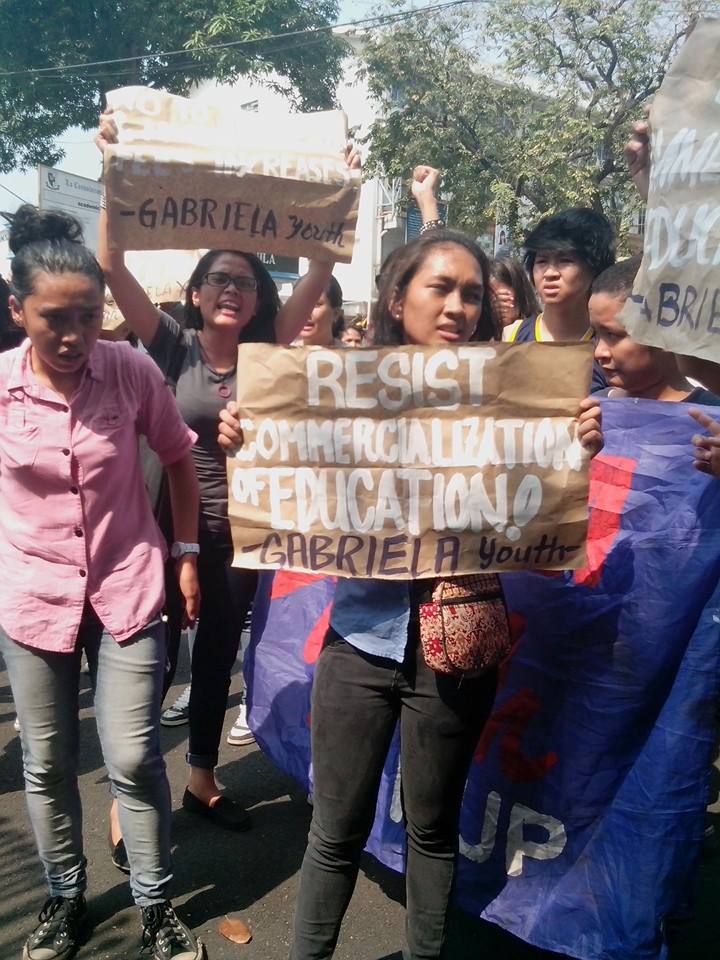 “The Aquino administration shows how violently anti-student and anti-people it is! First, it is violent in failing to guarantee free, accessible and quality education to all – allowing yearly tuition hikes. Add to this the surge of price increases. Second, it is violent, literally, using state, military and police violence in an attempt to silence and contain the multitudes of protests against this government,” Sarah Elago, national president of the NUSP and co-convenor of the Rise for Education Alliance.