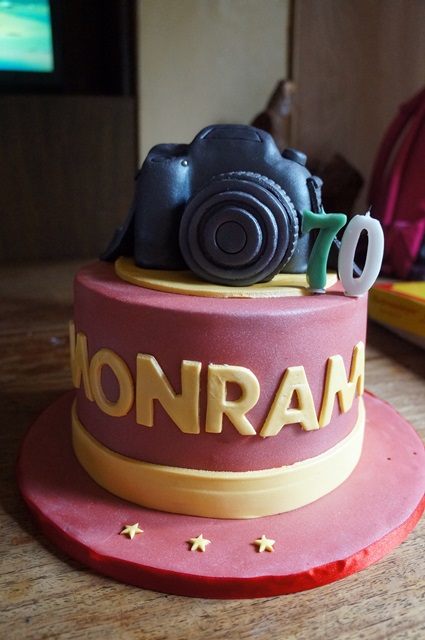 “He is one of the first geeks of the movement. And he continues to use his expertise in advocating people’s issues, such as the issue of power rates,” Ganni Tapang of Agham said.

Ramirez’s surprise birthday celebration happened right after a forum on the issue of the increase in power rates, where he was invited as a speaker.

He was given a DSLR-shaped cake. 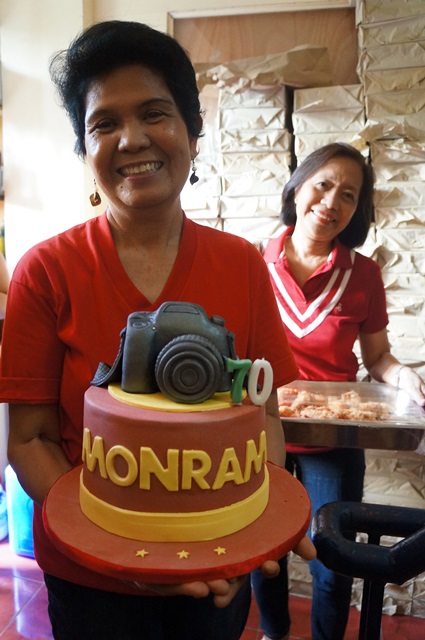 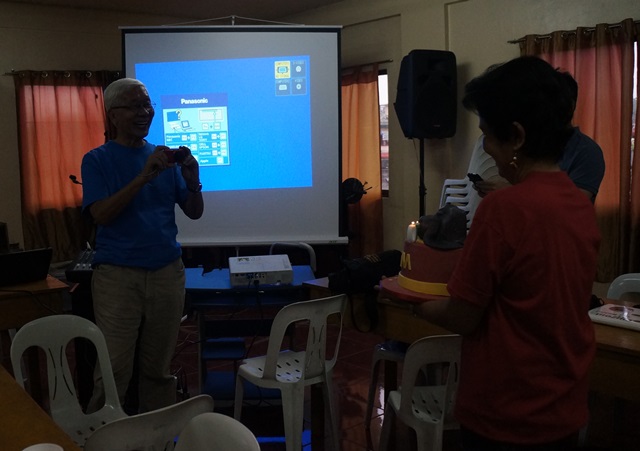 Progressive leaders and relatives of Ramirez took turns in giving their birthday wishes and messages for Ramirez.

Ramirez entered the College of Engineering of the University of the Philippines in 1961, where he received a scholarship under the Eleuterio Go Memorial and the ESSO scholarship. He topped the electrical board examinations in 1967.

He was a member of the Samahan ng Makabayang Siyentipiko, a group of scientists in UP during the 1970s.

He was arrested twice: first during the martial law and then in 1992, where he was charged with murder, illegal possession of firearms and kidnapping. Ramirez was detained for three months.

“When young people discover that I am active in Facebook, they find it weird that an old man like me uses it,” he said in a previous Bulatlat.com report. 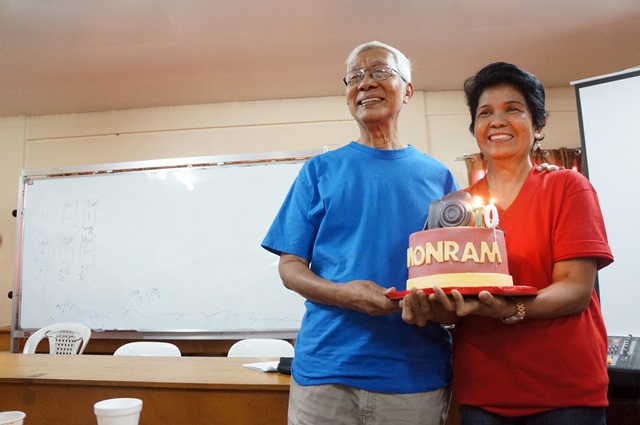 Ramirez was awarded the University of the Philippines Alumni Association Distinguished Award for Social Cohesion in 2011.

Tapang added that Ramirez is a “good example to future scientists on how to serve the country.”