Where is justice for women victims of violence? 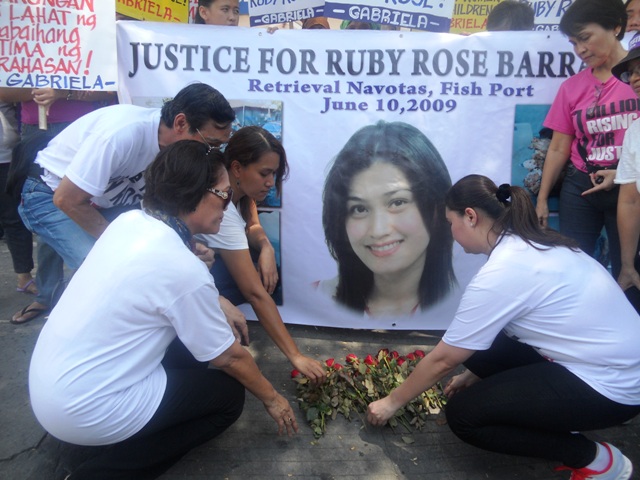 MANILA – Women’s group Gabriela joined the call for “long overdue” justice for Ruby Rose Barrameda who went missing in 2007. Her body was found inside a cemented steel drum two years after.

Gabriela with Ruby Rose’s parents and sister Rochelle Barrameda, former beauty queen and actress, gathered at the Chino Roces Bridge (former Mendiola Bridge) on the last day of Women’s Month March 31 to decry the continuing lack of justice for Ruby Rose and other women victims of violence in the current administration of President Benigno S. Aquino III.

“That justice continues to be to be un-served and named suspects to the murder of Ruby Rose are still able to elude the law shows just how criminally negligent the Aquino administration is in upholding the human rights of women in the country. It has been seven years since Ruby Rose was killed and justice remains elusive for her family,” said Joms Salvador, secretary general of Gabriela. 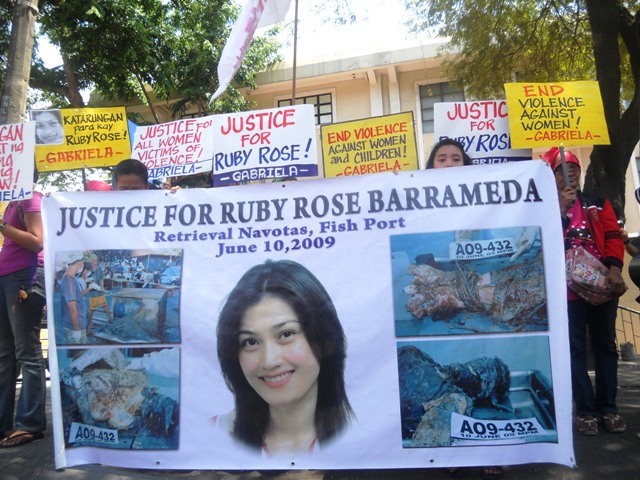 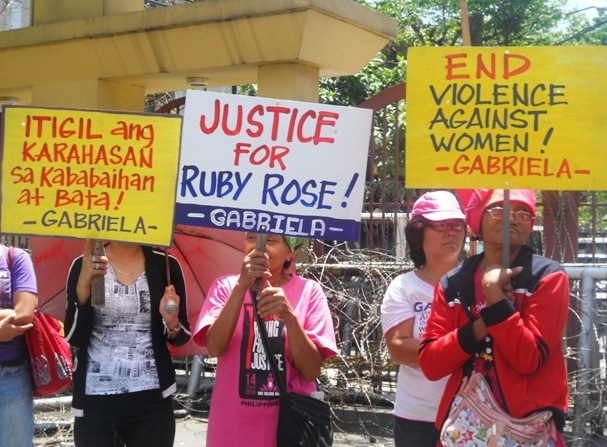 “The same goes true for many other cases of violence where the wheels of justice are turning painfully slow in the face of complicity of those in positions of power and utter government neglect of families of victims who are seeking justice,” Salvador added.

The suspects in Barrameda’s murder are her father-in-law Manuel Jimenez Jr. who is under hospital arrest, uncle-in-law Lope Jimenez and husband Manuel Jimenez III who remains at large.

“The perpetrators of this crime should be held accountable because by allowing them to go away with their crime impunity worsens,” said Gabriela Women’s Party Rep. Emmi De Jesus.