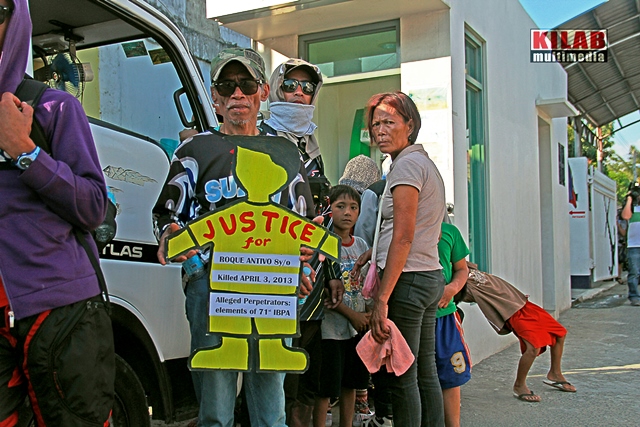 More than a thousand children advocates, including Evelyn Antivo, mother of 8-year old Roque, allegedly killed by elements of 71st Infantry Batallion of the Armed Forces of the Philippines, held a rally in front of EastMinCom in Camp Panacan, Davao City on 03 April 2014, after the Prosecutors Office of Compostela Valley dismissed the case filed against the accused perpetrators.


The protest rally, held in commemoration of Roque’s first death anniversary, calls for justice for all children killed by the state forces. They call also for an end to impunity, as most perpetrators have remained unpunished. 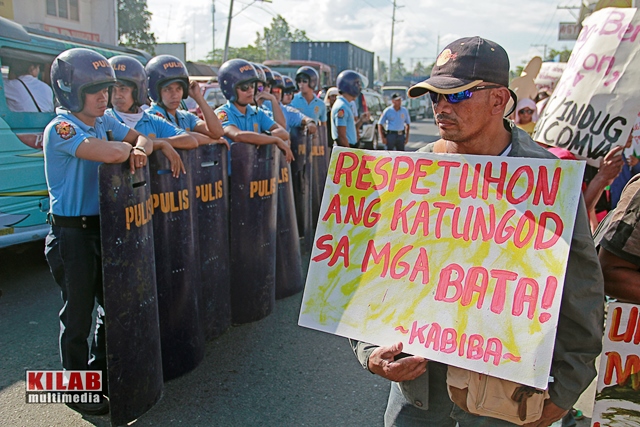 Roque was killed on April 3rd last year at 6:30 in the evening in Barangay Anitapan, Mabini, soldiers of 71st IB indiscriminately fired at his location. Roque was with his elder brother, Earl John, 12, and uncle Jeffrey Hernan, 13. They were headed home from their farm.

Jeffrey was wounded in his chin and left shoulder while Earl John was hit with shrapnel in his left cheek. Both children are still suffering from severe psychological trauma.