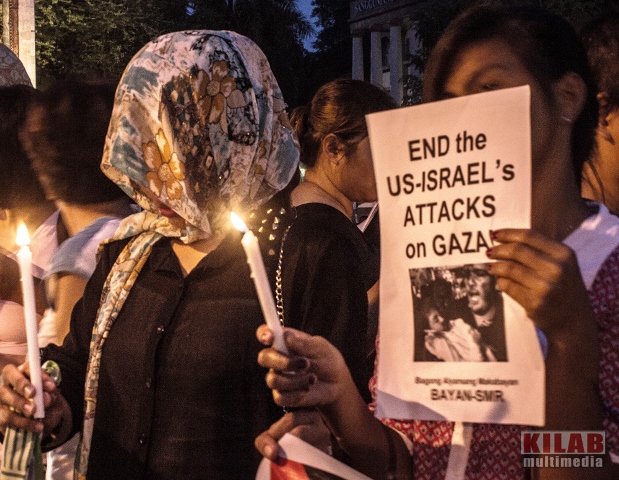 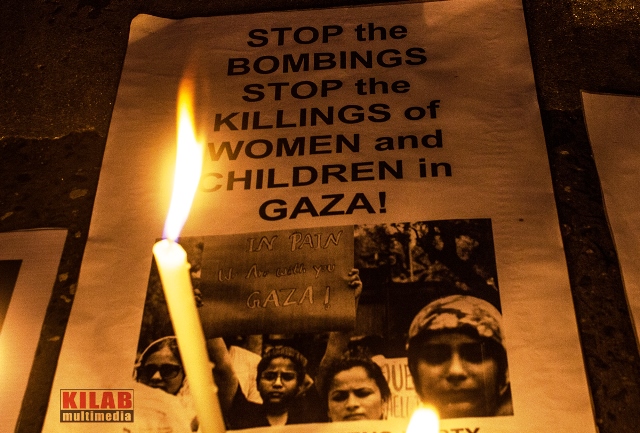 They lit candles for the victims. Since the start of recent attacks, about two hundred of children were killed due to aerial bombardments. 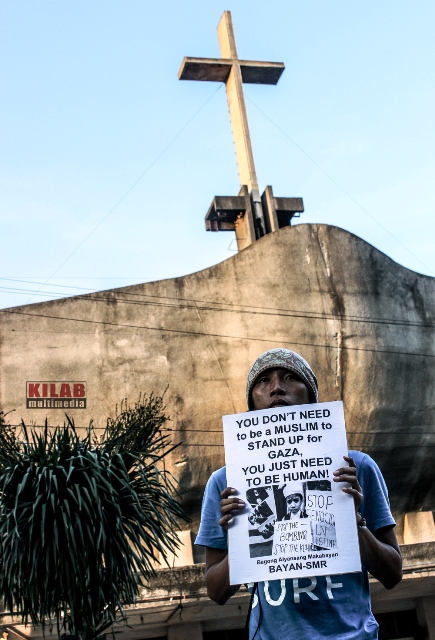 Israeli government’s war against the Palestinians in Gaza is a US-backed aggression according to Bayan-SMR. 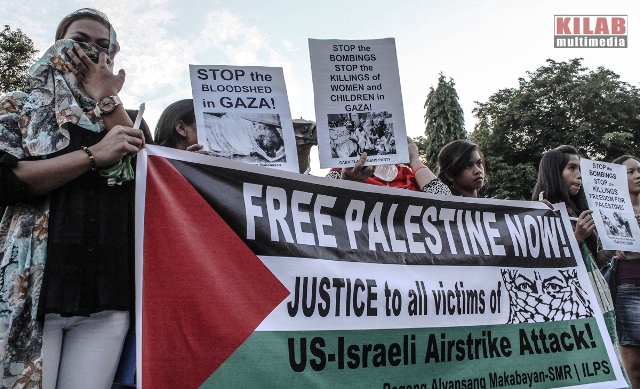 Protests against the airstrike and against the US-backed Israeli forces continue to be held in various states of the USA, and in about 40 other countries.