SONA ng Bayan did not only serve as a venue for various sectors to air their grievances toward the Aquino administration but also an opportunity for artists to showcase their talents for a cause.

Bands like Pinkcow, The Jerks, Five-year Plan, Musikang Bayan, Datu’s Tribe, and representatives of people organizations were among the performers who took the stage at the SONA ng Bayan last July 28.

Aside from musicians and poets, visual artists also gave color and life to the protest action. Art were showcased in the form of photos, streamers, head gears, and protest’s iconic effigy – mostly inspired by images of the president and his cabinet secretaries, and calls to resolve different social issues. 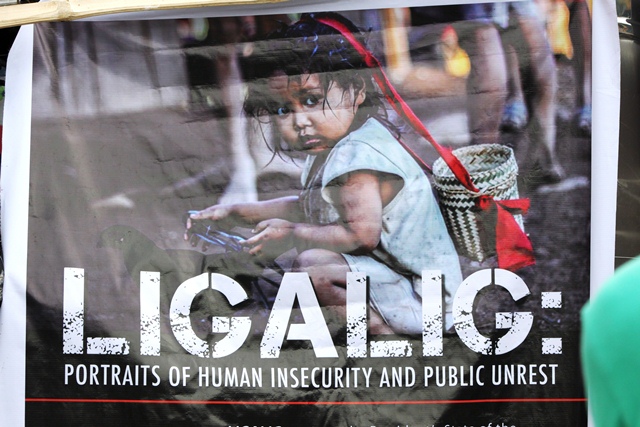 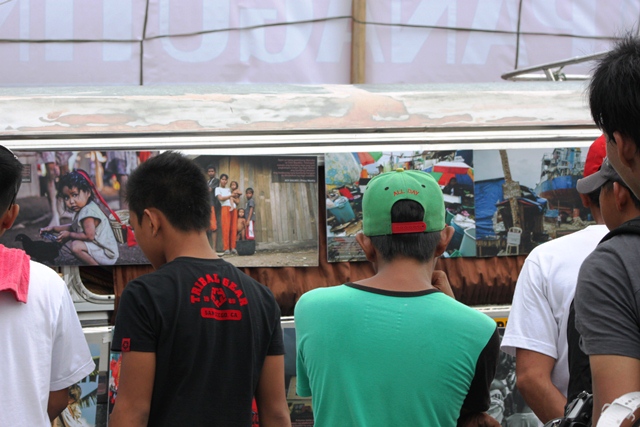 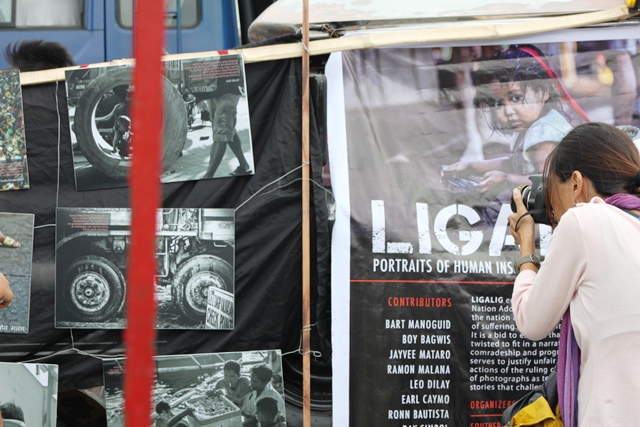 A photo exhibit titled “Ligalig: Portraits of Human Insecurity and Public Unrest” was installed at the back of the stage at the SONA ng Bayan. The exhibit featured 25 photos depicting poverty, labor issues, and human rights violations, among other issues. 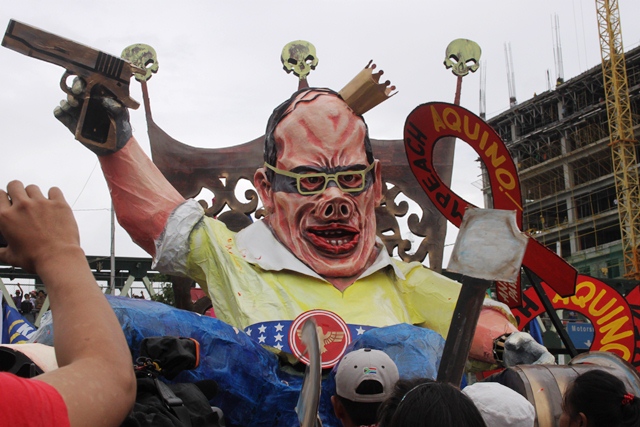 This year’s iconic SONA effigy is inspired by President Noynoy Aquino’s involvement in the DAP controversy. The “Aquino holDAPer” 12-foot effigy was created by Aldrein Silanga of Bayan. 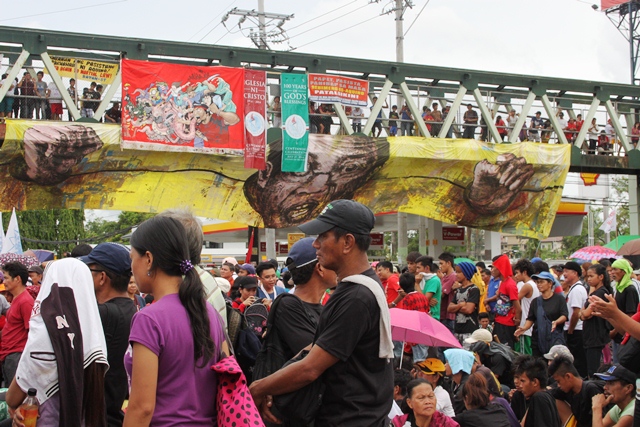 A huge streamer featuring Aquino in handcuffs was hung on the Commonwealth footbridge.