You Are Here: Home → 2014 → August → 6 → As they assert rights to a union, port workers battle illegal dismissal

As they assert rights to a union, port workers battle illegal dismissal 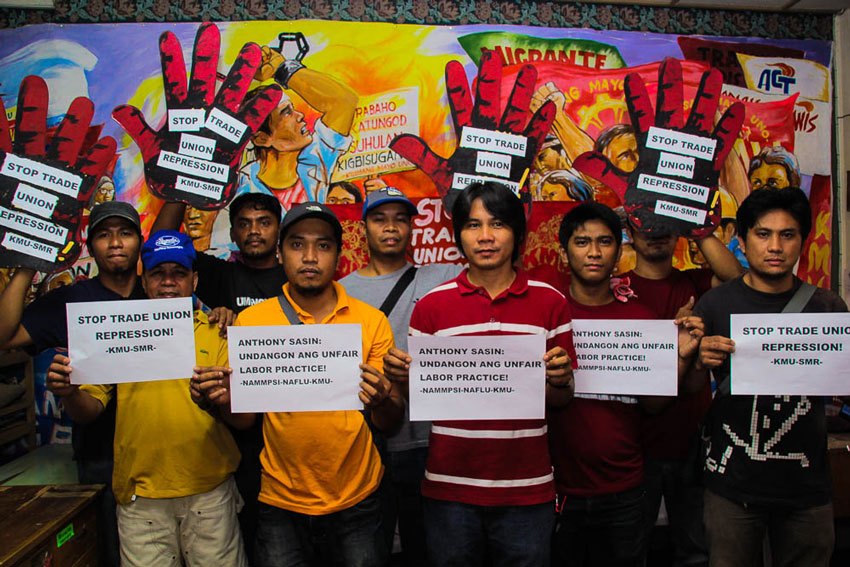 In a press conference yesterday at KMU-SMR office, Olalo disclosed this filing of an illegal dismissal case against the management, saying his dismissal and that of the rest of the members of the union were baseless.

“We are also condemning the harassment of 53 of our fellow workers. That is why we will conduct collective actions such as pickets,” Olalo said during the press conference.

The union leader shared how the unionists got to be in this situation. “We were dismissed for exercising a legitimate right provided under the law – the right to organize and freedom of expression,” Olalo said.

He added that their employers, MPSI and Sasin, did not respect those rights and instead forced them out of the company to prevent them from organizing more workers. The workers’ harassment started after the KMU-backed union challenged the Association of Trade Unions-Trade Union Congress of the Philippines (ATU-TUCP) which was the incumbent union at MPSI. The progressive unionists fought the former in a certification election duly approved by the labor department in the area, according to Olalo.

Union leaders such as the Berderas were suspended days before the scheduled election. The progressive union interpreted it as a management ploy to bar them from campaigning in the workplace.

Olalo also scored the inaction of ATU-TUCP on his dismissal and the termination of the Berderas.