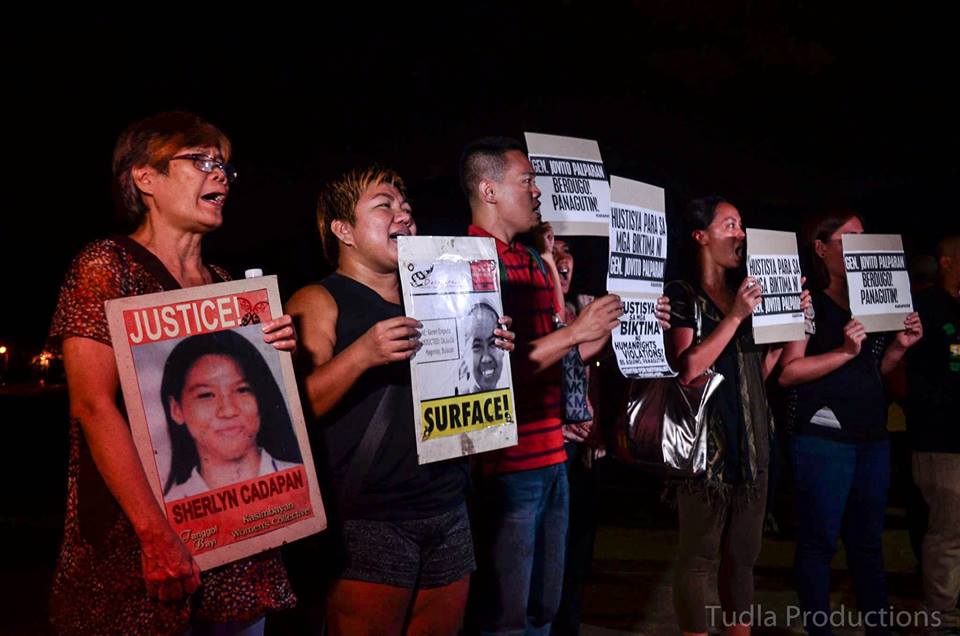 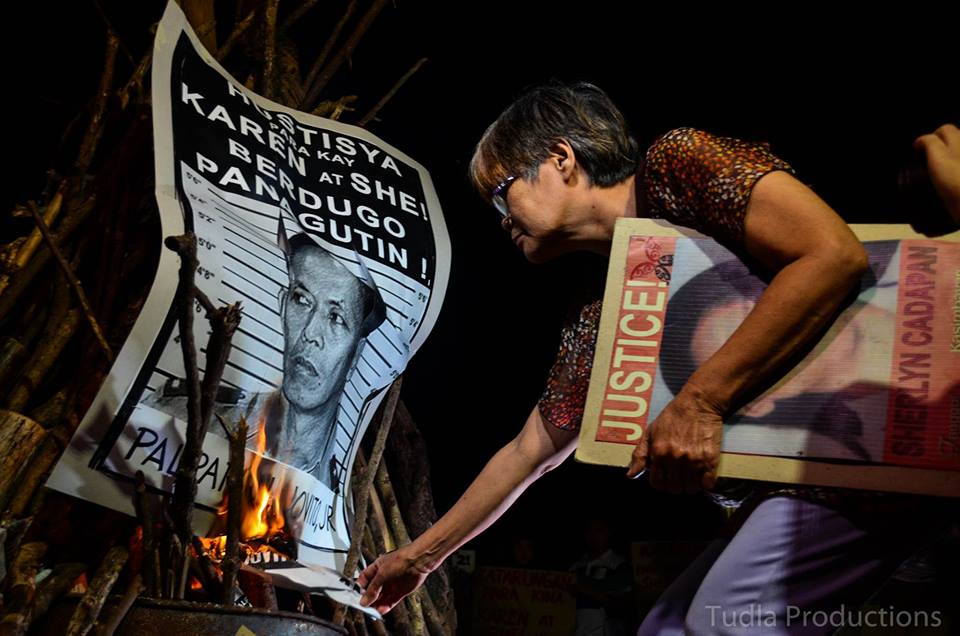 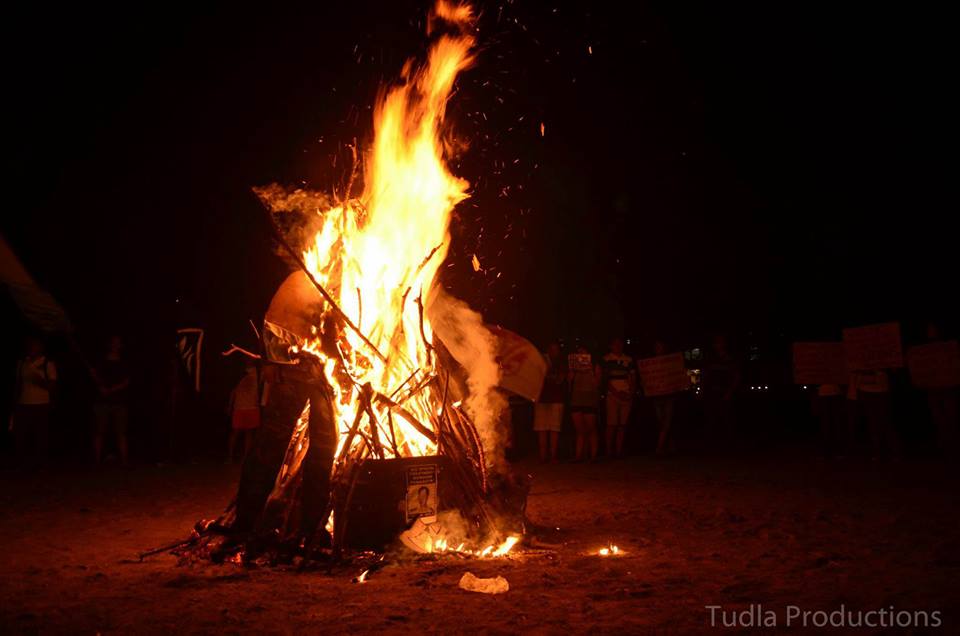 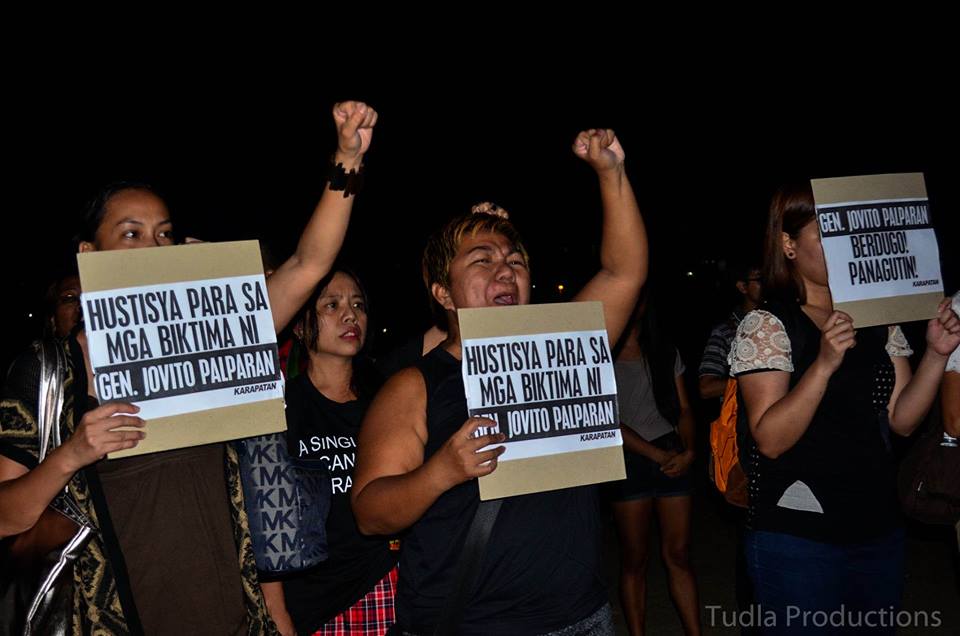 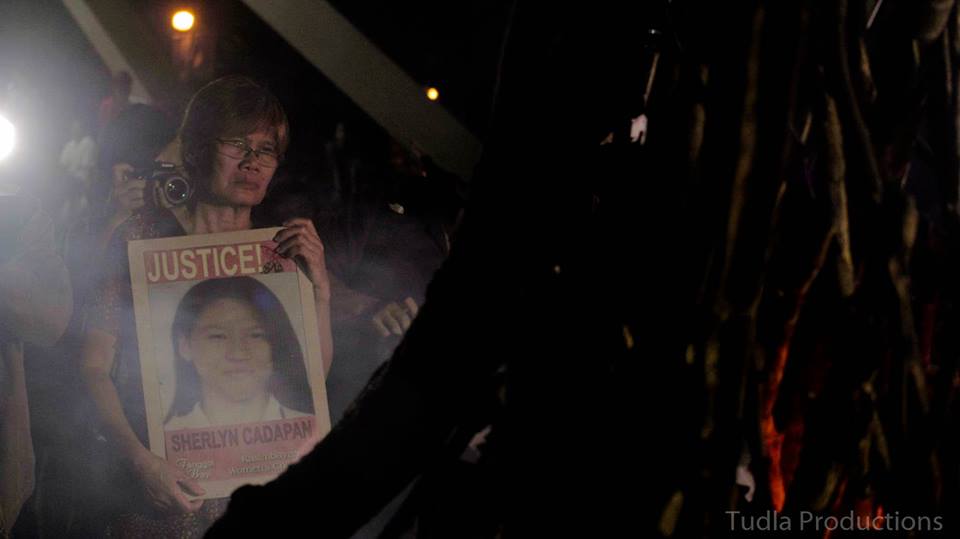 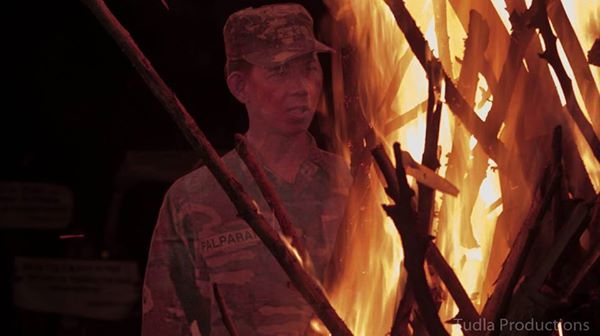 Faculty and students of the University of the Philippines burned an effigy of retired Army Maj. Gen. Jovito Palparan, popularly known as ‘The Butcher’ and accused in the disappearance of UP students Karen Empeño and Sherlyn Cadapan. At a protest program at the university’s Sunken Garden, Sherlyn’s mother Linda, along with human rights advocates, joined as protesters to demand the swift delivery of justice for the two missing students. A spate of killings, abductions, and various forms of human rights violations were perpetrated during Palparan’s term as commander in the military divisions in Southern Tagalog, Central Luzon and Eastern Visayas.

Text and photos by TUDLA PRODUCTIONS