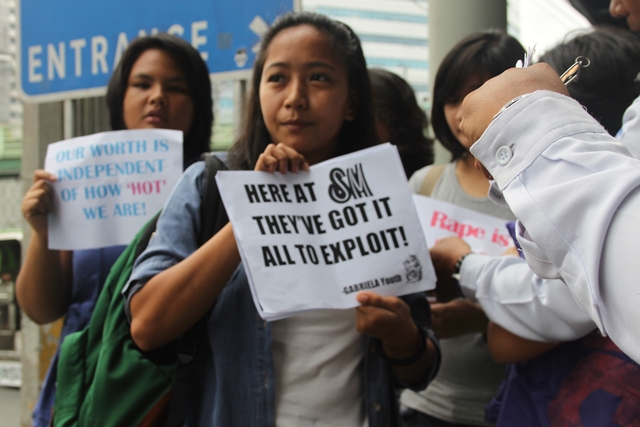 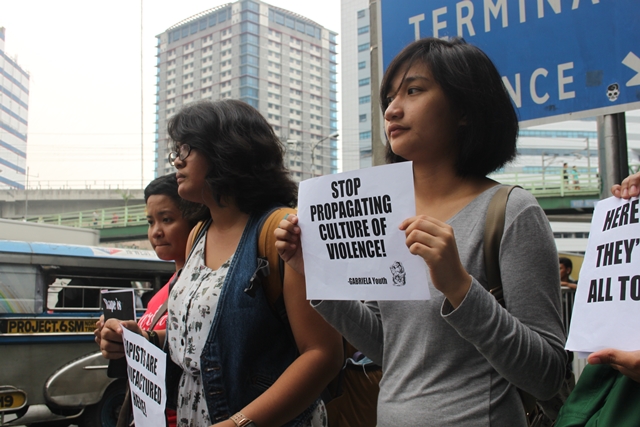 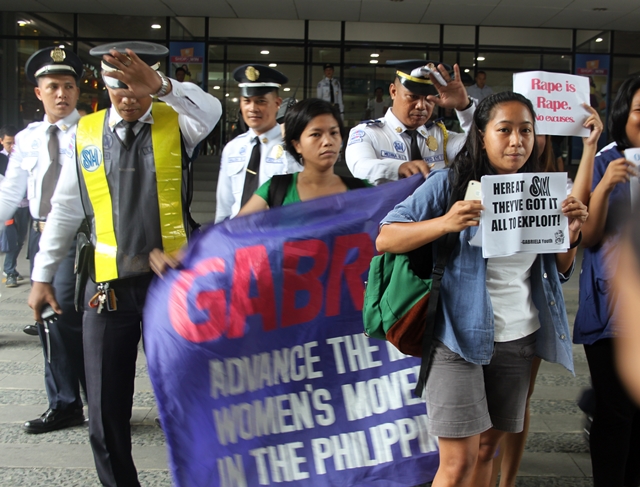 QUEZON CITY — On September 25, members of Gabriela-Youth held a protest action in front of SM North Edsa Gate 3 to condemn SM Mall and Bench’s recent involvement in discriminatory and derogatory portrayal of women on their respective products and event.

The group denounced the controversial ‘rape statement shirt’ sold at SM department stores, which states “It’s not rape. It’s a snuggle with struggle.” and Bench’s recently held The Naked Truth fashion show, which showcased women kissing on stage and a woman acting as a pet on a leash.

According to Alex Torres, secretary general of Gabriela Youth, the explicit content and message of such products and event have perpetuated the rape culture in the society, “It mirrors a patriarchal society devaluing women as sex objects.”

Torres also cited that such acts are violating some of the provisions of RA 9710 or the Magna Carta of Women which enjoined non-discriminatory and non-derogatory portrayal of women in media and film.

The protest, however, lasted only for few minutes, after the security guards forced the students to end the action and leave the premises of the mall. The guards insisted that the students need to secure a permit from the management and barangay before staging a protest.