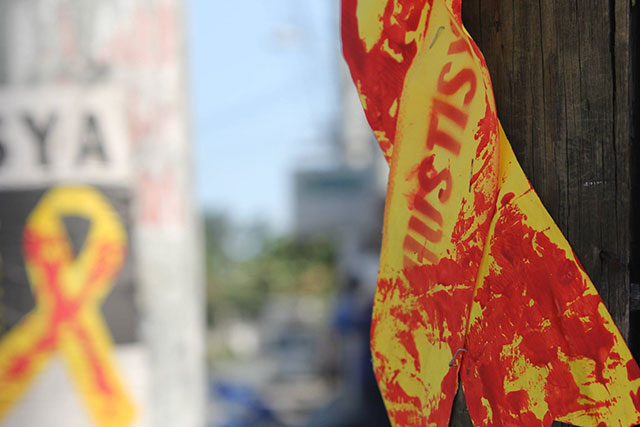 To symbolize the outrage over the absence of justice for the victims of Hacienda Luisita massacre, farmworkers and human rights advocates tied bloodied yellow ribbons near the President’s ancestral home in Times st., Quezon City. 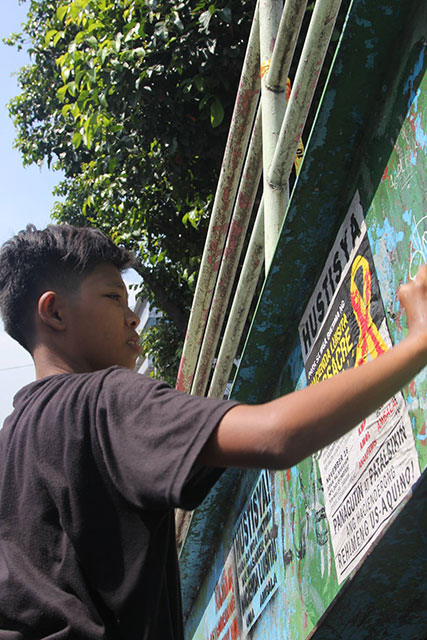 Members of human rights alliance Karapatan and the Unyon ng mga Mangagawa sa Agrikultura (Uma) held the protest action four days before the tenth anniversary of the Nov. 16, 2004 massacre that claimed the lives of seven farmworkers. 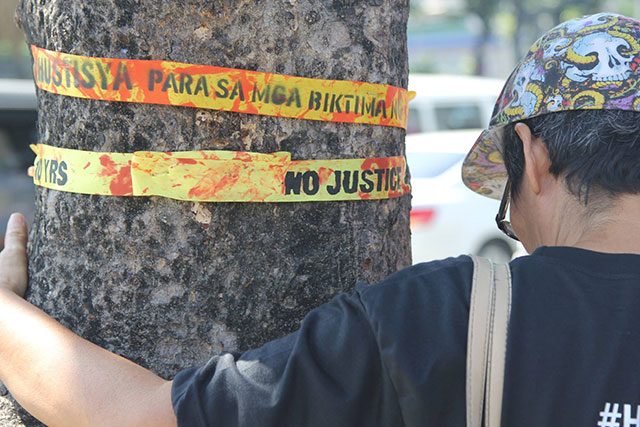 At the time, Aquino was congressional representative of Tarlac. In a statement, Marie Hilao-Enriquez, Karapatan chairwoman, said, “Now that he is President, he has not only continued to use state machineries to maintain control of the hacienda but has also made the Armed Forces of the Philippines and other paramilitary groups all over the country to be part of his ‘yellow army.’” 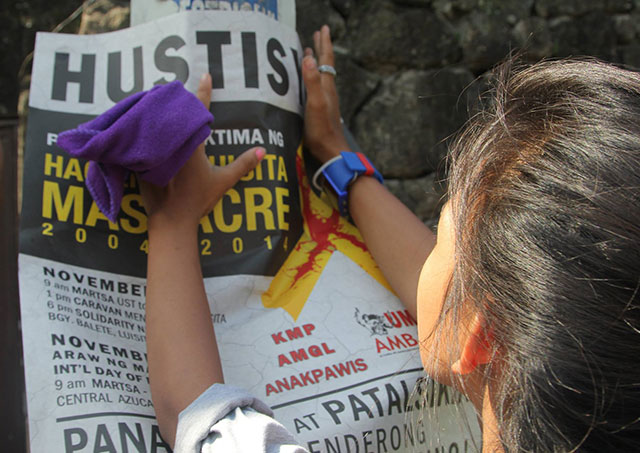 According to Karapatan, yellow army refers to the private army allegedly maintained and controlled in the late 1980s by the Cojuangco-Aquino clan to coerce and pacify the farmworkers in Hacienda Luisita. 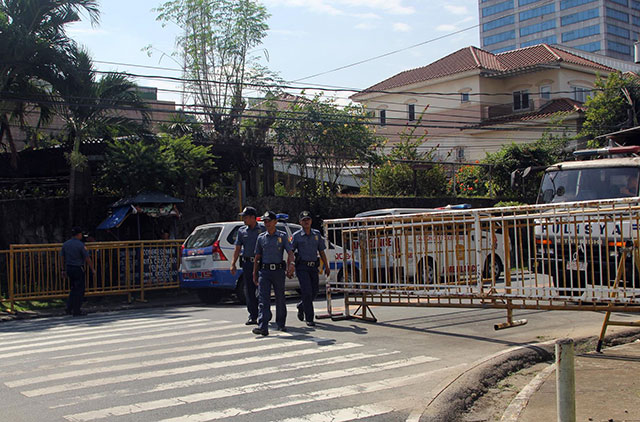 Enriquez claimed that the new yellow army inside the hacienda is composed of the security guards hired by the Tarlac Development Corporation (Tadeco), the local police and the Army’s 701st Infantry Battalion. Since December 2013, Tadeco guards have been bulldozing farmlands and destroying the huts of Hacienda Luisita farmers.