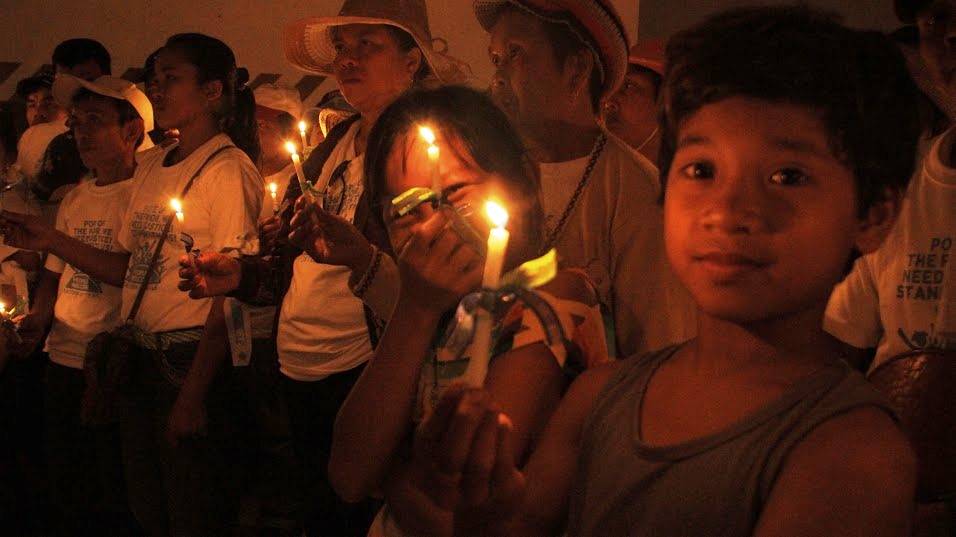 MANILA — Pope Francis had prepared but failed to deliver a speech during his Tacloban visit to storm survivors on Jan 17. Part of his speech goes like this:

“Today, from this place which has known such profound suffering and human need, I ask that even more be done for the poor. Above all, I ask that the poor throughout this country be treated fairly – that their dignity be respected, that political and economic policies be just and inclusive, that opportunities for employment and education be developed, and that obstacles to the delivery of social services be removed. Our treatment of the poor is the criterion on which each of us will be judged (cf. Mt 25:40, 45). I ask all of you, and all responsible for the good of society, to renew your commitment to social justice and the betterment of the poor, both here and in the Philippines as a whole.”

Though he had to cut short his trip and miss more personal encounters with storm survivors, on the eve of Pope Francis’ visit to the typhoon-devastated city of Tacloban, pilgrims from different parts of Leyte and Samar and advocates from various sectors under the People’s Committee to Welcome the Pope in Eastern Visayas (People’s Welcome-EV) held what they call as a Gathering of the Poor at the University of the Philippines – Tacloban College. They did a candle-lighting vigil to appeal for the pontiff to give voice to Typhoon Yolanda (Haiyan) survivors’ calls for justice and accountability. 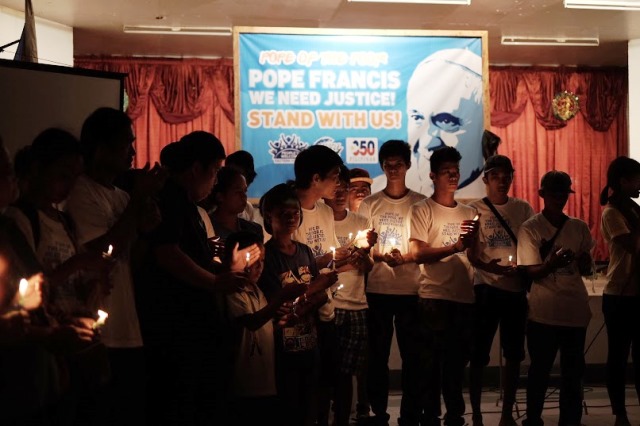 “Pope Francis wants to see the concrete abject conditions in the frontline communities in Eastern Visayas, not the sea of police and pretention deliberately set up by the Aquino government,” said Dr. Efleda Bautista, chairperson of the People Surge Alliance for Yolanda (Haiyan) Survivors and convener of People’s Welcome – EV.

In the course of helping the survivors to get back on their feet, the People Surge Alliance for Yolanda has exposed the Aquino government’s scanty to none, profit-driven, highly militarized and laced with partisan politics types of response to the needs of typhoon survivors for relief and rehabilitation. The alliance has been conducting organized cooperation and emergency response activities since it was formed a few weeks after Yolanda’s landfall. In the process, they meet head-on bottlenecks and situations contrary to what the government has been claiming, thus the unavoidable task of tackling as well the contrasting government claims and situation on the ground.

With the Pope forced to cut short his itinerary with storm survivors, Dr. Bautista of People Surge asked His Holiness in a statement to join their continuing calls for justice and for accountability “of an unfeeling and despotic government” which she says has abandoned the frontline communities most vulnerable to disasters and other impacts of climate change. 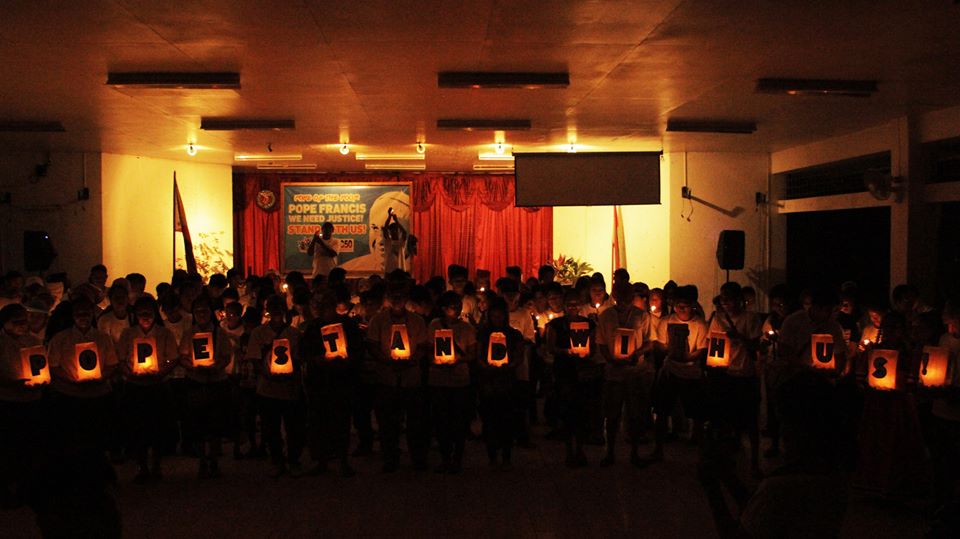 People Surge expressed support of the Holy Father’s climate activism as the pope prepares to release an encyclical on climate crisis after visiting Tacloban. But the group asked Pope Francis to step up this “climate crusade.” This, the Pope can do, they said, if Vatican would divest from investments in fossil fuels known for spurring global warming and climate change.

Zephanie Repollo, Southeast Asia coordinator of international climate action group 350.org, said “divesting the Vatican from fossil fuel projects and corporations is a major step His Holiness can undertake not only to significantly cut global carbon emissions that cause global warming, but also to challenge polluter nations and companies to follow his example.”

Even if the pope had left, the pilgrims pushed ahead with their gathering in Tacloban, opening it with a liturgy led by the religious. They reflected on Pope Francis’ social teachings and ideals. They then shared testimonies and cultural performances highlighting the issues of disasters, big mining, corruption, and militarization that beset the lives of most disaster survivors in the country.

Sr. Noemi Degala, executive secretary of the Sisters’ Association in Mindanao (SAMIN) said the religious sisters from various congregations in Mindanao have written postcard messages asking the Pope to stand with them in calling for social and climate justice, “especially for the poorest and most vulnerable communities whose most basic needs are neglected by the duly-mandated government.” 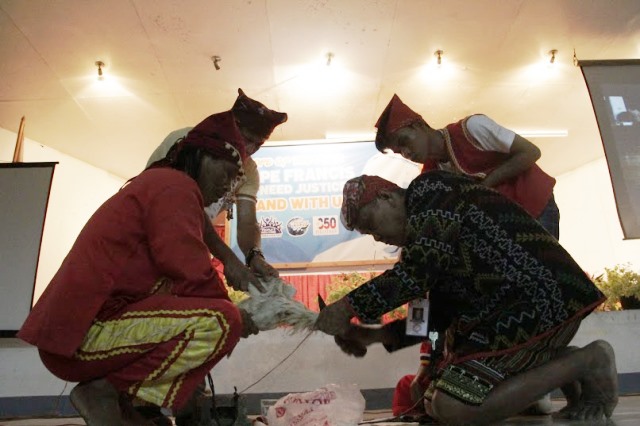 Dulphing Ogan, secretary general of Mindanao indigenous people’s organization KALUMARAN, said the indigenous people of Mindanao are fellow children of the storm of the Yolanda survivors, as they have also gone through an unending string of devastating typhoons compounded by intensifying militarization especially in remote communities, topped off with aggressive large-scale mining and other so-called development projects.

“We made this pilgrimage to Yolanda ground zero in solidarity with the survivors and with the ideals of the Pope.” Ogan said at the gathering. KALUMARAN is a Mindanao-wide indigenous people’s group that is a partner organization of SAMIN.

These groups are increasingly coming together in similar gatherings because even as they hope for the best, the present conditions are forcing them to anticipate the worst and to band together to face it. As Christopher Durana, president of No-Dwelling Zone communities’ alliance BAKHAWAN, said at the gathering of the poor, the daily injustices they continue to face more than a year after storm surges destroyed their homes are only bound to worsen as typhoons get stronger and more frequent. It did not help, or it makes it worse, he said, that “the government continues to exclude the majority of typhoon victims from Emergency Shelter Assistance and other forms of recovery and reconstruction measures.”