‘Aquino, US govt should be invited to Mamasapano probe’

“Only the president can explain what’s behind the guidance. He endangered the SAF, and when they needed help, he said ‘best effort.’”

MANILA — Lawmakers belonging to the Makabayan coalition said President Aquino should be “respectfully invited” to the ongoing probe at the House of Representatives to shed light on his role in the bloody Mamasapano operation.

On the first day of the House investigation on Feb. 11, Act Teachers Partylist Rep. Antonio Tinio said Aquino should be invited to give his account on the rescue mission for the ill-fated men of the Philippine National Police-Special Action Force (PNP-SAF) in the Jan. 25 operation in Mamasapano, Maguindanao.

Tinio filed a motion to invite the President, but after a compromise with other lawmakers, he agreed to “temporarily withdraw the motion” with the assurance that it will be acted on in the next hearing.

Earlier in the hearing, Bayan Muna partylist Rep. Neri Colmenares filed a motion to invite Aquino, but it was quickly shot down in a voting among the members of the House Committees on Public Order and Safety, and on Peace, Reconciliation and Unity.

Tinio insisted that his motion was different from Colmenares’, because it was prompted by information that the President was involved in the decisions on the rescue efforts for the SAF men. 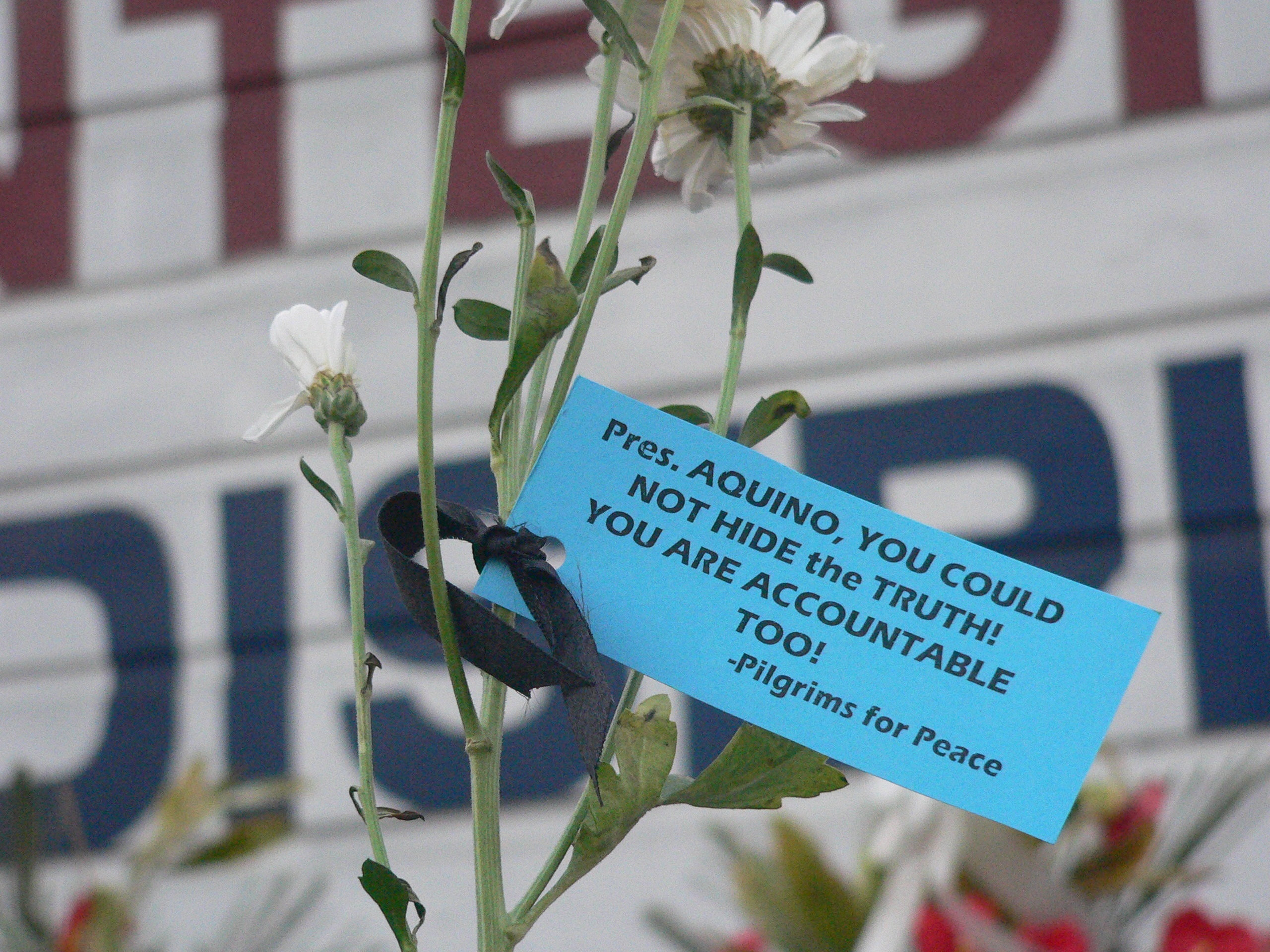 Western Mindanao Command chief Lt. Gen. Rustico Guerrero confirmed during Tinio’s questioning that he sent Maj. Gen. Edmundo Pangilinan of the 6th Infantry Division chief the following SMS, at 6:56 pm of Jan. 25: “Best effort without endangering our reinforcing troops per guidance of president. Ensure no friendly fires since it is nighttime. If we can resupply them with ammo and food, how?”

Guerrero also confirmed that he sent Pangilinan another SMS at 7:49 pm of the same day: “Ed, give me your con op on how to rescue or resupply the SAF platoon. The president wants it.”
“Con op” refers to “concept operation” or the plan for the rescue.

Guerrero said he was with the President from 10 a.m. to 8 p.m. of Jan. 25 at a meeting room in Zamboanga City and was updating him about the encounter. He explained that the text was about the “link-up” to rescue the SAF 84th Seaborne Battalion.

Thirty-five of the 44 slain SAF men came from the 55th company who were in another location.

Tinio questioned what “best effort” meant in the text. “Only the president can explain what’s behind the guidance. He endangered the SAF, and when they needed help, he said ‘best effort’ (for rescue),” said Tinio.

Meanwhile, Anakbayan national chair Vencer Crisostomo said the Senate and House probes on the Mamasapano operations should also invite the US military and the Federal Bureau of Investigation (FBI).

“We fear that the government is trying to cover-up the role the US played in Oplan Exodus and other Oplans. If we want justice and accountability, we must look into the US role in this mission,” said Crisostomo in a statement.

“The investigating bodies should verify reports that FBI director James Comey was directly involved in hatching the plan, while Gen. Joseph Votel of the US Special Operations Command took part in its execution,” he said.

“The elephant in the room is US intervention. It is now apparent that the truth about what happened in Mamasapano will not be fully revealed without looking into the role of the US in the operations,” he said.

Crisostomo cited reports by the Suara Bangsamoro that residents saw American forces in the operation.

“Even Mamasapano Mayor Benzar Ampatuan today confirmed reports that unidentified aircrafts were sighted during the operation. Indeed ‘big brother’ is watching, and blood is in their hands,” he added.

Crisostomo said youth groups will hold a “Black Friday Protest for Justice and Accountability” on February 13.