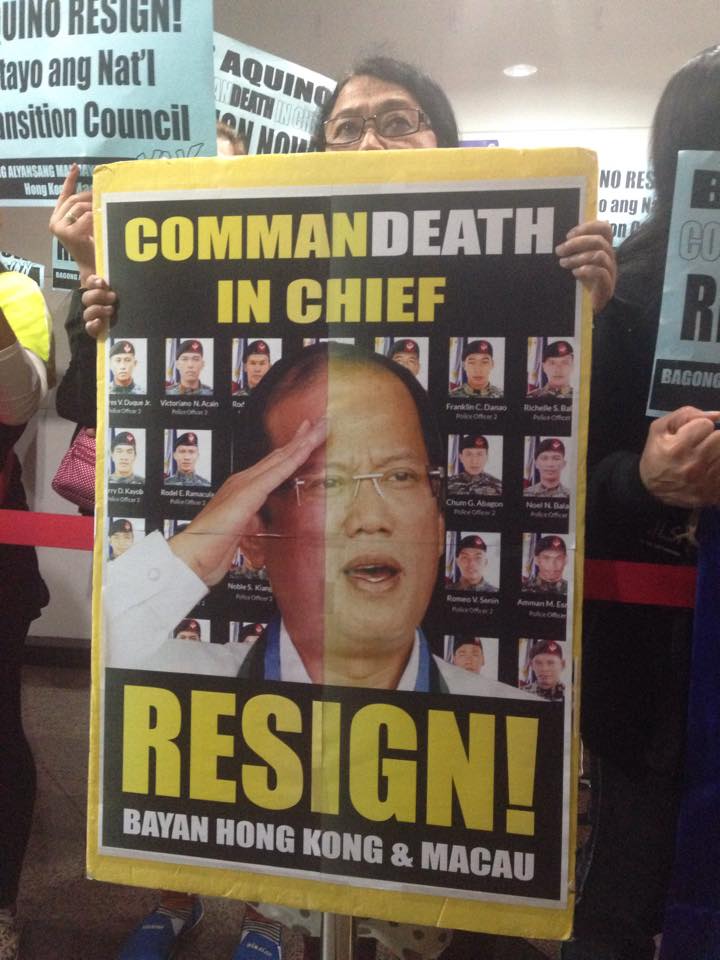 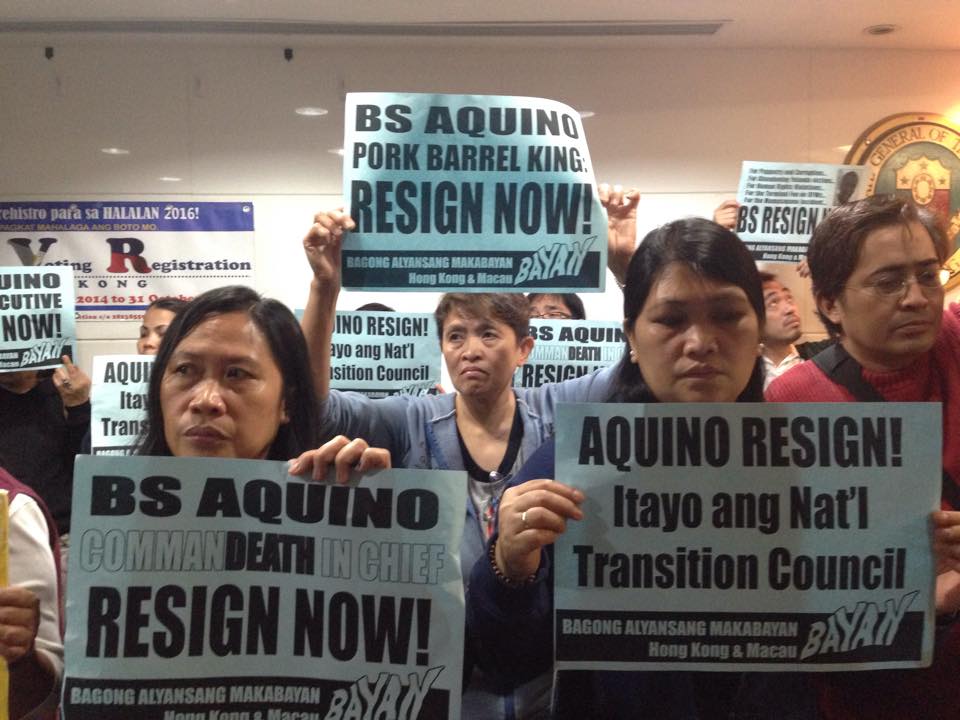 The group trooped to the Philippine Consulate General in Hong Kong, where they called for the resignation of President Benigno S. Aquino III for what they said was his incompetence, human rights violations, widespread corruption, neglect of people’s livelihood and needs including OFWs, puppetry to US imperialist dictates and his direct role in the Mamasapano incident that left 44 Special Action Force (SAF) of the national police and civilians dead. 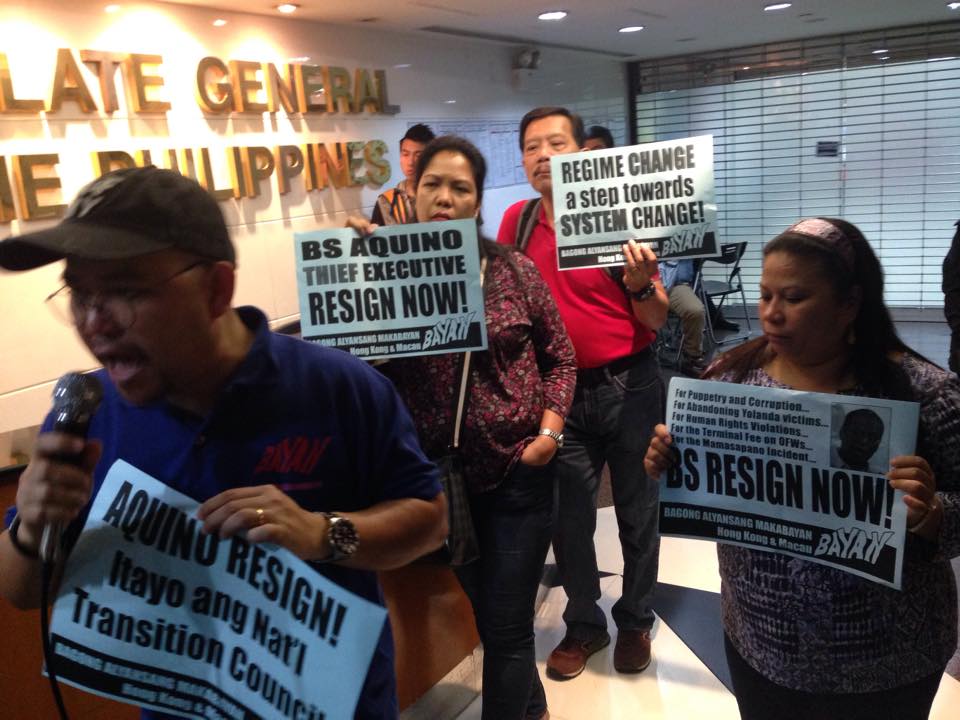 “In his four years of presidency, Aquino has exposed himself as no different from his predecessors. As we commemorate EdsaPeople Power, we demand genuine change that the current and previous administrations failed to deliver,” the group said in a statement.