The Banwaon children of Balit 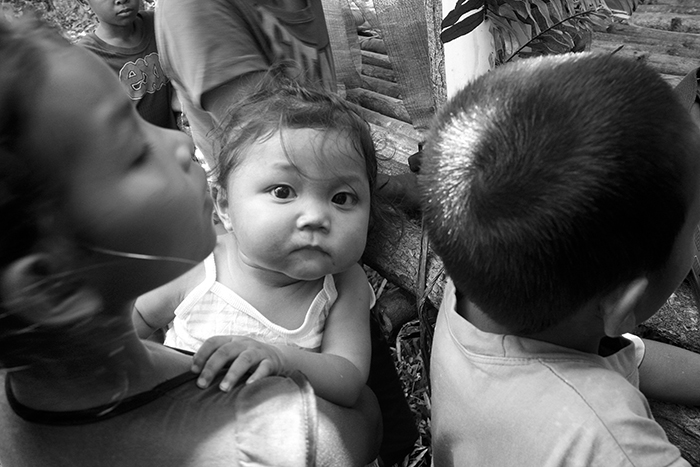 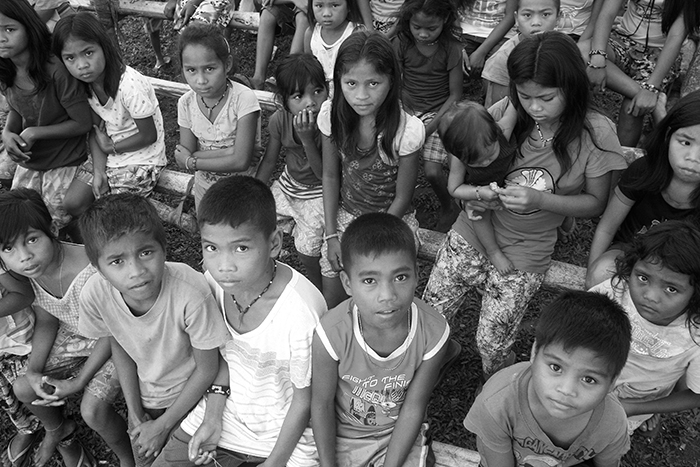 They do not smile as often as other children.

They tell their visitors about the two-day trek from their forest communities under direct sun and drenching rain last January. They say they have never walked as far before. There were hardly roads in the 14 sitios (sub-villages) where they came from. A thousand of them belonging to 174 families left in a hurry, afraid of the lowlanders who came to their communities bearing big guns and wearing menacing scowls. 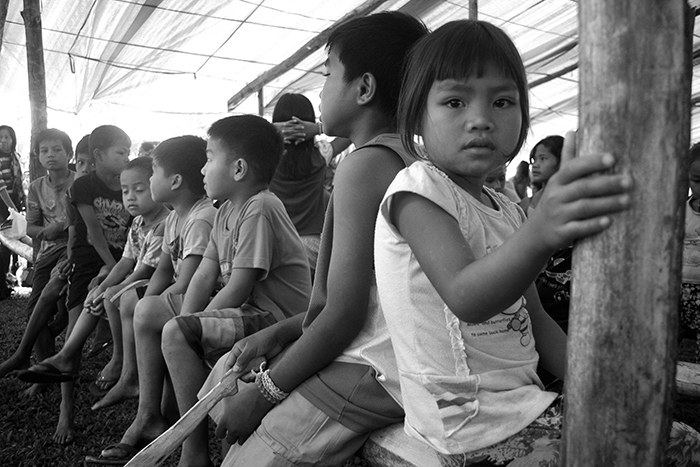 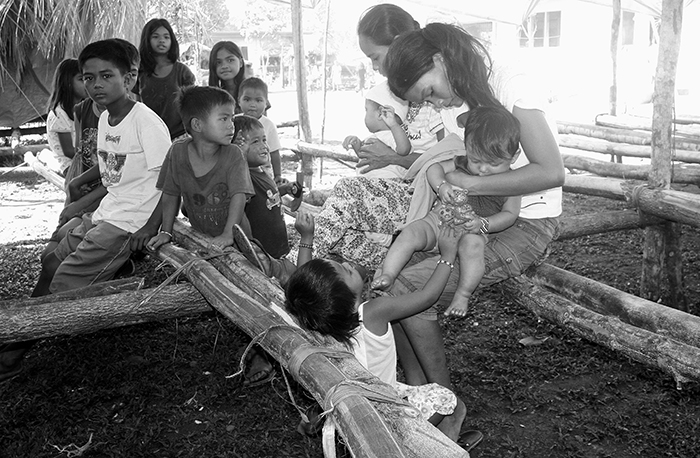 Their parents explained to them they had to leave their forest and mountain homes to survive. They are being killed for refusing excavations on their ancestral territory said to be rich in gold, copper, manganese, bromite and magnetite. The land that has nurtured them suddenly meant harm, as the strangers will kill them if they are not allowed to dig. Who among them knew that the land that bore them sweet potatoes and cassavas had so many metals they hardly heard of before? 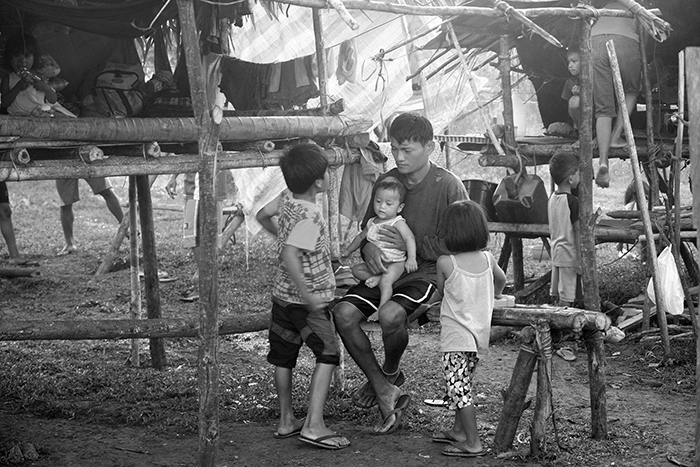 An abandoned hospital compound is their temporary refuge here in Barangay Balit, San Luis, Agusan del Sur. It is unbearably hot during daytime and bitingly cold at night. Their parents had to construct small huts so each family would have their own space and somehow stem the spread of diseases. But the few trees around the compound could not afford them the play space they enjoyed back home. 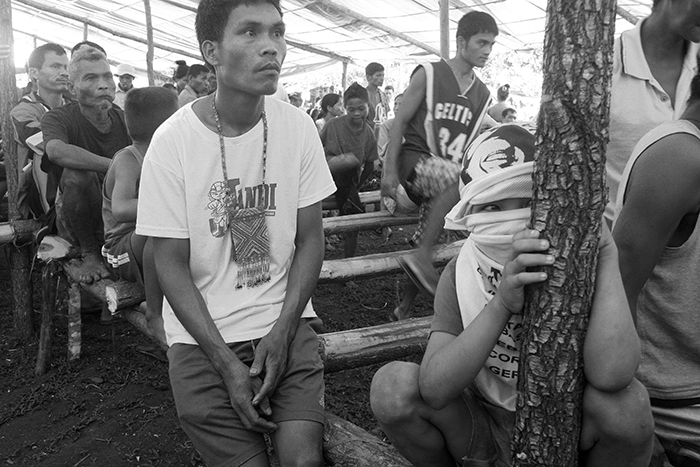 There is never enough food to eat at this shelter, a situation they never experienced before. The land they temporarily left behind has always provided them with enough crops and fruits to eat. And if their Diwata (goddess) was in a good mood, they are provided with meat from the surrounding forests. Here, their mothers have stopped lactating due to want of food and four children have already died to common ailments worsened by severe under-nutrition. 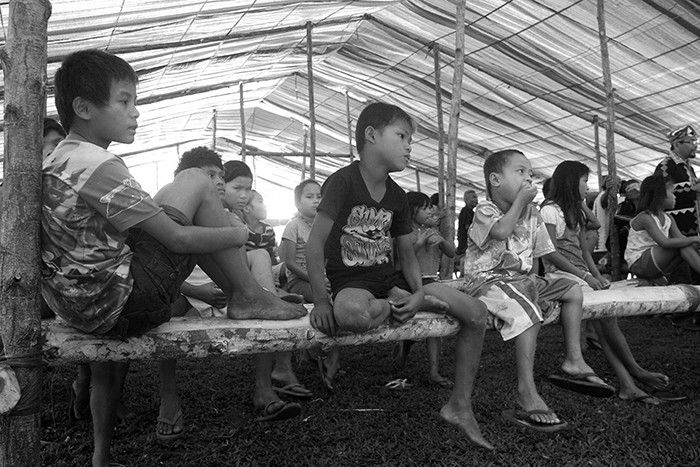 They also fall ill due to lack of toilets and other hygiene facilities. Drinking water had to be fetched from some distance away, passing through a camp of soldiers who follow them around with their guns. They would often go without water rather than be anywhere nearer those mean men. 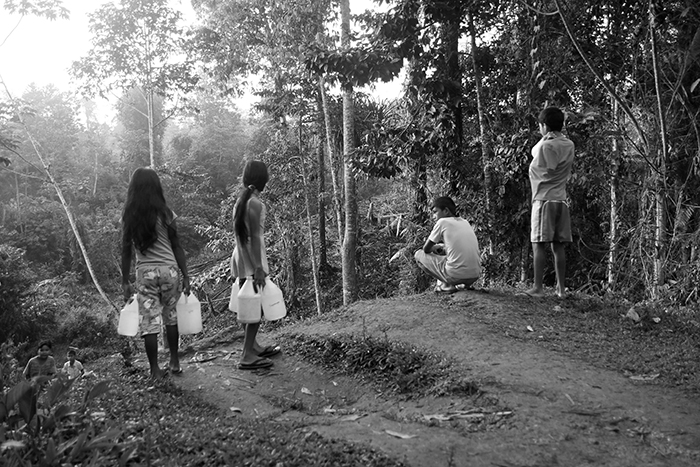 Some of them still find ways to play though. But many could not join in, as they are weak. Instead, they just look at those still strong enough to run around. 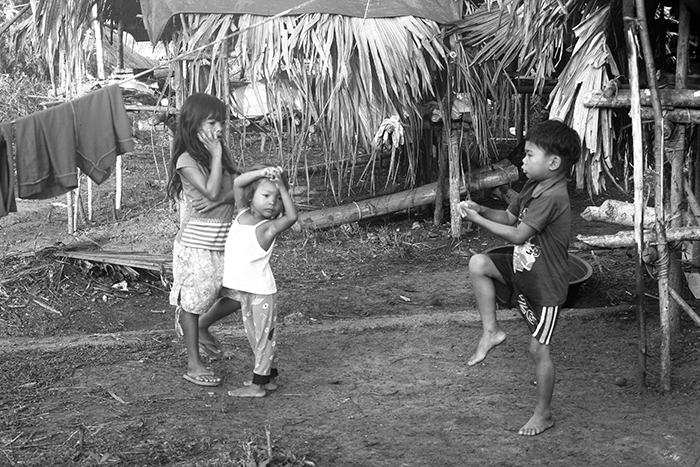 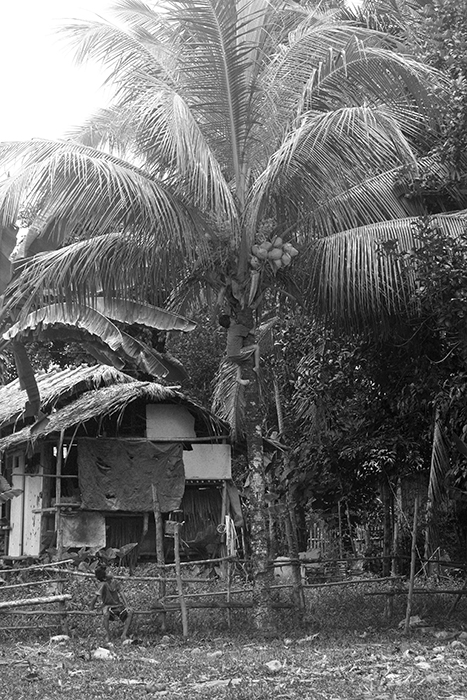 No, the Banwaon children in Barangay Balit do not smile as often as other children. Like children of other indigenous tribes throughout the Philippines they suffer from the persecutions by soldiers of the government. They are uprooted from their homes and vast playgrounds. They are denied food, education, medical care and safety. 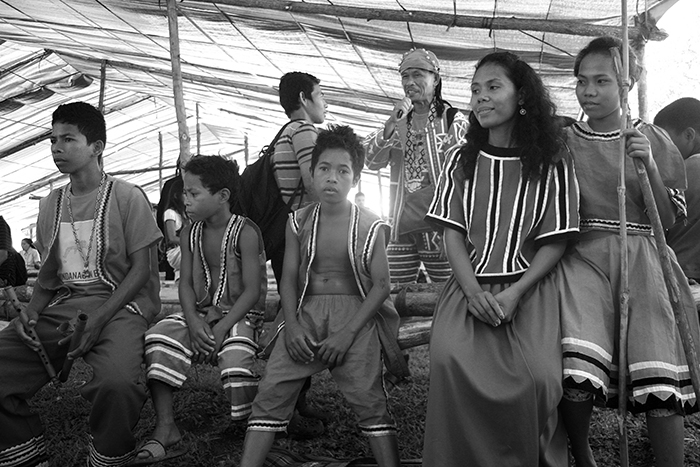 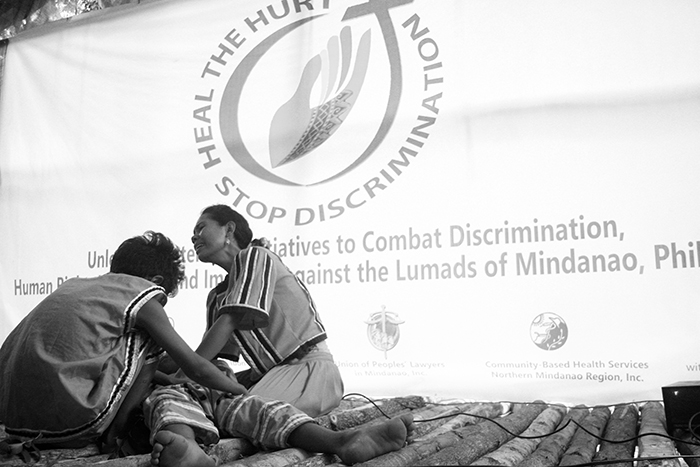 But they come to life when they are asked to show how their elders hunted for food in their forests. Their limbs are energized when they perform plays to show how their people resist aggression from strangers. They find their voices when they sing songs of struggle and hope, songs about being back in their forests and mountain communities, free to run around and play, to fetch water for their mothers. They are as brave and heroic as their elders in the defense of their rights, beliefs and way of life. 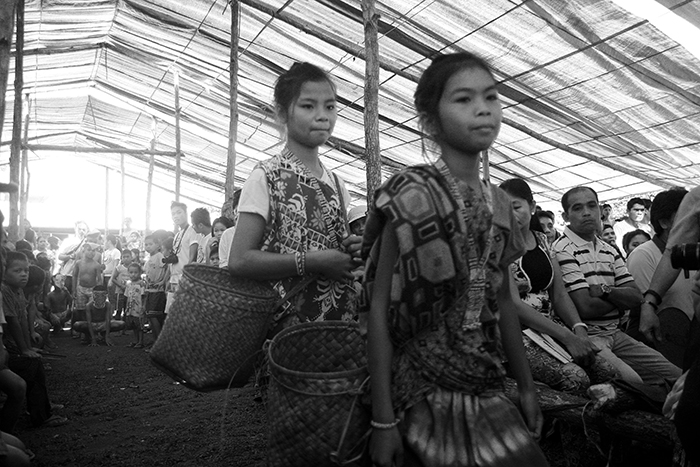 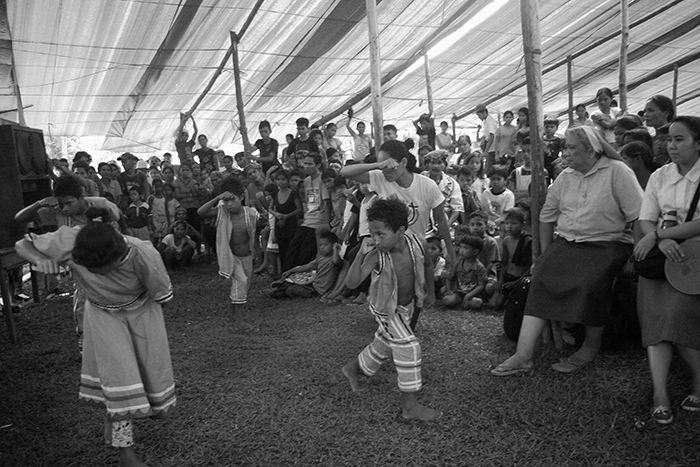 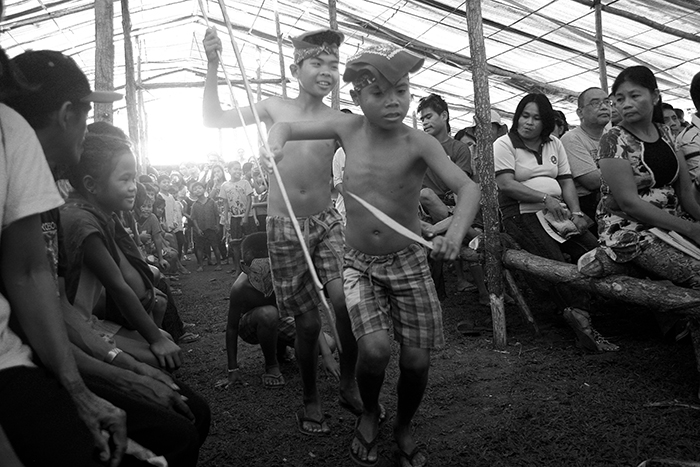 As the International Solidarity Mission was preparing to leave the refugee center, some of the children milled around the kindly nuns who often visit them. It seemed they were saying they will carry on, that they are as steadfast as their elders in refusing mining and logging activities on their ancestral land. 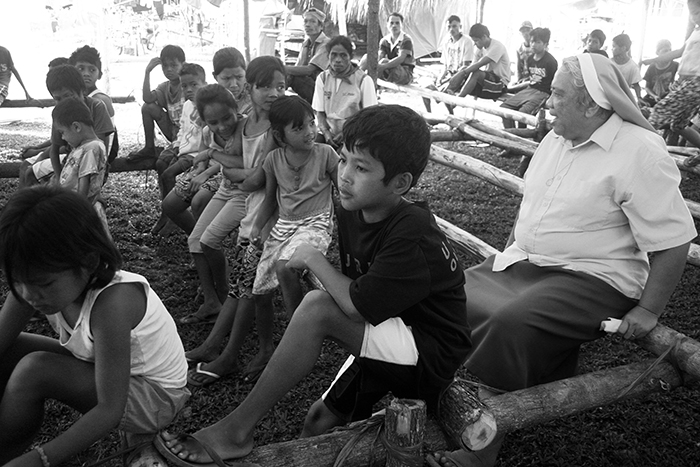 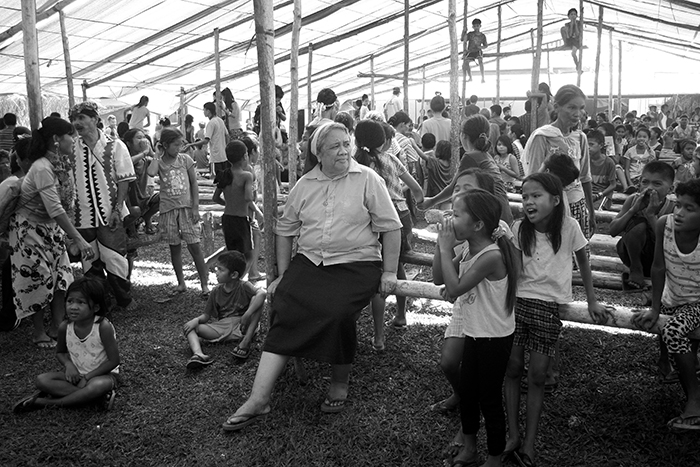 When the vehicles carrying the nuns rounded the bend that led outside Barangay Balit, some of the children climbed the posts of the chicken-wire fence that enclosed the refugee center. Perhaps they were imagining they were up on some tree branch back in their villages, waving goodbyes to the wimpled angels sent to them by their Diwata to assure them there will be justice soon.