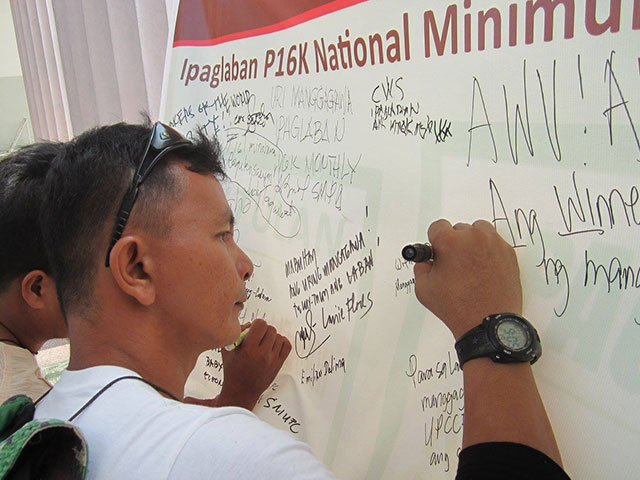 MANILA — The University of the Philippines Diliman (UPD) community under the banner of All Workers’ Unity – UPD expressed full support for the call to peg the national minimum wage of all workers at P16,000 (US$358) a month.

Faculty members, researchers, employees, drivers, vendors, residents and UPD officials led by Chancellor Michael L. Tan shared a solidarity breakfast at the UPD Quezon Hall this morning. The “budget meal” of half cup of rice, half fried egg, dried fish (tuyo) and a cup of weak coffee symbolizes how families of Filipino workers cope with poverty and hunger due to meager wages. 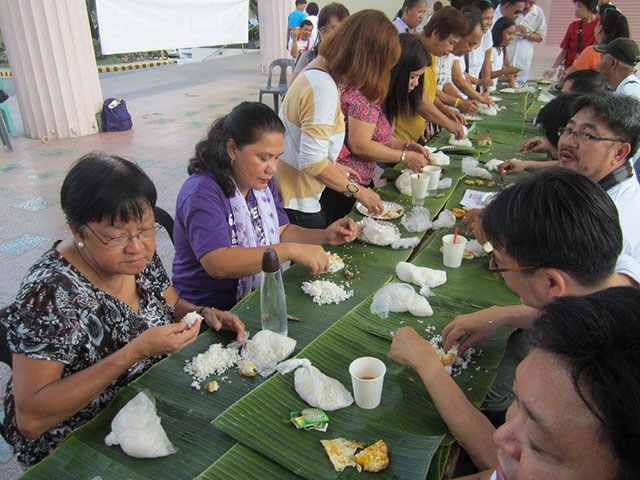 According to the All Workers’ Unity – UPD, nine out of 10 regular employees of UP do not receive a take home pay sufficient to cover the daily cost of living of a family of six,now pegged at P1,086 ($124). Meanwhile, one out of three workers in UP are contractual employees and do not receive the benefits they ought to be entitled to. 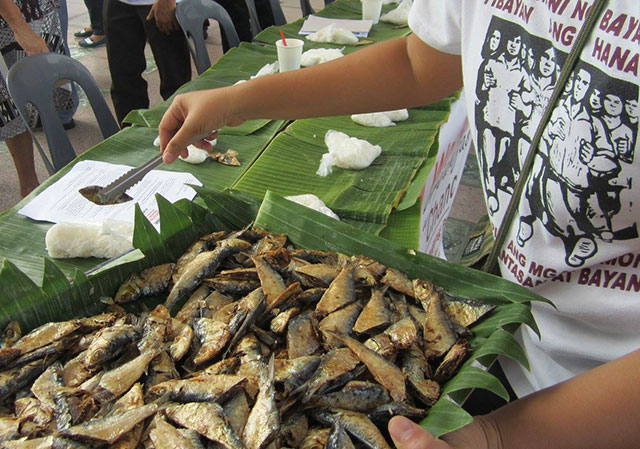 The UP Diliman community adds its voice to the nationwide campaign to end labor contractualization and to make P16,000 the national minimum monthly wage for workers in both public and private sectors. 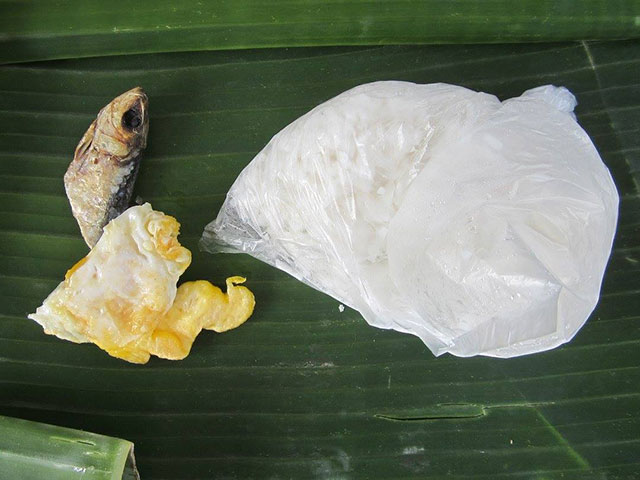