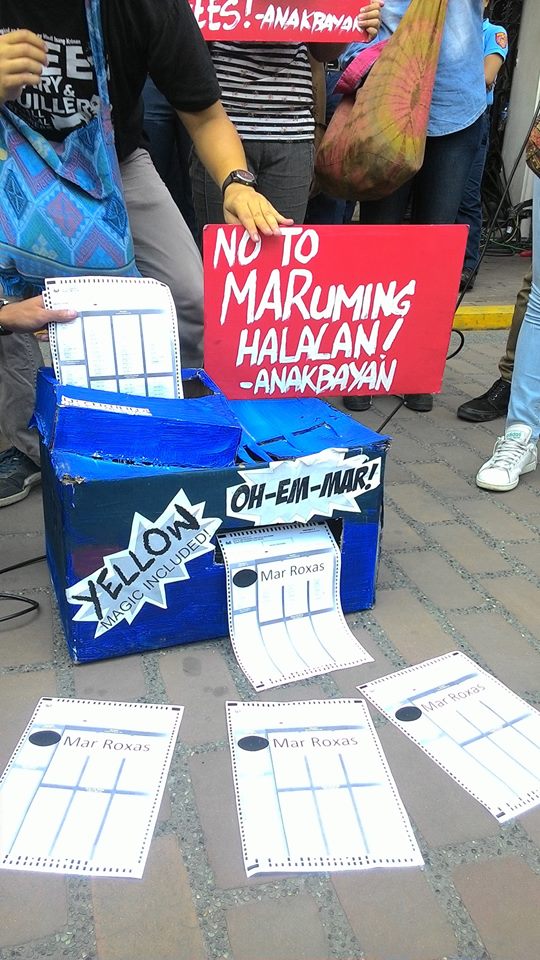 MANILA — Members of the progressive youth group Anakbayan massed up in front of the Commission on Elections on Thursday, Oct. 15 and called on candidates filing for their certificates of candidacy (COCs) to stand up on issues that matter to the Filipino people.

“Bayan o sarili? (People or self) We call on the candidates to stand up on issues that matter to the majority of poor Filipinos. Among them: stopping tuition and price hikes, P125 increase in wages, an end to contractualization, improvement of government services, genuine land reform, resuming peace talks and stopping the incursions of US and China, among others,” said Anakbayan national chairperson Vencer Crisostomo.
Crisostomo said these issues are being “airbrushed by the circus of personalities, names and trasitional political gimmickry.”

Holding placards saying “No to MARuming halalan” and “DAPat managot, tapusin na ang huwad na daan,” the group also warned of the possible “massive cheating being set-up by President Aquino and ‘yellow Cmmission on Elections’ to benefit the administration bets.”

“The people, including candidates, should stand up for clean, honest and truly credible elections and be vigilant against recent moves for ‘hocus PCOS’ 2016. The Comelec is again set to use the controversial Smartmatic ‘auto-daya’ machines to favor the administration bets,” Crisostomo said. 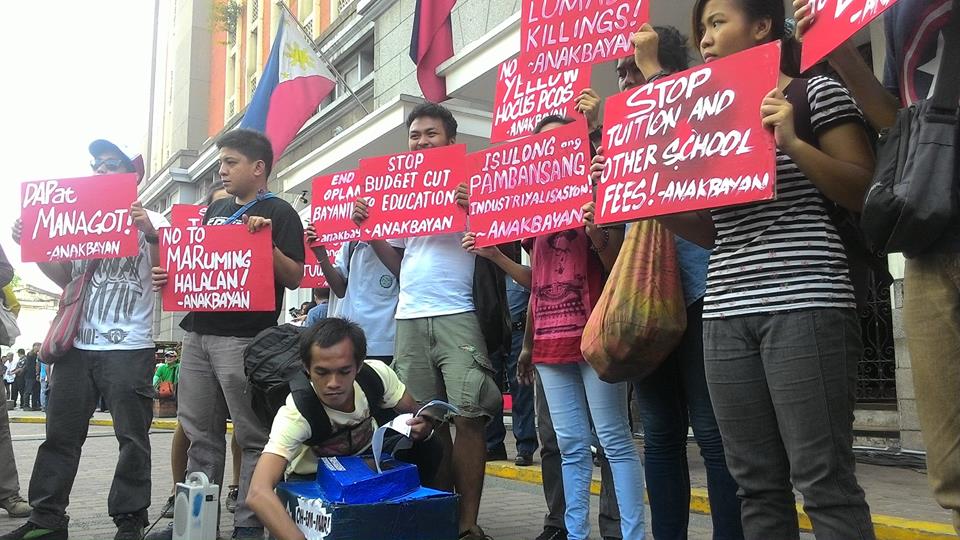 Kabataan Partylist Rep. Terry Ridon has earlier expressed concern over the lease deal brokered by the poll body with Smartmatic-Total Information Management (TIM) Corp., which involves the lease of 93,977 new machines for the upcoming national elections.

In House Resolution 2308, Ridon said the lease deal is more costly, in violation of government standards, and sets the stage for “massive cheating” and foreign meddling in the elections. 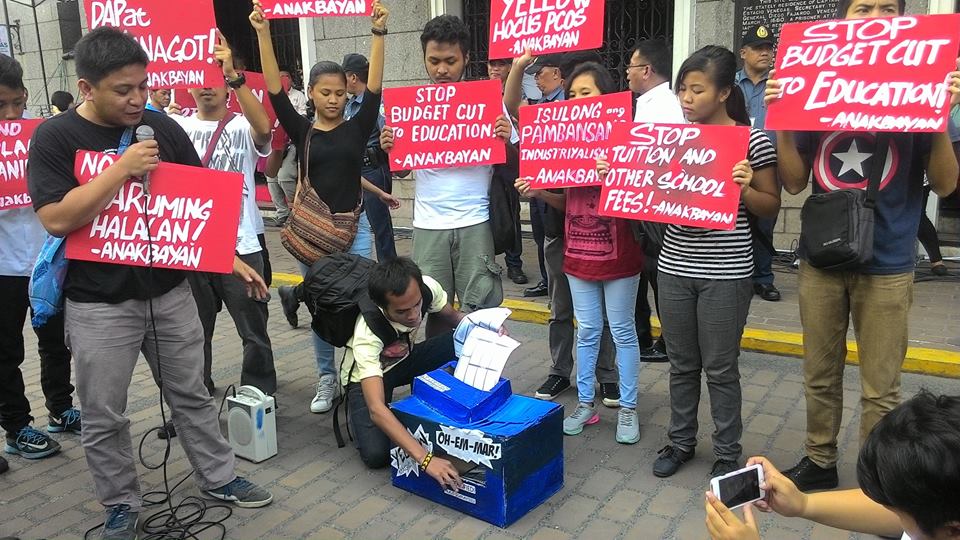 “It won’t be surprising if that unknown force emanates from the upper echelons of the Aquino administration, given that they seek to win the presidential polls by hook or by crook. The ‘Oh-Em-Mar’ machines will ensure that they win the polls,” Ridon said, referring to the Optical Mark Readers or OMR machines set to be leased by Comelec.