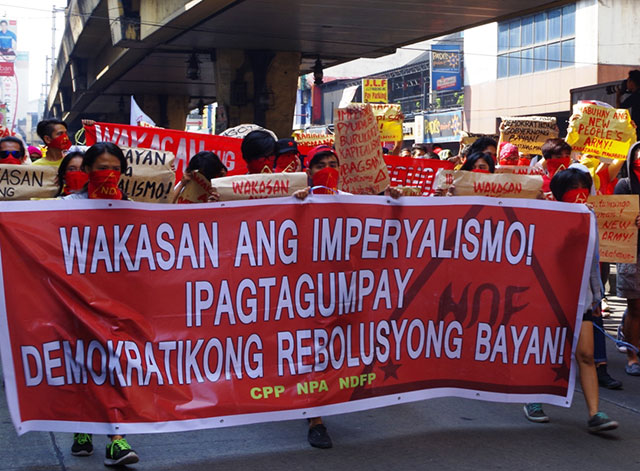 MANILA — Revolutionary groups under the National Democratic Front of the Philippines (NDFP) staged a “lightning rally,” Nov. 14, to protest the policies espoused by the Asia-Pacific Economic Cooperation (APEC). 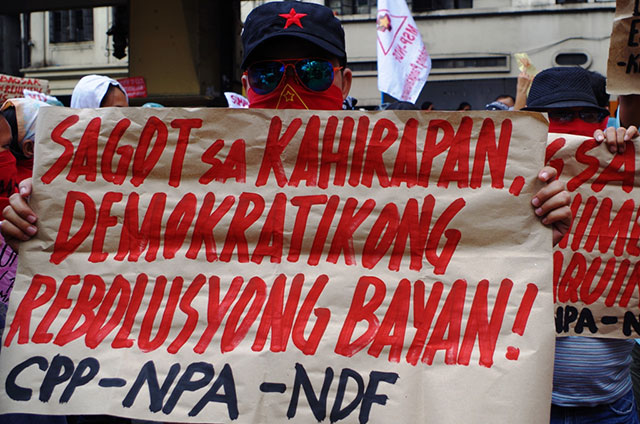 Hundreds of NDFP members marched from the Carriedo area up to the corner of Recto Avenue and Quezon Boulevard.

“(We) vigorously condemn the Asia-Pacific Economic Cooperation (APEC) as an imperialist instrument of plunder and greed,” the NDFP National Council said in a statement.

“The Filipino people have long suffered under the economic policies and multilateral agreements aggressively pushed by the APEC which have only ensured the interests of the advanced capitalist economies, especially that of the United States,” the underground alliance said. 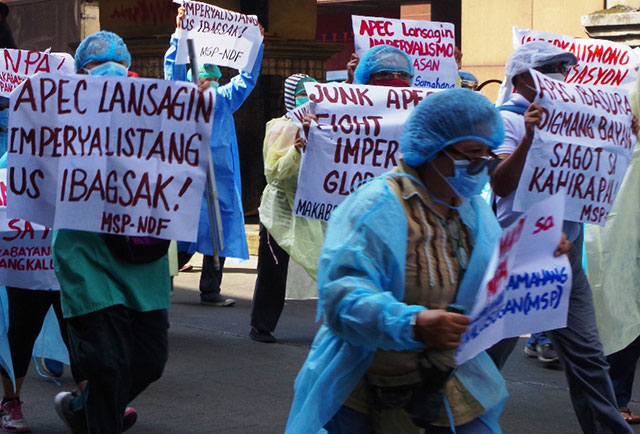 The NDFP and its allied organizations are waging a “national democratic revolution” for nearly five decades, said to be the longest running revolution in Asia.