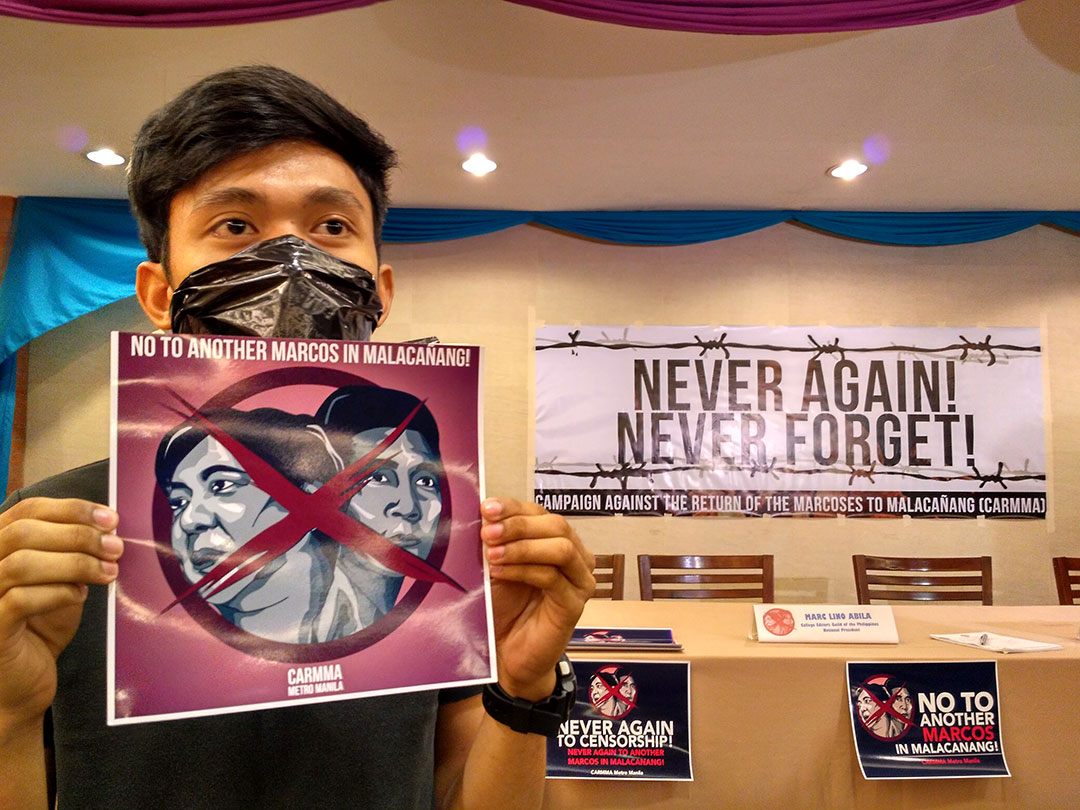 “Media censorship, media repression existed during martial law,” Palatino said, adding that Bongbong who is running for the vice presidency, remains unapologetic of the horrors of martial law.

Marc Lino Abila, national president of the College Editors Guild of the Philippines (CEGP), refers to the 21-year tyrannical rule as the “Dark Ages,” when the dictatorship had the monopoly on its so-called truths, when freedom of expression and freedom of the press were non-existent.

Abila pointed out that Bongbong authored the Cybercrime Law, which press freedom advocates labeled as the “electronic martial law.” The Republic Act 10175 or the Cybercrime Act of 2012 penalizes online libel, among others. 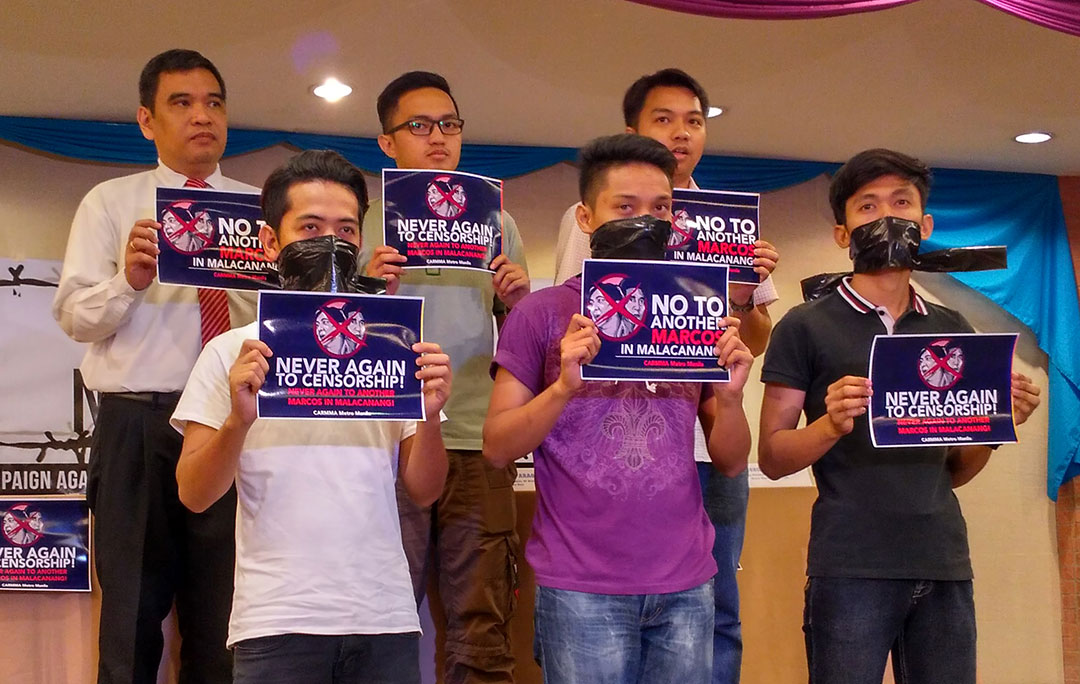 Danilo Arao, journalism professor at the University of the Philippines College of Mass Communication, called Bongbong a “congenital liar not fit for public office.”

These include Letter of Instruction No. 1 issued on Sept. 22, 1972 ordering the Press Secretary and the Defense Secretary to take over and control or “cause the taking over and control: of the mass media for the duration of the national emergency; Department of Public Information (DPI) Order No. 1 expressly prohibiting “materials that are seditious or that tend toward disorder, lawlessness, and violence”; DPI Order No. 2 prohibiting printers from producing any form of publication for mass dissemination without permission from the DPI.

Marcos also issued Presidential Decree No. 33 penalizing “the printing, possession, distribution and circulation of printed materials which are immoral or indecent, or which defy the government or its officers, or which tend to undermine the integrity of the Government or the stability of the State.”

PD 1737 empowers the president to detain persons to prevent them from acting against national security or public order while PD 1877 authorizes the incarceration for a period not exceeding one year of persons accused of national security crimes even without charges filed against them.

“Those who claim that the Marcos presidency was the country’s ‘golden age’ are either unaware of the censorship or oblivious to the repression,” Arao said.

Abila said student journalists were among the victims of the Marcos dictatorship. Marcos shut down student publications.

Abraham “Ditto” Sarmiento Jr., then editor in chief of the Philippine Collegian, student publication of UP Diliman, was arrested and detained during martial law.

Liliosa Hilao, editor in chief of Ang Hasik, student publication of Pamantasang ng Lungsod ng Maynila, was among the first to be tortured and killed by state security forces when martial law was declared.

“We cannot let the scion of a dictator win despite the fact that his family abused human rights, killed and tortured a multitude of people, violated people’s democratic freedoms, amassed the public funds and brought the nation into bankruptcy,” Abila said.

The press freedom advocates who are also part of the Campaign against the Return of the Marcoses to Malacañang (Carmma) see the need to educate the public, especially the youth on the horrors of martial law.

Palatino blamed the succeeding administrations after Marcos for not prosecuting the dictator and his minions.

Abila said the family’s ill-gotten wealth has not been fully recovered and is being used, in fact, by Bongbong to “have a comeback in Malacañang.”

Abila said the CEGP will continue to expose Bongbong’s deception and help educate the youth.

The World Day Against Cyber-Censorship was launched by Reporters Without Borders on March 12, 2008, which intended to rally everyone in support of a single Internet without restrictions and accessible to all.