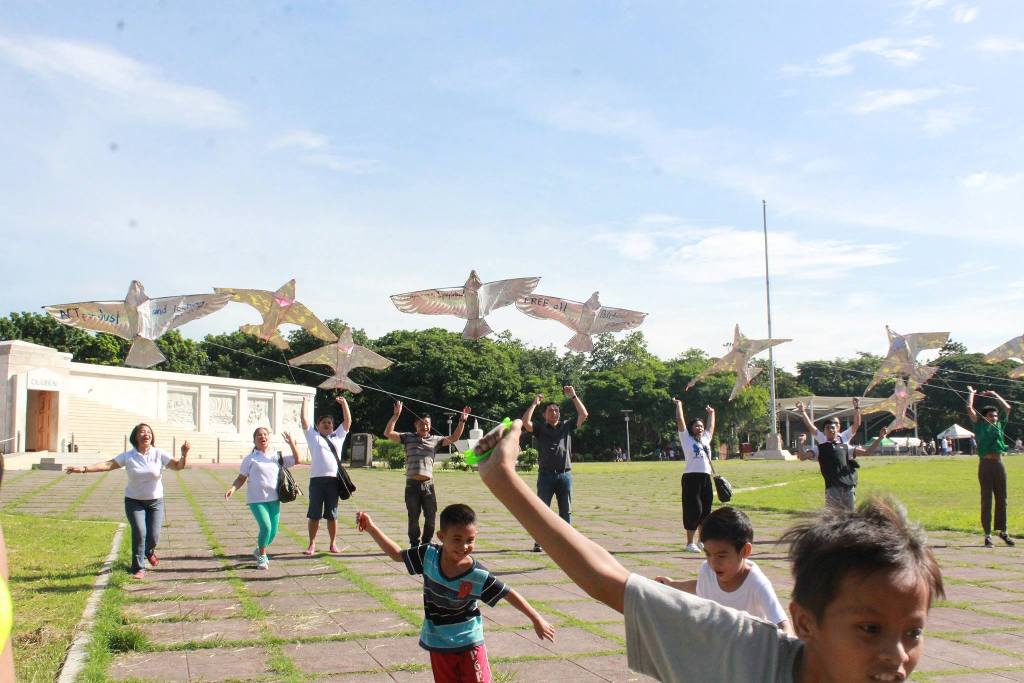 MANILA — Teachers under the Alliance and Concerned Teachers (ACT) held a family day on Sunday, June 26 in Quezon Memorial Circle, on the group’s 34th anniversary.

They flew kites bearing calls to free political prisoners and Act for just and lasting peace as a sign of their support for the peace talks. 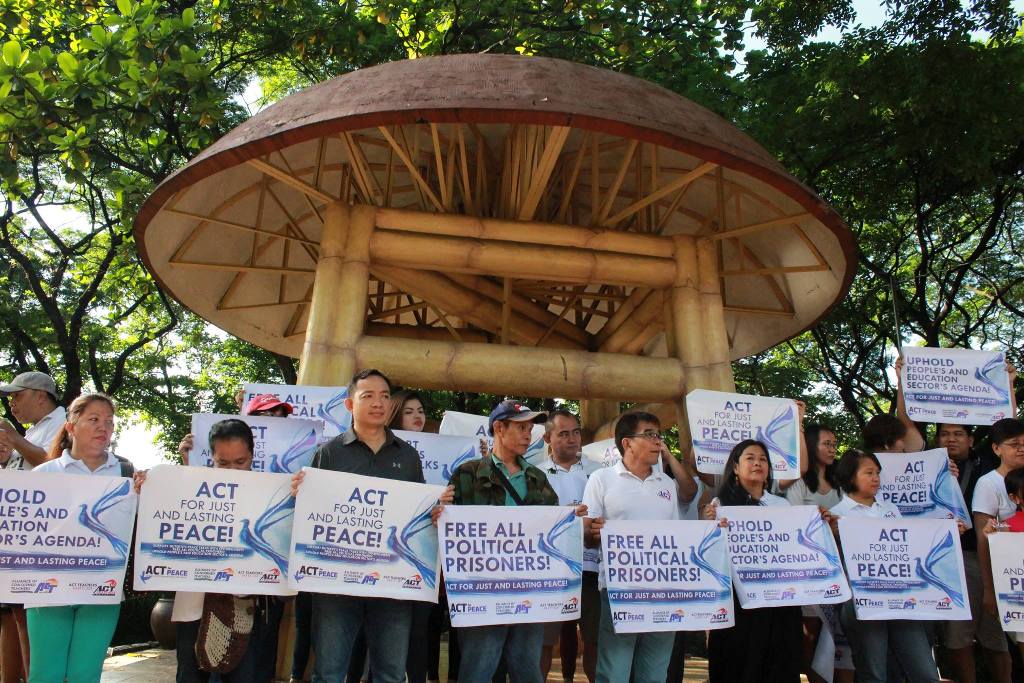 “Today, as we celebrate our 34th founding anniversary, we call on all educators to actively support the upcoming peace talks and be part of the movement pushing both groups to address the root causes of the armed conflict in the country, said ACT national president, Benjamin Valbuena.

Valbuena said they welcome incoming President Rodrigo Duterte’s push for the resumption of the peace talks with the National Democratic Front of the Philippines. 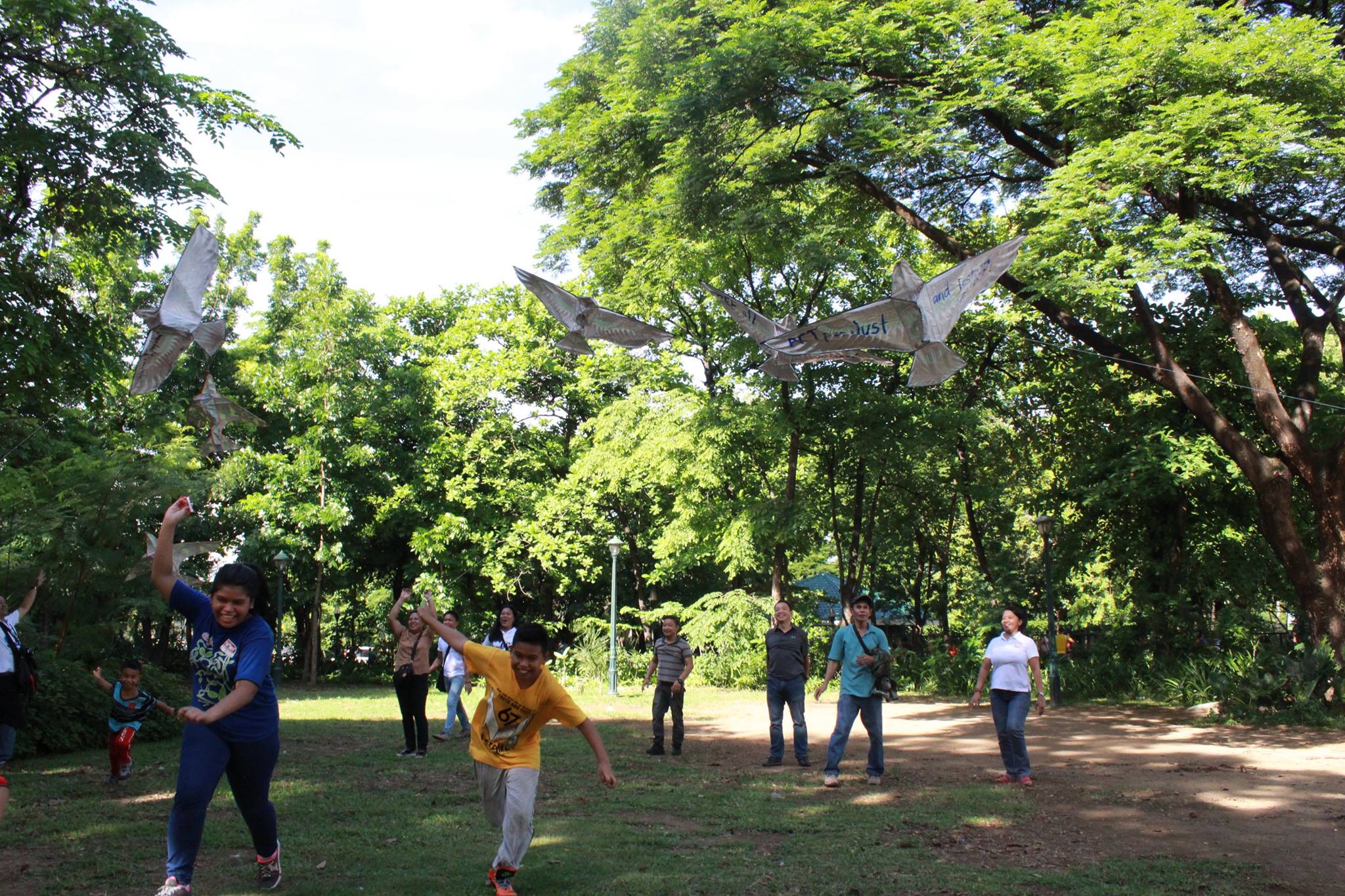 “It is important to note that this ongoing civil war in the Philippines cannot be concluded through counter armed offensives,” he said.

Valbuena said that since the 1970s, the government has launched several military campaigns to eradicate communists waging war against government. However, he said, armed conflict remains as its root causes is still not addressed.

Valbuena also lauded the Communist Party of the Philippines-New People’s Army-NDFP for taking Duterte’s pronouncement of peace talks positively by sending its emissary to Davao City. 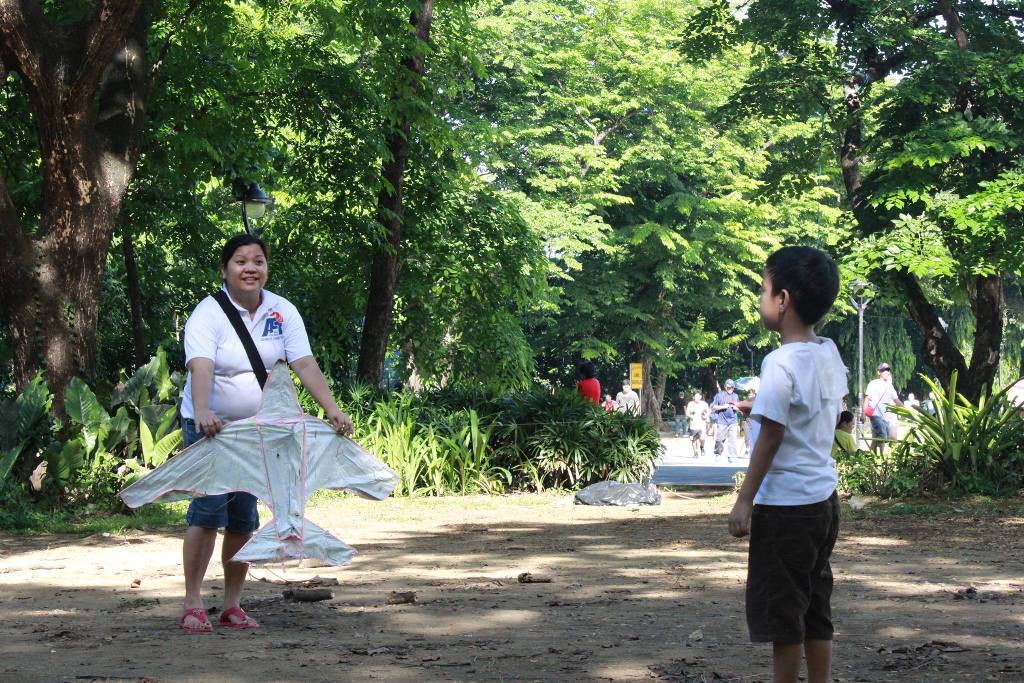 “We are happy to note that the communist group is very much open to negotiate with the government and work for the resolution of the root causes of the armed revolution in the country,” Valbuena said.

“As educators, we have role to perform and that is to educate the populace on the roots of the armed conflicts and on how can these be addressed accordingly,” he added. 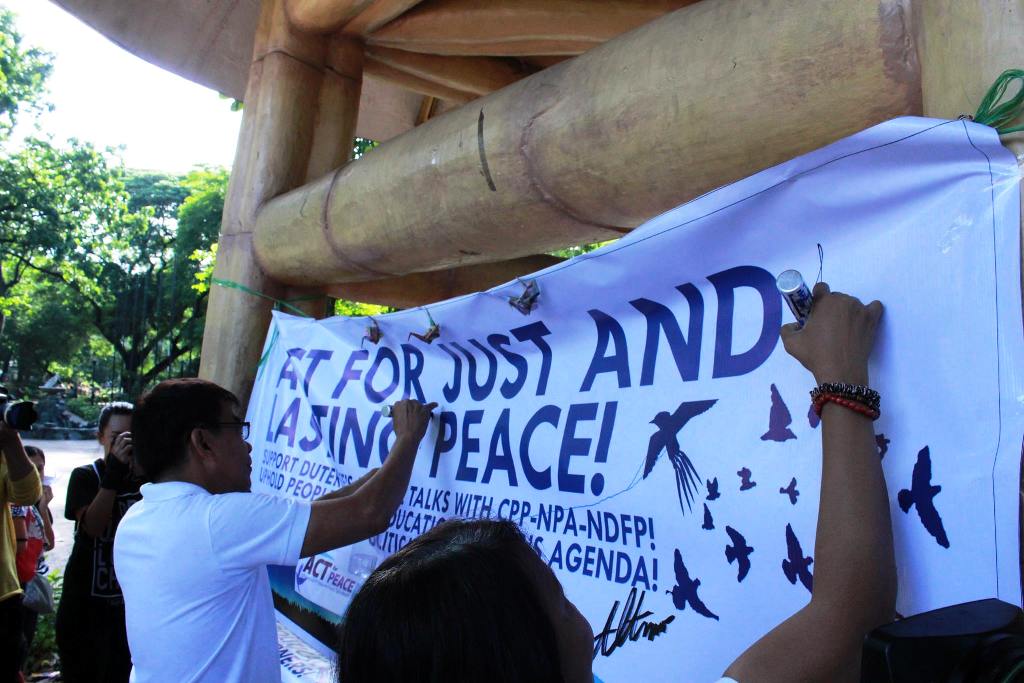 They also hang paper doves which they said symbolizes their call for struggle for a just and lasting peace.

“Just and lasting peace can only be achieved if landlessness, foreign domination and poverty are addressed,” Valbuena said.