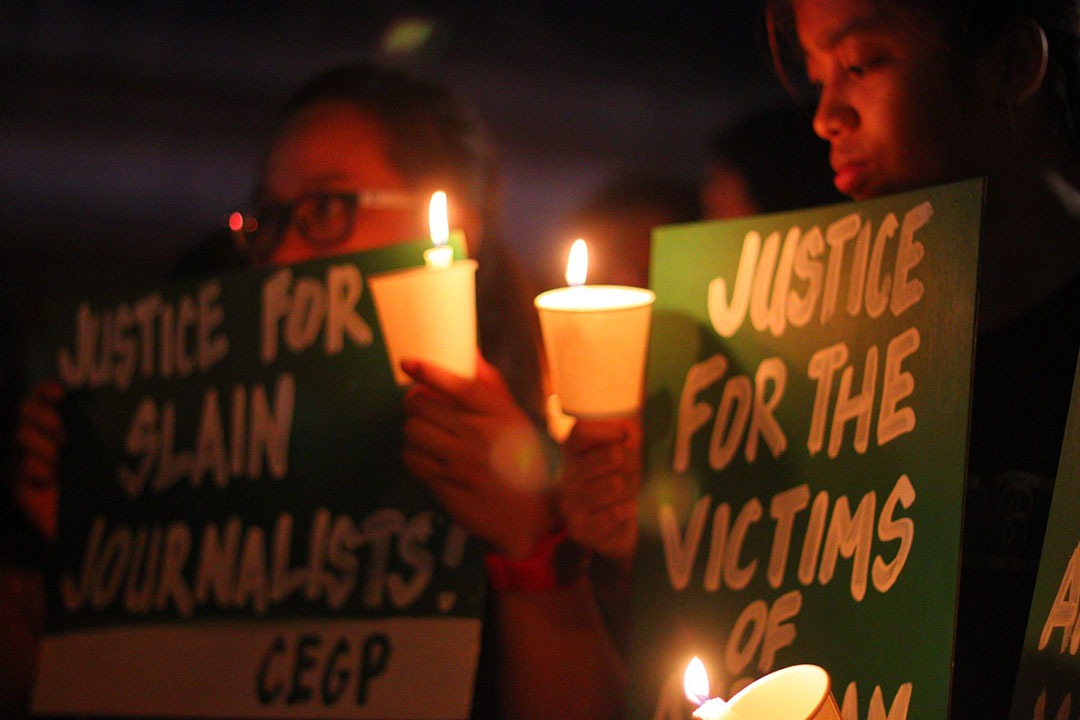 The NUJP called on the new chief of the Philippine National Police (PNP) to immediately look into the likely involvement of police officers in the recent attacks against journalists in Surigao and Digos, especially in the spirit of Director General Ronald dela Rosa’s vow that his leadership will be “relentless in internal cleansing efforts.”

MANILA — In the wake of an attempted assassination attempt of a Surigao City-based broadcaster, the National Union of Journalists of the Philippines (NUJP) called on the Duterte administration to create mechanisms to solve cases of media killings.

On June 30, at around 5 p.m., Saturnino “Jan” Estanio of Radio Mindanao Network-dxRS was shot at by gunmen riding in tandem. Estanio, his 12-year old son, and a neighbor were slightly wounded. According to NUJP, the gunmen are in their 20s and were bold enough not to hide their faces.

Estanio maintains a nightly, hard-hitting public affairs program with dxRS.
Estanio said in an interview with a major daily that he tended to believe that the attempt on his life was job-related–specifically in the wake of his strong commentary against illegal gambling.

Three days before the attack, an unnamed person warned Estanio “to go easy” on illegal game machines proliferating in Surigao city, a racket that is estimated to earn as much as P200,000 per week. These operations reportedly enjoy the protection of police officials.

Barely a week before, another broadcaster based in Digos City, Davao del Sur also survived an assassination attempt.

On June 24, at past 1 a.m., unidentified men fired at the house of Marland Malnegro of Gold-FM. At least four empty shells were found outside Malnegro’s house while four deformed slugs were found inside.

According to several colleagues in Davao del Sur, Malnegro has been “pouring his tirade” against illegal gambling and drugs in the province the past months, to the extent of questioning the performance of police officials.

The NUJP said that in the past, a number of Davao del Sur journalists have been threatened due to their reporting about the same issues, in the process, exposing the complicity of some police officials in these illicit activities.

The NUJP called on the new chief of the Philippine National Police (PNP) to immediately look into the likely involvement of police officers in the recent attacks against journalists in Surigao and Digos, especially in the spirit of Director General Ronald dela Rosa’s vow that his leadership will be “relentless in internal cleansing efforts.”

The group looks forward to the creation of a special mechanism or the speedy disposition of cases of media killings and attacks in order to boost the drive against impunity in the country.

On the positive side, the NUJP lauded the conviction of a police officer for the June 4, 2010 murder of Mati City broadcaster Desiderio Camangyan.

On June 27, Davao City’s Regional Trial Court Branch 10 sentenced Dennis Lumikid, a police officer, with a maximum of 40 years imprisonment for the murder of Camangyan.

According to the Center for Media Freedom and Responsibility (CMFR), the conviction of Lumikid brings to 16 the number of cases of journalist killings where a gunman or gunmen were meted out justice. But CMFR, along with other media groups, have been lamenting that no mastermind has ever faced trial, except in the 2009 Ampatuan massacre.