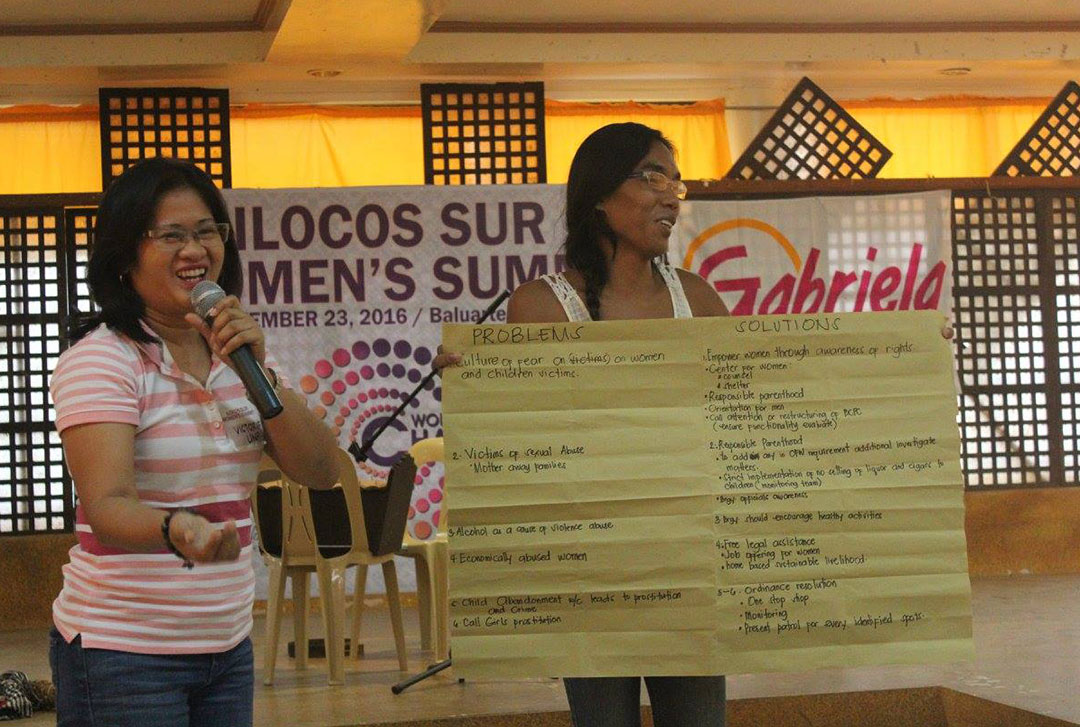 Women play a vital role in society and their socio-economic needs must be addressed so they could fully realize their potential.

An offshoot of the National Women’s Summit held in Davao City last June, the Ilocos Sur Women’s Summit aimed to discuss the platform of women for CHANGE – Comprehensive social services, Human rights, peace and social justice, Anti-discrimination and anti-violence against women and children; National sovereignty, Genuine land reform and national industrialization, and Environmental protection and disaster preparedness – and to come up with the Ilocos Sur Women’s Agenda.

Gabriela Women’s Party Representative Arlene Brosas gave the keynote speech and explained the need to address the root causes of the vulnerabilities of women. Brosas reiterated that women play a vital role in society and their socio-economic needs must be addressed so they could fully realize their potential.

The peace talks between the Government of the Republic of the Philippines and the National Democratic Front of the Philippines was also discussed. Brosas explained that the current talks to come up with the Comprehensive Agreement on Socio-Economic Reforms would be beneficial to women.

“For example, one of the provisions is to address the rights of the working class, their livelihood and access to social services. This means that the government will ensure the health and other social services needed by the people, especially women and children. The responsibility of child-rearing is not just on the mother or the parents, but is also a function of the government,” Brosas said.
Kristine Joy Haban, deputy secretary of Gabriela Women’s Party for Visayas, then shared the results of the National Women’s Summit.

Inputs on the national and local situation of women regarding comprehensive social services, human rights, anti-discrimination and anti-violence against women and children, national sovereignty and environmental protection and disaster preparedness were given by different speakers. 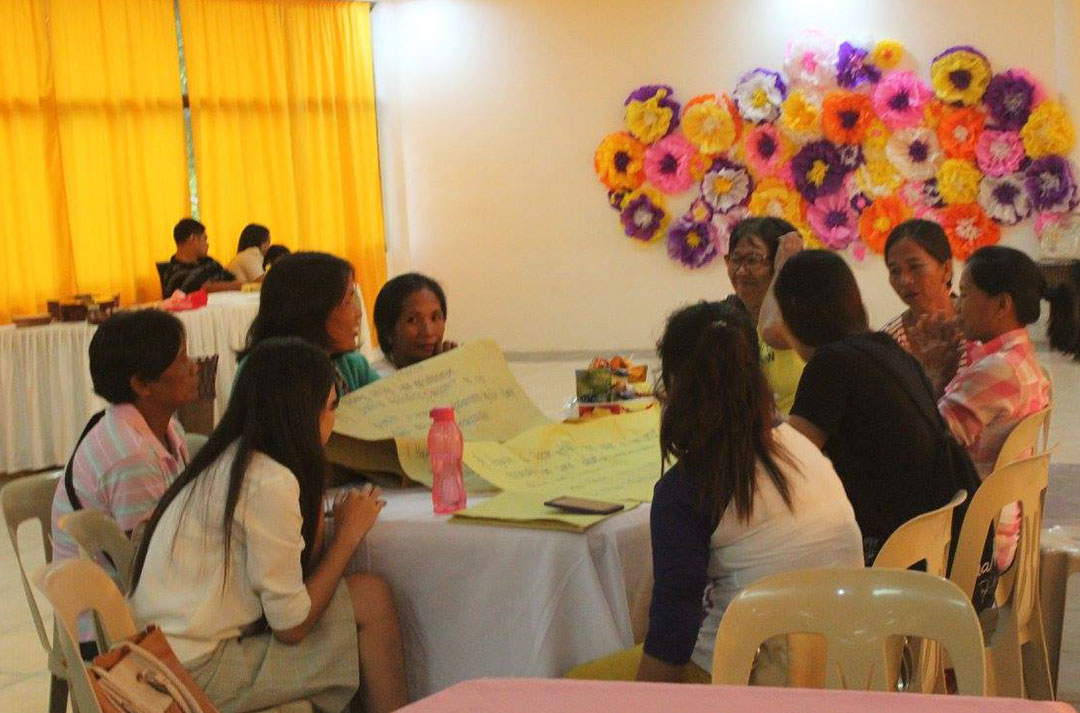 Paola Espiritu, spokesperson of Bagong Alyansang Makabayan – Ilocos discussed the possible effects of the ASEAN Economic Community (AEC) Framework on the vegetable farmers of Ilocos Sur. At least three municipalities in the province produce cauliflower and broccoli which are then transported to Baguio, Pangasinan or Metro Manila. The vegetable farmers shoulder all the expenses needed such as pesticide, fertilizer and seedlings while having to deal with no proper irrigation. Some of the farmers also do not own the land they till and still have to pay rent to the land owners. With the AEC, the vegetable farmers might not be able to cope with the entry of imported produce that can be sold much lower than the local produce.

Espiritu explained that what happened to the price surge of garlic might happen again if the AEC continues and the ones that will be affected the most are the farmers.

After the inputs, the participants were divided into workshop groups to talk about the problems and possible solutions that will become part of the Ilocos Sur Women’s Agenda.

Included in the proposed solutions are: to create a doctor to the barrios program, increase the capacity of the Barangay Council for the Protection of Children and Anti-VAW desks to handle cases of abuse, creation of a Center for Women, support for the peace talks between the GRP and the NDFP, and the requirement for quarry companies to deposit a rehabilitation fund in the communities where they operate.

Board Member Christopher Baterina acted as the reactor and commended the participants for coming up with the proposed solutions.

The summit was spearheaded by the Ilocos Center for Research, Empowerment and Development (ICRED) in partnership with Amihan-Ilocos and Provincial Board Member Mika Mendoza.