Outright censorship was replaced by the dominant media’s standards of “newsworthiness.”

But Ilagan said his experience was even mild compared to those endured by the others. In July 1977, his sister, Rizalina, a student of the University of the Philippines Los Banos, was abducted. She remains missing to this day. One of his female cousins was arrested and raped.

Ilagan said tens of thousands became victims of the late dictator Ferdinand Marcos’s iron-first rule. “In fact, Marcos raped the Philippines,” the award-winning filmmaker and playwright told the millenials in a forum titled, “From Marcos to Duterte: The Challenges of Reporting the Human Rights Situation in the Philippines.”

Such human rights abuses never saw print until shortly before the fall of Marcos. Nothing negative was reported by dominant media, said Benjie Oliveros, editor of Bulatlat. Amplifying the efforts of alternative media and church groups, Jose Burgos Jr.’s publications We Forum and Malaya, and later, the Philippine Daily Inquirer ran stories about human rights violations of the Marcos dictatorship.

When Marcos was ousted through a popular uprising and democratic institutions were restored, Oliveros, then a human rights volunteer, thought there would be space for human rights reportage. He was mistaken. 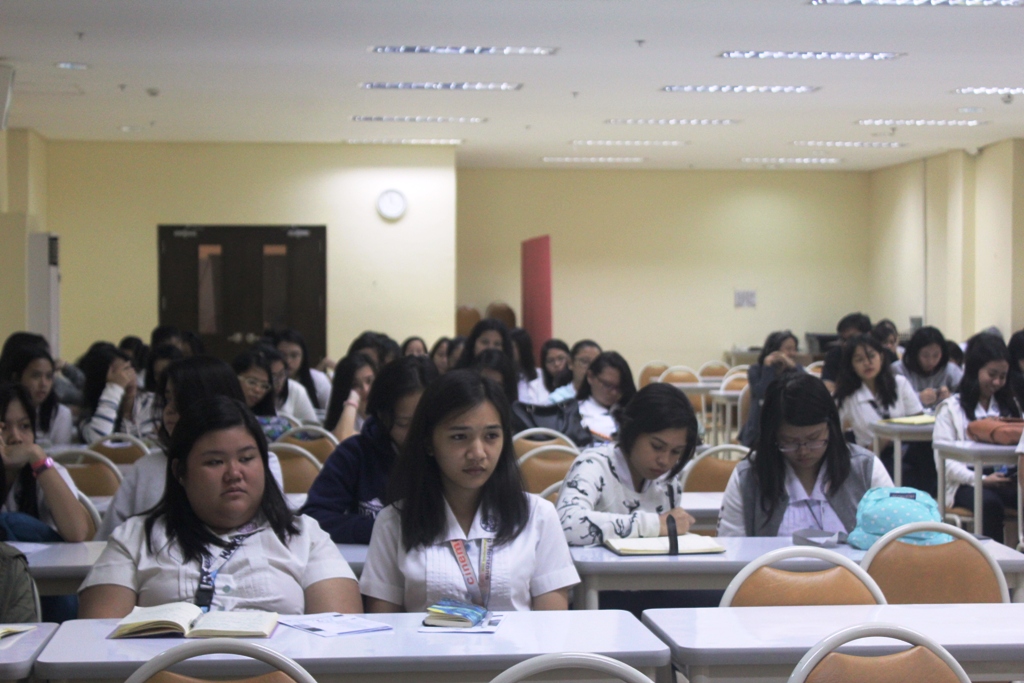 Outright censorship was replaced by the dominant media’s standards of “newsworthiness,” said Oliveros.

At one point during the Cory Aquino administration, Oliveros said, they provided media outfits with photographs of the desecrated remains of Italian priest Fr. Tullio Favali. Favali was brutally killed by paramilitary forces in 1985.

These days, the concept of “if it bleeds, it leads” persists in many newsrooms, said communication professor Anne Ednalyn Dela Cruz. Dela Cruz said news desks do not consider it newsworthy if something is not bloody enough.

For Ilang-Ilang Quijano of Altermidya, a national network of alternative media organizations, the challenge for most journalists is providing context to the stories.

Quijano emphasized that socio-economic and cultural rights are human rights and violations of these rights often lead to violations of civil and political rights.

Quijano cited the case of the 2004 Hacienda Luisita massacre. The low wages received by sugar workers and the denial of their right to land led to the strike, Quijano said.

In violent demolitions of informal settlers, Quijano said, most stories in the dominant media do not explain what compelled the urban poor to fight back or why they refuse relocation. 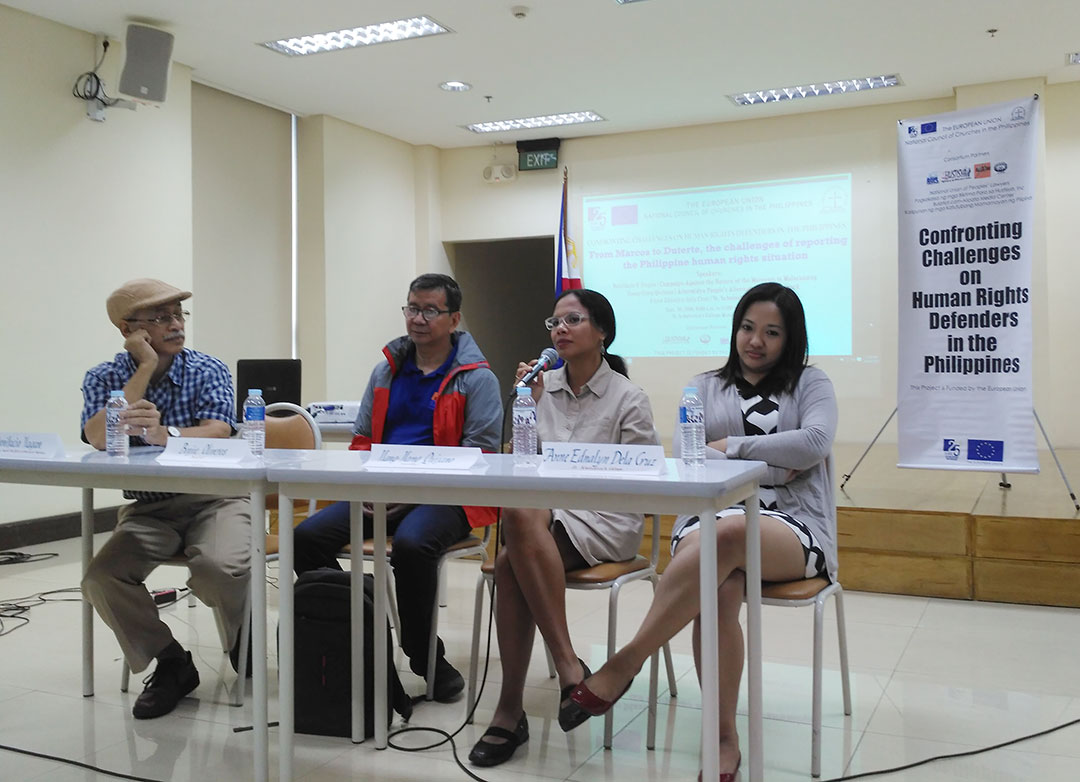 On President Duterte’s war on drugs, Quijano said, the challenge is to go beyond the numbers and to humanize the victims. She added there should also be stories on how to deal comprehensively with the drug menace.

Dela Cruz called on St. Scholastica’s students to be critical consumers of news.

She also urged them to support and promote alternative media organizations and make the alternative the mainstream. “They have limited resources and limited reach but they do good stories,” Dela Cruz said.

The forum was organized by Bulatlat as part of the project Confronting Challenges on Human Rights Defenders in the Philippines funded by the European Union.