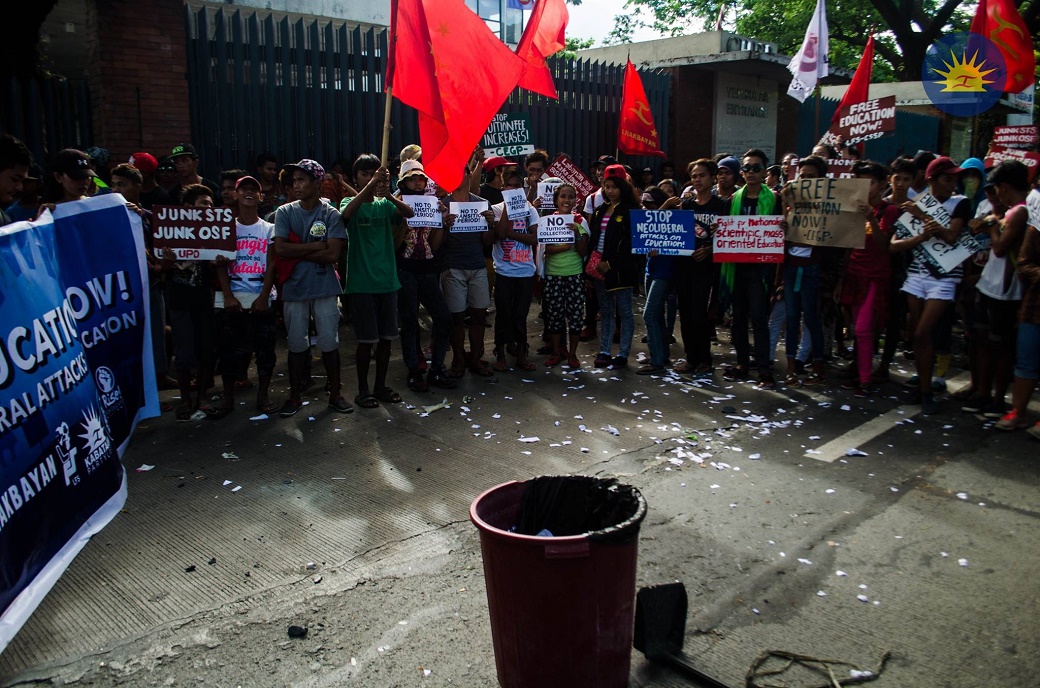 MANILA – Progressive youth groups showed disgust over what they called “free tuition scam,” referring to the recently-released Implementing Rules and Regulation for the free tuition policy issued by the Commission on Higher Education (Ched) and the Department of Budget and Management.

In a protest on Wednesday, May 10, students tore copies of the IRR in front of the Ched office in Diliman, Quezon City as they mark the launch of “Brigada Protesta” – a take-off from the Department of Education’s Brigada Eskwela — to intensify protests against K to 12 and calls for free education. 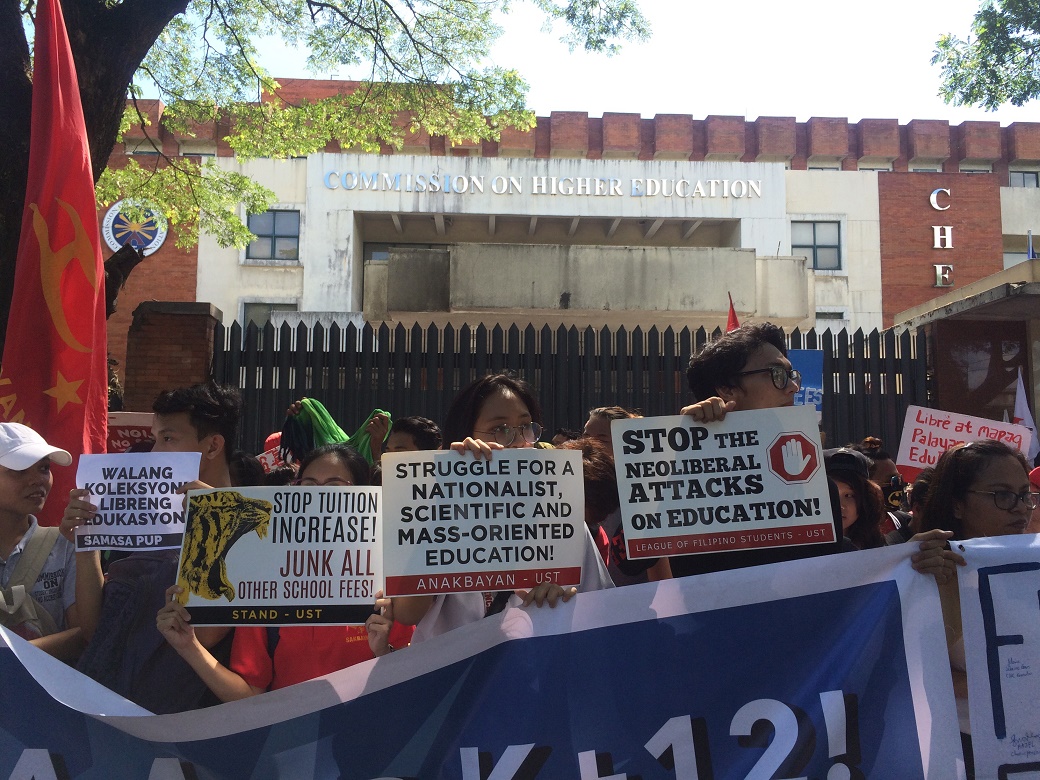 Released on April 20, the IRR was based on President Rodrigo Duterte’s order to prioritize “poor but academically-able students.” In December 2016, Congress approved P8 billion ($160 million) in Ched’s budget to be allotted for free college tuition. 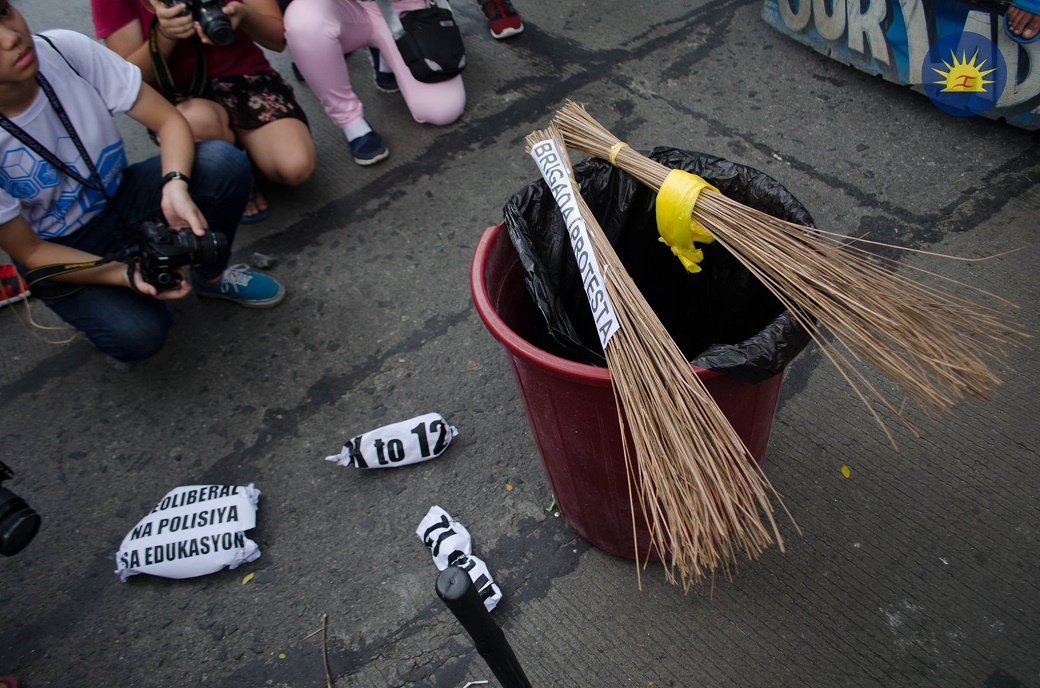 Protesters threw the shredded IRR copies into a trashcan, in a symbolic junking of the guidelines.

Daryl Angelo Baybado, College Editors Guild of the Philippines national deputy secretary general, said what was an “initially victory” of the youth in their call for free education was ruined by Ched and DBM’s IRR. 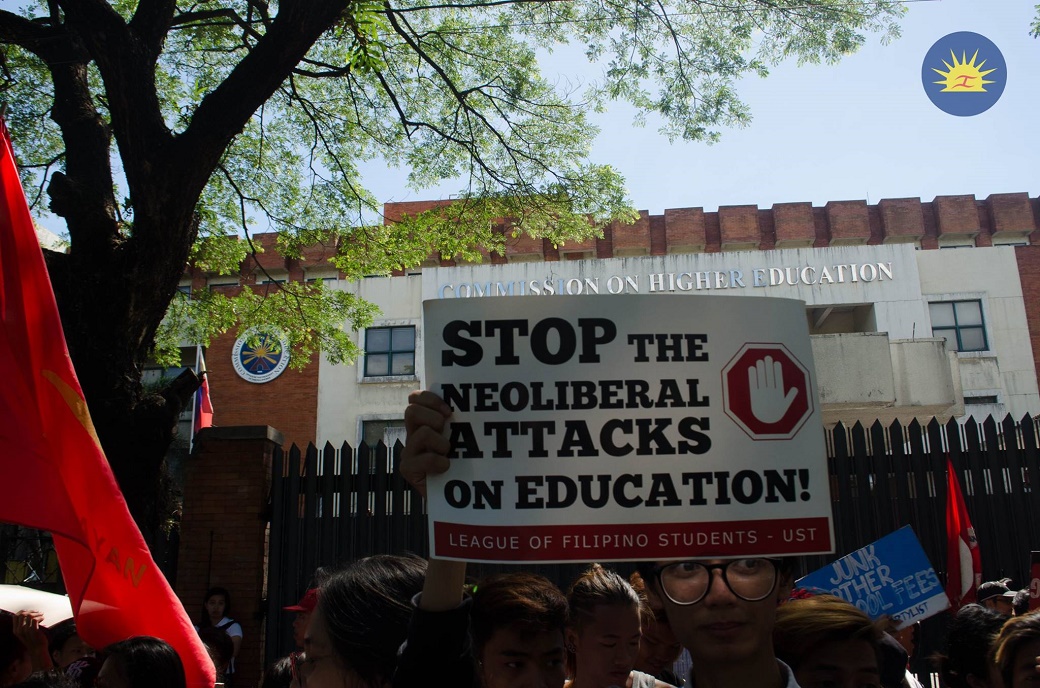 Kabataan Partylist has filed on May 8 House Resolution 971 enjoining members of House of Representatives to support the demand for no tuition collection for the next academic year.

“We are enlivened by the support of no less than House Speaker Pantaleon Alvarez after a meeting with student leaders. We are expecting more legislators to get on board with the initiative, in light of escalating calls and engagements for free education,” said Elago. 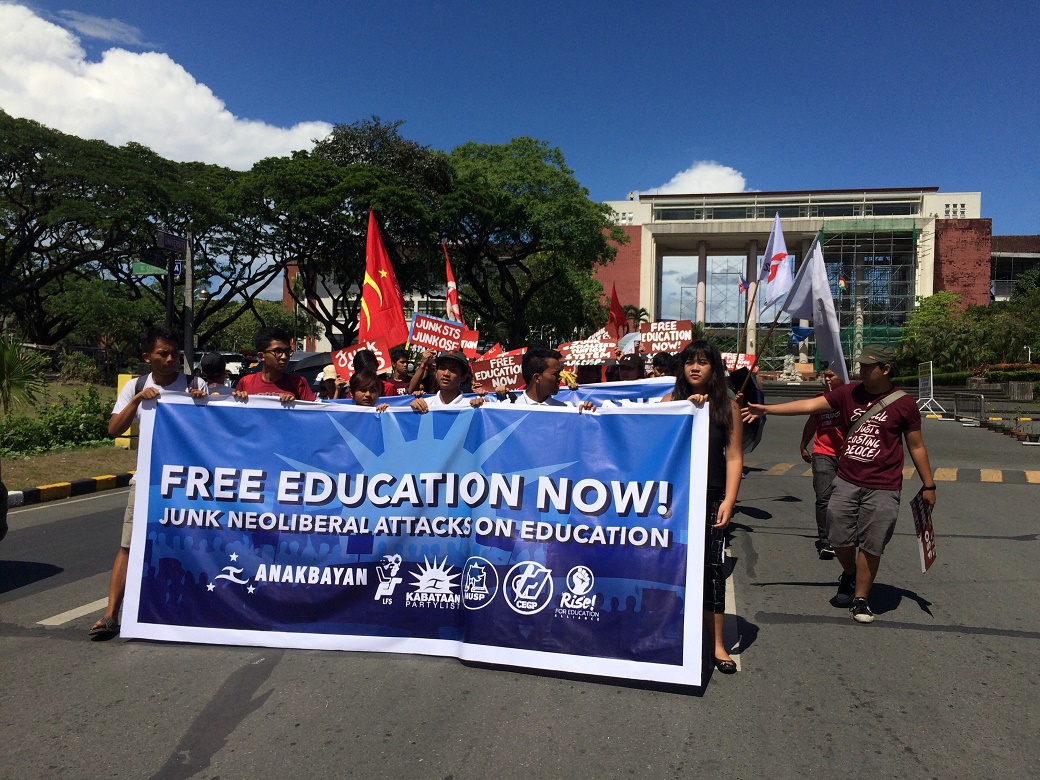 Meanwhile, Elago said in her official Facebook account that Ched commissioner Prospero De Vera announced at the House Committee on Appropriations meeting on May 10 that they “would revise the ‘free tuition scam’ guidelines to implement the special provision that ‘no tuition shall be collected from all undergraduate students for school year 2017-2018.’”

“Commissioner De Vera’s statement is proof that the free tuition IRR distorts the intent for non-collection of tuition. That in and by itself, the IRR transmogrified free tuition into a selective scholarship program,” said Elago. The revision of the implementing guidelines is set to be released next week, she said.