MANILA — A month after President Duterte’s declaration of martial law in Mindanao, progressive groups continue to call for its termination, as they held another Black Friday protest at Plaza Miranda here and marched to Mendiola, June 23.

Duterte declared martial law in Mindanao on May 23 to quell terrorist attacks in Marawi City from allegedly ISIS-affiliated Dawlah Islamiyah, led by the Maute brothers. But a month has passed and clashes between the group and government troops continue in Marawi city.

Martial law declaration in the whole island has only exacerbated the problem, said the protesters. Human rights violations increase, including illegal arrests, rape, and indiscriminate firing and bombing of communities. 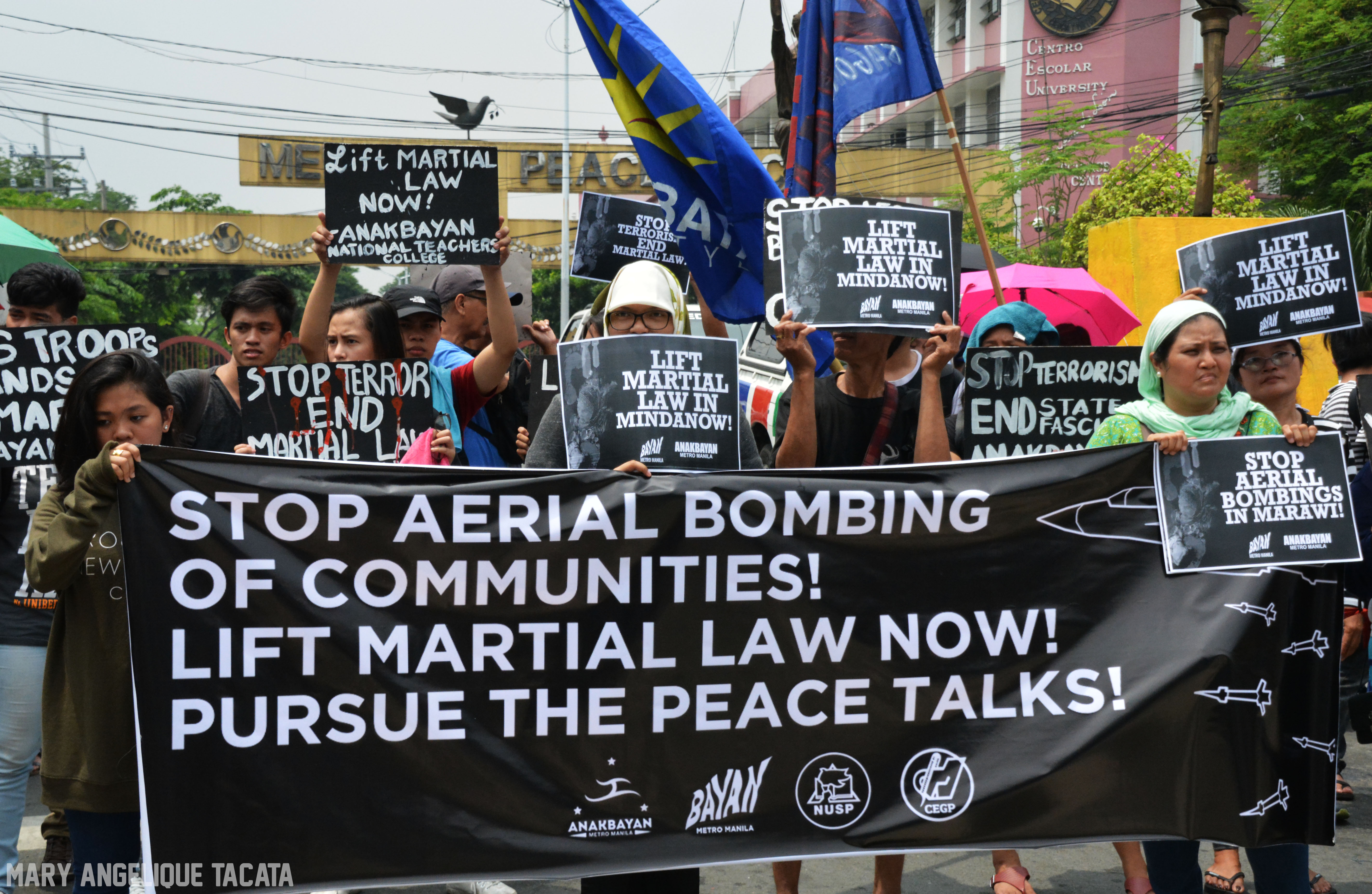 “In its quest to end crisis in Marawi, the government has continued to be myopic and decided to combat fire with fire. Depositing Marawi with multiple bombings and mortar bombardments will not cease the terrorism in Mindanao. It will only cause more deaths and displacements,” youth group National Union of Students of the Philippines said in a statement.

Meanwhile, protesters have also delivered first-hand accounts from people in Mindanao, getting caught in between the battles.

“The real victims are not the terrorists, but the civilian who get caught amid the bombings,” said Diamond Kalaw, a Maranao urban-poor leader. Kalaw said some of her relatives in Mindanao were victims of rape.

Even the facts used by the authorities to justify martial law were fraudulent, rendering the declaration baseless, said Jerome Succor Aba of Suara Bangsamoro. This include the reported beheading of the Marawi city police chief, who came out and disproved the report.

The groups also condemned continued military intervention by the United States (US), which has provided technical support to the Armed Forces of the Philippines in Marawi City.

The participation of the US in the conflict contradicts Duterte initial pronouncements for an independent foreign policy, said a statement by Bagong Alyansang Makabayan (Bayan).