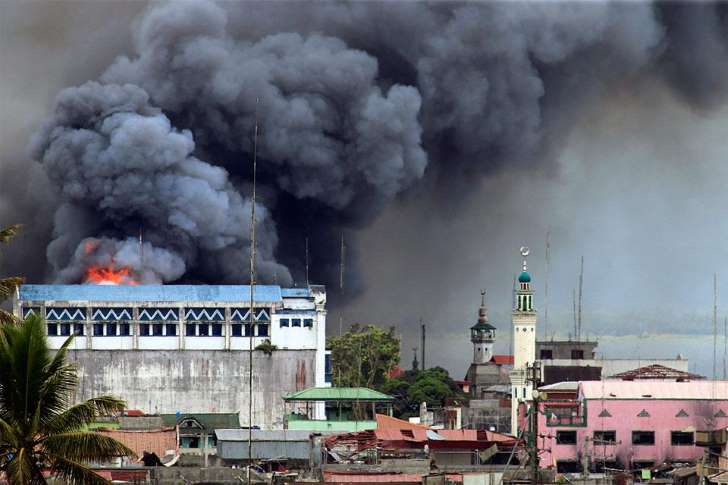 After the military has destroyed Marawi City’s business area, it is alleging that the Mautes have taken to planting bombs in the city, and that’s why they will still not allow the Maranao to reclaim the city.

MANILA – The displaced citizens of Marawi are increasingly getting restive with their bakwit status in the surrounding towns and cities of Marawi. “We are not beggars. We are not squatters,” some women bakwits would say. They are not used to depending on relief packs for weeks and weeks. In Marawi before the conflict, they were earning their own money from small trade and businesses. As evacuees, they told Bulatlat last week, they earn nothing while their houses and wealth were being bombed or ransacked. The menfolk are also used to having a livelihood and earning money.

They left behind all they had after the government soldiers or the black-clad men identified in the news as the Mautes had told them to leave, to avoid the armed fighting and the bombing. They were told to leave in a hurry. But more than 70 days since, they are already longing to return home.

Some of the Marawi bakwit, when asked, say they can’t comprehend why the government soldiers are still in their communities while they are in the evacuation centers. Long before the end of July, they said, the obviously superior number and attacks launched by the government troops should logically have killed or incapacitated the members of their target Maute Group. Or reduced them to a very few, to a number that does not require destructive aerial bombings, intense warfare, and closure of the entire city against its former residents.

Locals who grew up in Marawi and knew its ins and outs said they also couldn’t comprehend how come the government soldiers are still allegedly battling an indeterminate number of alleged Mautes when there is little to no way the latter could have received reinforcements after the soldiers took over Marawi.

As early as before President Duterte’s second SONA last July 24, the bakwits have begun calling on the government to end the bombing, lift Martial, let them return to Marawi and rehabilitate the city with their participation in all stages. They worry over the announced news that businessmen and government executives have been meeting to plan to “rehabilitate” Marawi, with some announcing they will develop it for eco-tourism without involving the residents.

Marawi is the only Islamic City in the Philippines. At the time the military reported that the Isis-inspired Maute began gathering in the city it was also the time near the start of Ramadan. To the Muslim that season, as holidays go, is like the Christian’s Christmas season. As such, many Muslim from the Philippines and abroad were gathered there before Martial Law.

The locals said they are used to seeing foreigners in the city. Aside from having Muslim guests for Ramadan, on any day during the year, they regularly see foreign-looking soldiers jogging, even taking selfies, in the vicinity of the government military camp in Marawi City. Marawi City is hosting some US military facilities.

Marawi was exclusively a city of Islamized Maranao tribe whose locals are enterprising and supporting their families. The city is regarded as a shopping or trading center in the region. It is bordered by the scenic Ranao Lake and blessed with a climate comparable to that of Baguio City, the Philippines’ summer capital in the north.

Prior to Martial Law and military occupation of Marawi, the business establishments in the city are mostly family-owned and run by Muslims. The city also has areas planted by locals with rice, corn, and taro. Some of these are ready for harvest but were left unattended because the locals are still not allowed to enter Marawi.

It takes more than three signatures of different authorities before one can enter the seemingly last military checkpoint to Marawi at Bgy. Emie Punud, Marawi City. But the issued car pass can also be arbitrarily voided at the checkpoint if the soldiers deemed the people attempting to come up to Marawi are posing security risks.

Days after various progressive organizations sent a delegation for the second wave of the National Interfaith Humanitarian Mission among Marawi evacuees, the military alleged that the Maute Group planted explosive devices in some parts of Marawi City. A conflicting military report also alleged that the Maute Group might be behind the recent bombings outside the battleground in Marawi City. The military said these bombs or explosive devices are the reason why they still won’t allow the evacuees to come home.

Despite the alleged explosive devices, the government has deployed engineers to survey Marawi City and come up with a rehabilitation and rebuilding plan. All these are spooking the Marawi evacuees. The more critical among them have formed Tindeg Ranao (Rise Up Ranao), a Marawi conflict survivors’ group on July 27 in Iligan City. Fearing a more permanent dislocation in the evolving rehabilitation plan of the Duterte government, they expressed their desire to “reclaim” Marawi soon. But in so doing, the Marawi bakwits are facing military suppression.


The National Interfaith Humanitarian Mission 2 held from July 26 to 29 documented cases of rights violations perpetrated by the military. Karapatan lawyers who joined the mission noted a worrying trend: to quell the Marawi evacuees’ growing restiveness at being kept away from their city, they are being policed and their supplies are under threat if they question or voice out their demands.

Karapatan unearthed cases of rights violations pointing to military repression of the increasingly restive Marawi bakwit. One of which is the government soldiers’ continuing presence in the evacuation centers, also in relief-distribution, ostensibly to keep the bakwits in order.

The interfaith mission noted that the soldiers are in fact actively preventing the Marawi evacuees from voicing criticisms of Martial Law or of their continued evacuation. “The government military seems to be stepping up the repression of bakwits to make them stay meekly out of Marawi centers and also to present so-called Isis members to the media,” Karapatan said after studying the cases they unearthed during the second interfaith mission.

Following are just some of the Marawi evacuees’ commonly expressed words regarding their plight. 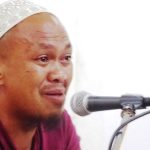 “We hope they put an end to Martial Law. Because we Muslims suffer …

… “From what we understand, the bombing must stop now because what will happen to our houses? Most of us ask each other whenever we see each other in the evacuation area or barangay hall, ‘Why don’t they stop the bombing? There is no more enemy. Or even if there are enemies still, there are too few of them.
(Click this to continue reading.)

Marawi bakwit to Duterte: ‘Maybe you don’t remember we Muslim voted for you’ 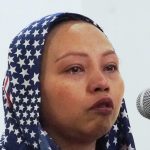 I want to call on Pres. Duterte, please stop the bombing of Marawi and please lift Martial Law.