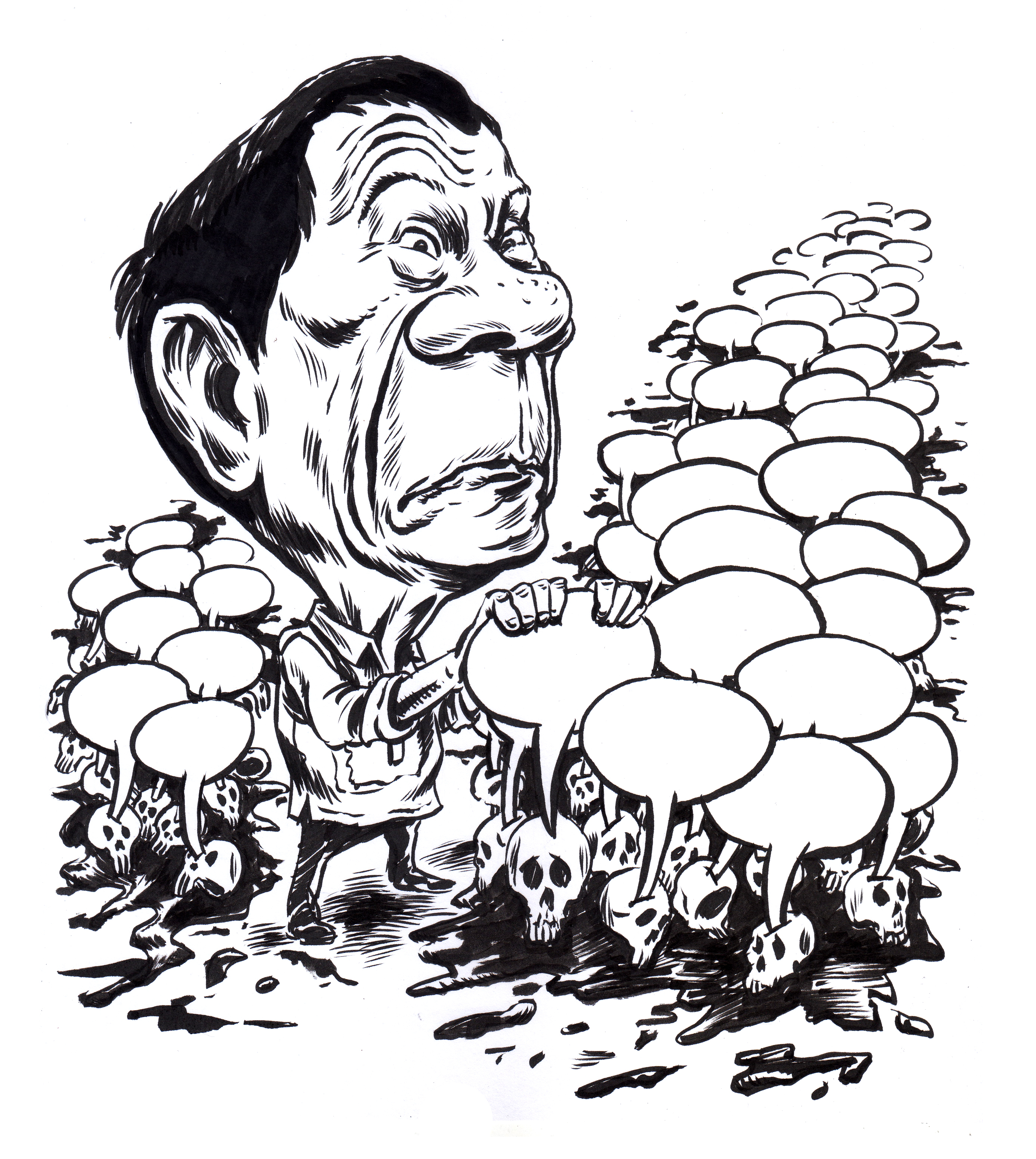 MANILA – Even before President Duterte officially declared the Communist Party of the Philippines and New People’s Army (CPP-NPA) as terrorist groups, he encouraged soldiers to shoot “armed” members of the said groups. Duterte also threatened to order the re-arrest of peace consultants of the National Democratic Front of the Philippines (NDFP).

Karapatan Alliance for the Advancement of People’s Rights (KARAPATAN) condemned the President’s statements which they said may lead to violations of international humanitarian laws and agreements on the rights of both civilians and combatants engaged in armed conflict.

“Duterte, the military’s commander-in-chief, has not only gone cuckoo but also has allowed his security state forces to further embolden human rights violations. Duterte’s statement to ‘shoot to kill’ suspected NPA members and arrest peace consultants of the NDFP are recipes for political persecution,” said Roneo Clamor, Deputy secretary general of Karapatan.

National Union of People’s Lawyers (NUPL) President Atty. Edre Olalia cited that the 1949 Geneva Conventions and its 1977 protocols, and the Comprehensive Agreement on the Respect for Human Rights and International Humanitarian Law (CARHRIHL), should still be respected.

The Philippines is signatory to the Geneva Convention and its protocols, which provide rules for the conduct of armed conflicts, including internal wars. It highlights the treatment of prisoners of war and the rights of both civilians and combatants in armed conflicts.

Meanwhile, CARHRIHL is a landmark agreement that obligates both the NDF and the government of the Republic of the Philippines (GRP) to respect and adhere to international humanitarian law among its forces.

Meanwhile, the NDFP had insisted that even without peace talks, the Joint Agreement on Safety and Immunity Guarantees or Jasig also remains in effect and should be observed by the government.

As commander-in-chief of the armed forces, Duterte practically “shrugs off” the country’s responsibility as a signatory to these agreements, as he gives informal order to kill “armed” revolutionaries, Karapatan said. Even without a formal declaration of martial law, government troops and their auxiliaries are attacking activists and civilians in continuous harassments, intimidation, and killings, said the group.

“Duterte is ignorant of international humanitarian laws, if not willfully disregarding all of them. He’s accountable for doing so, with his ‘no rules and no bounds’ stance on attacks against the people. See how the Duterte’s war on drugs have become a killing spree on civilians and still suspected drug dependents and small-time dealers. This is a dangerous mind-set, which we first saw under Marcos’ martial law regime.

Clamor warned against the reputation of the AFP in the perpetration of human rights violations. From December 3 to 4, 10 people — activists, civilians, priests, and human rights workers — have already been killed.

“More than a year in power, the Duterte government has claimed 104 lives in political killings, mostly farmers. There are 449 political prisoners languishing in jails; there are hundreds of people in communities under constant threat of militarization, harassment and food blockade. How mad can Duterte go in saying shoot to kill every terrorist? This regime is one big terrorist exhausting lives from among the people defending their rights,” said Clamor.