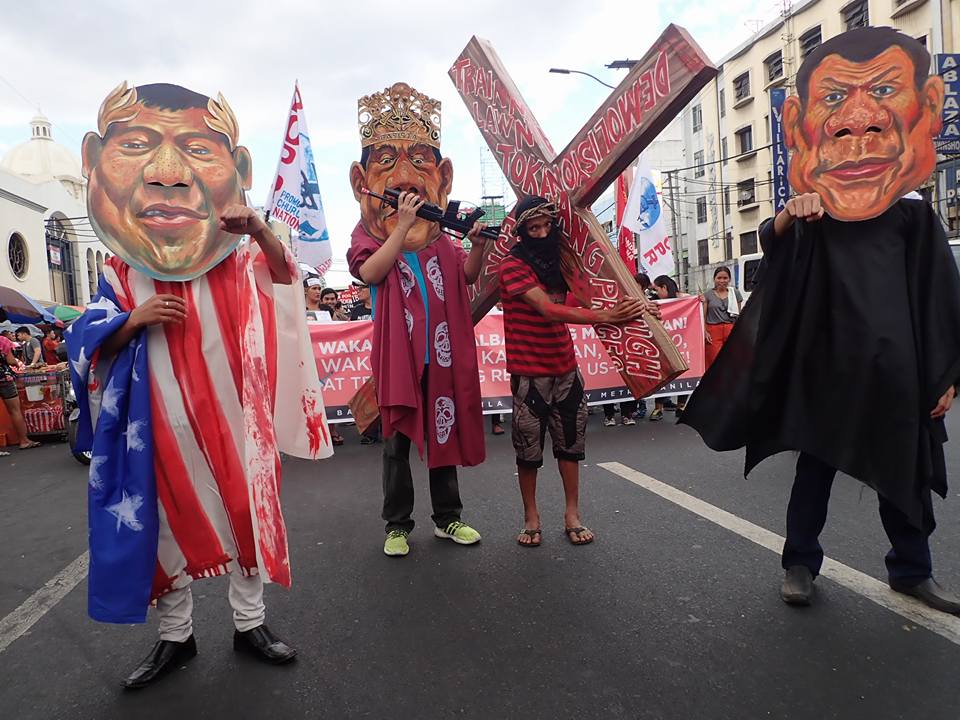 “Like a modern day Pontius Pilate, the regime is an expert in demonizing one sector from another and betraying the people’s interest behind a façade of nobility,” Arellano said in a statement. 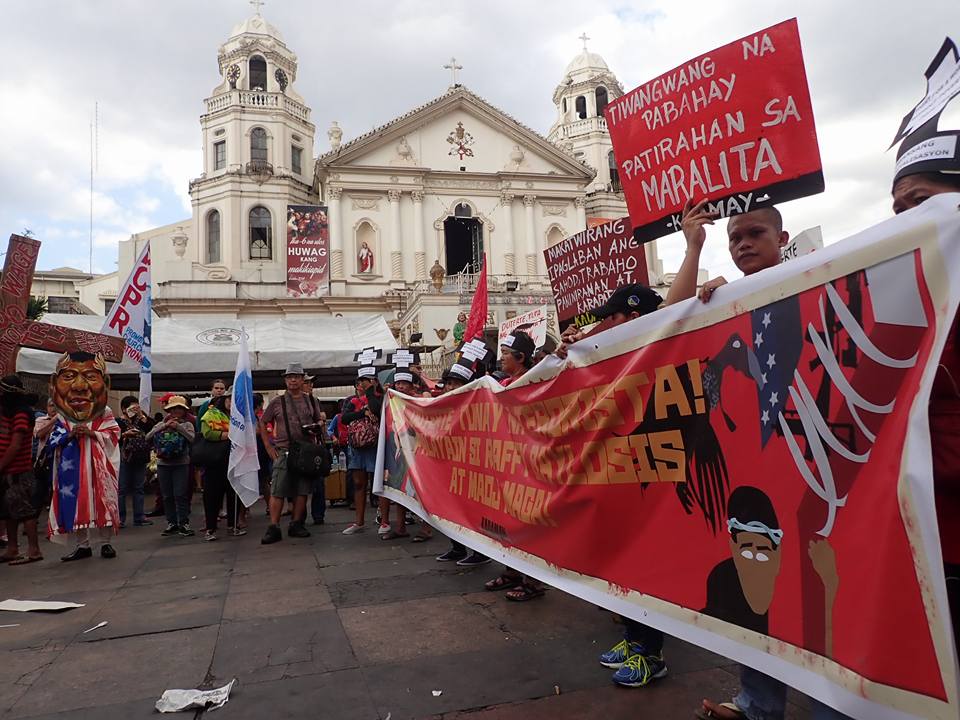 The groups lambasted the continuing contractualization that Duterte failed to end, the burdensome Tax Reform Acceleration and Inclusion law.

The protesters marched from Plaza Miranda where an ecumenical liturgical prayer was held to Chino Roces (formerly Mendiola) bridge. 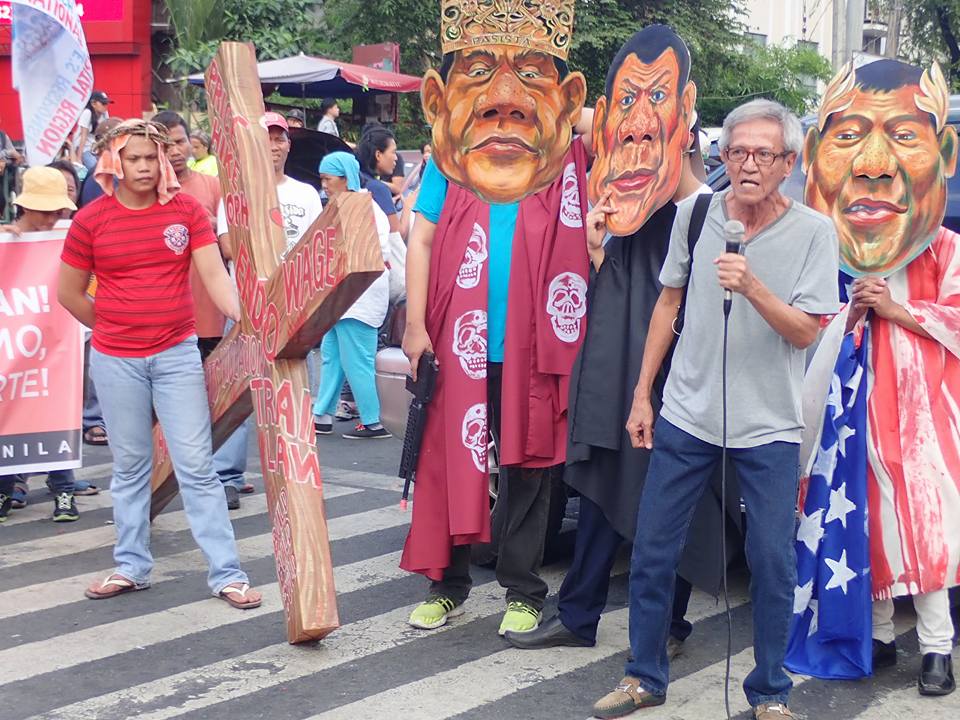 The Department of Justice filed a petition to declare the Communist Party of the Philippines and the New People’s Army as terrorists. It listed over 600 alleged members and officers of the CPP and NPA.

Bagong Alyansang Makabayan (Bayan) said that Duterte has “sunk to the level of facist brute, afraid of all forms of criticism and accountability.” It added that the people will continue to assert freedom of expression, freedom of association, the right to assembly and the right to organize.