Pride in the Philippines: Slow steps toward liberation 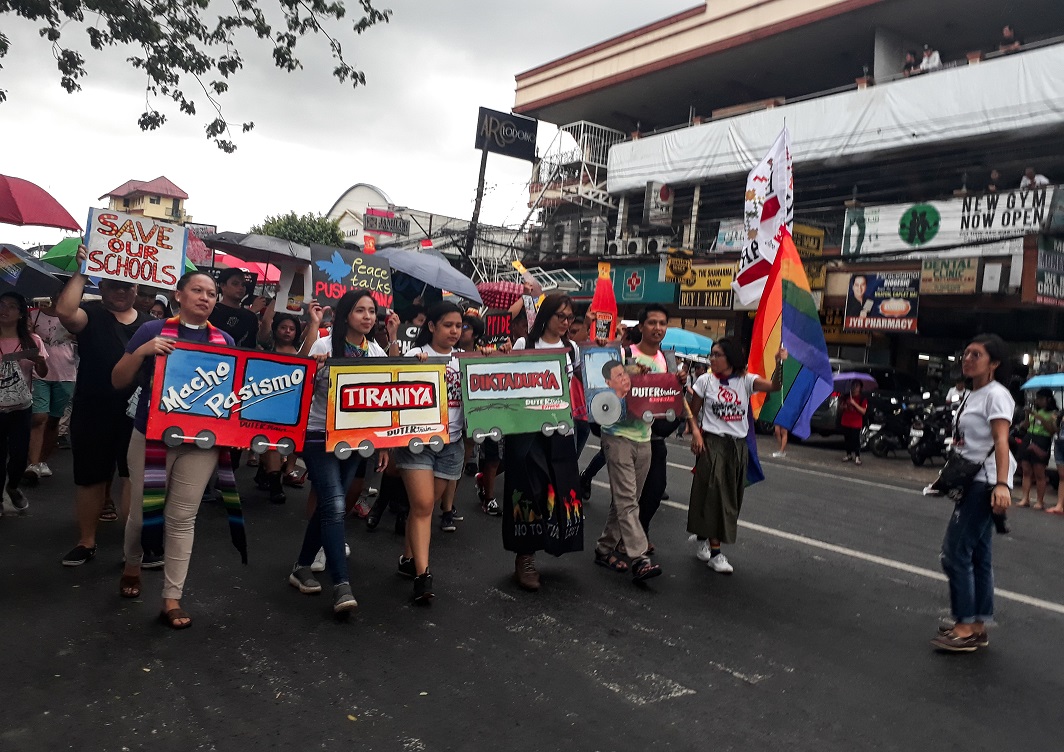 “We thought that the natural progression, since we all are gathered here together, is that now it’s time for action, especially our action around the LGBT to become better advocates or allies to each other.”

MANILA — Amid the sudden pour of rain, thousands who joined the annual Metro Manila Pride continued to march on. More than 25,000 people attended the 2018 Pride March and Festival on June 30 which was reportedly three times more than last year’s 7,700.

Marikina City was once again filled with the vibrant hues of fancy costumes and rainbow flags. Others carried eye-catching signs that bear calls for solidarity. Bystanders were warmly met with sing-song “Happy Pride” greetings. The Filipino lesbian, gay, bisexual, and transgender (LGBT+) community gathered to demand for equal rights — resonating the same battle cry of the Stonewall Riots.

In 1969, the New York City Police raided the Stonewall Inn, a gay bar in Greenwich Village. The establishment was a place of refuge for LGBT Americans. At that time, homosexual relations were considered a crime. New York also had a gender-appropriate clothing statute. On June 28, policemen entered the club and began arresting patrons. Suspected cross-dressers were brought to the bathroom to have their sex checked. The raid sparked a series of protests, which contributed vastly to the progression of the gay rights movement.

For Charella Gonzales, a pansexual who just came out a month ago, the Pride March is an assertion of one’s identity. “We’re oppressed. We’re not allowed to say what we want just because we’re different from heterosexuals. I think that this protest of ours is to make people listen that it’s normal to be different. It’s normal to be gay,” she said. 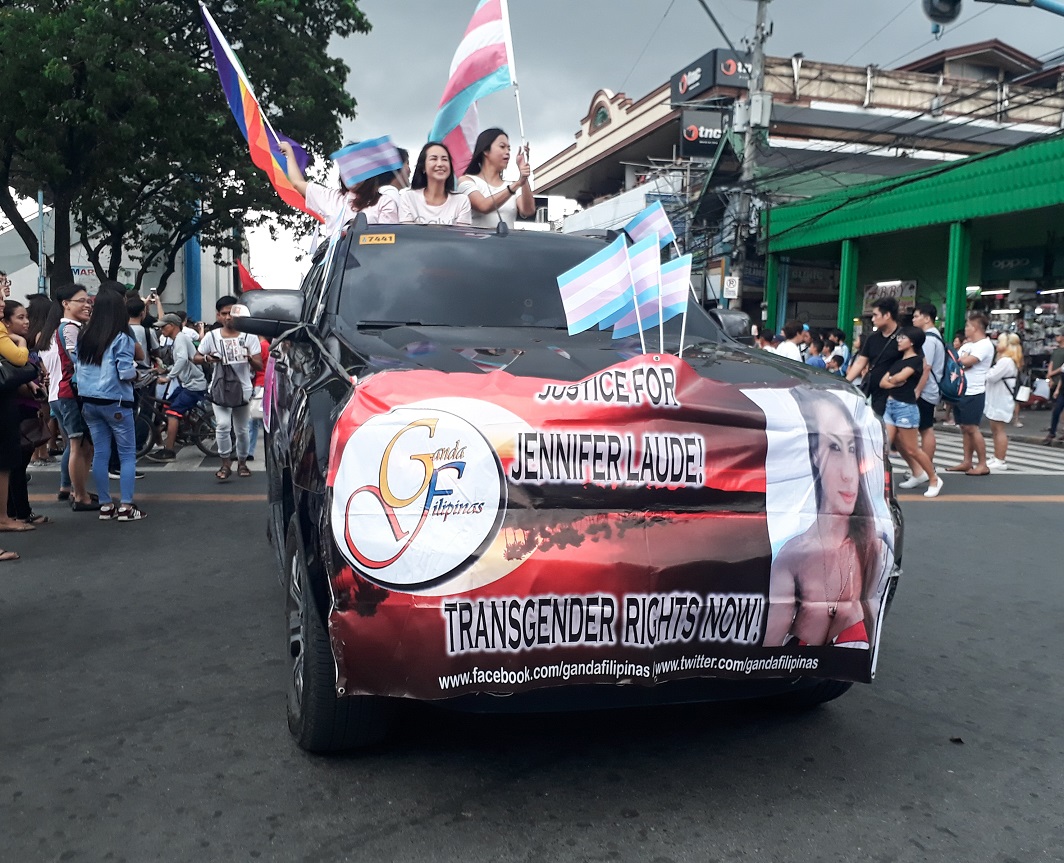 With a cheeky smile, Gonzales admitted that she came out to her family while she was drunk. Her religious family accepted her. She quickly added that in the Philippines, the LGBT+ are merely tolerated.

Rainbow Rights Philippines conducted a survey during last year’s pride march. It showed that more than half of the LGBT+ respondents have experienced discrimination because of their sexual orientation, gender identity, and expression (SOGIE).

“If we truly are accepted then this [safe space] wouldn’t be just Marikina, it would be all of the Philippines. You can also see it in the government, why do we need to pass the SOGIE Bill if we really were accepted?” Gonzales said.

Same-sex couple Gian and Joshua (not their real names) confessed that they prefer to go to “safe” places where they do not know many people.

“We went to [Tomas] Morato. We wanted to stroll around. We were holding hands and then there was this guy who heckled us,” Gian said. 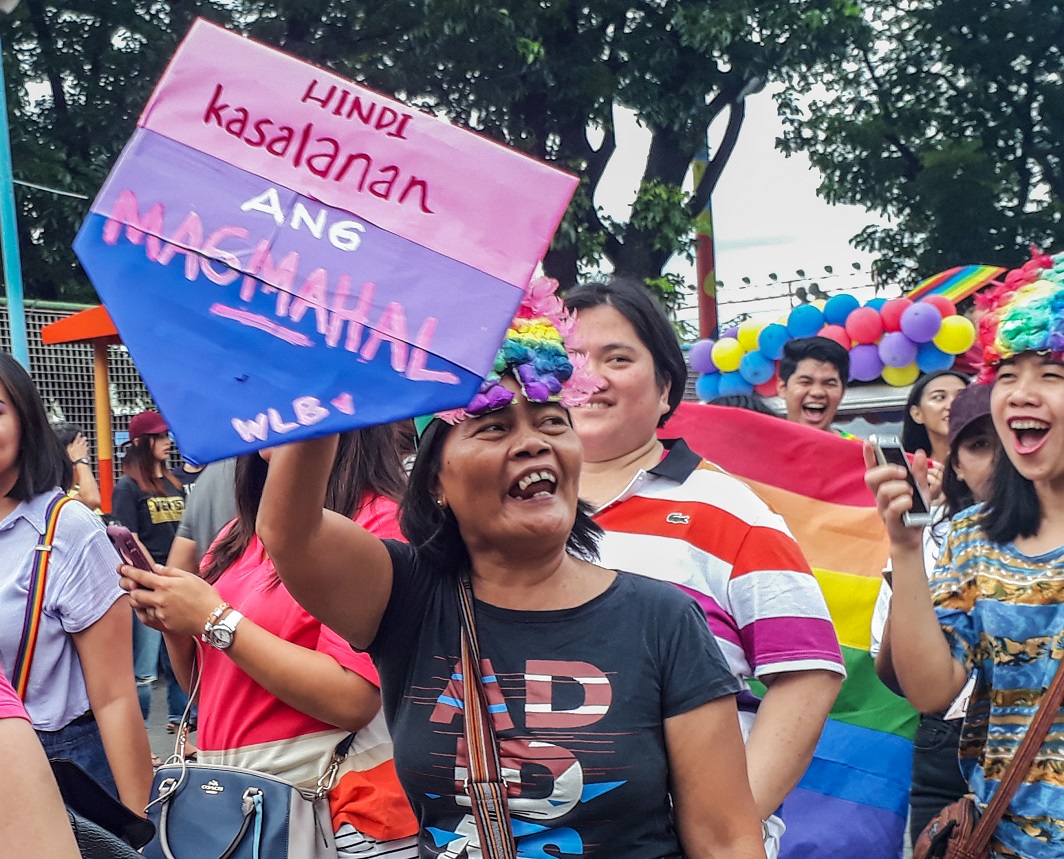 “The march is more like a gathering [of a] a community who went through shared experiences like discrimination. The thought of being with people with the same experiences as you is empowering,” added Joshua.

Last March, Senate President Vicente Sotto III said that there is a slim chance that the SOGIE would be passed in Congress.

The first version of the SOGIE Equality Bill was filed during the 11th Congress. It aims to prohibit gender-based discrimination including the refusal of admittance to an educational institution and harassment, restriction or denial of access to public services.
The Bill has been pending in Congress for almost two decades. It has only been passed on its third and final reading in the lower house last September 2017. The murder of transgender Jennifer Laude by an American soldier manifests the impact of the absence of comprehensive national laws that protect the LGBT+ community.

Twenty five years after the historic Stonewall Riot, the first LGBT+ mass action in Asia happened in the Philippines. Participants took to the streets to decry the decades-old social intolerance. The first Pride March in the country was led by the Progressive Organization of Gays and Metropolitan Community Church on June 26, 1994. It has been 24 years since then. 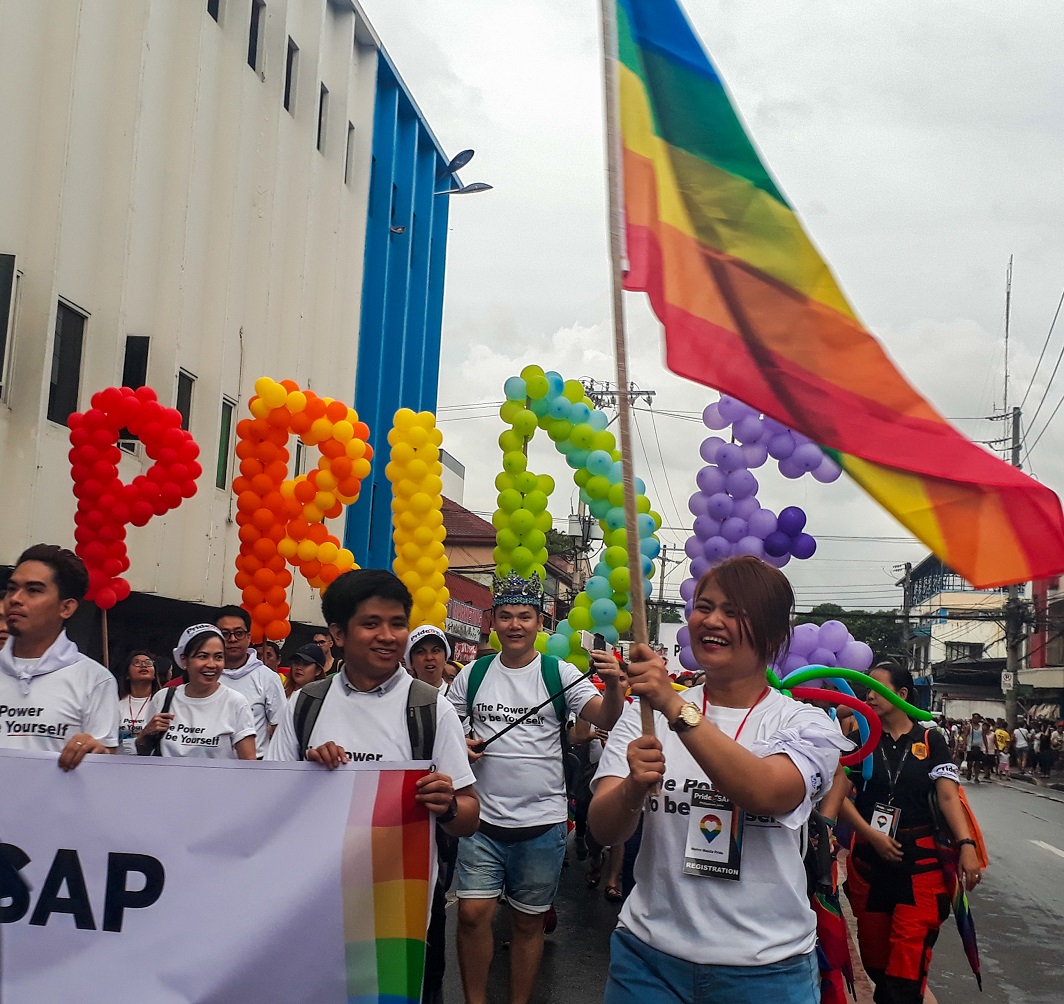 “We thought that the natural progression, since we all are gathered here together, is that now it’s time for action, especially our action around the LGBT to become better advocates or allies to each other. And also pushing for policies that fight for human rights,” she said.

The Metro Manila Pride Organization is a part of the LAGABLAB LGBT Network, a nationwide organization that lobbies for the Anti-Discrimination Bill (ADB).

“We do live tweets since 2016. We also cover proceedings in Congress and the #PassADB trended several times. Those were our initiatives to somehow raise awareness,” she said.

This Pride March saw the same city streets as the one last year. It was also filled with bright-colored flags, big smiles, and loud cheers. The call to condemnation of oppressive systems is passed from one generation to another. The essence of the march remains. The LGBT+ community vow, as long as unjust structures persist, the community will trudge on.