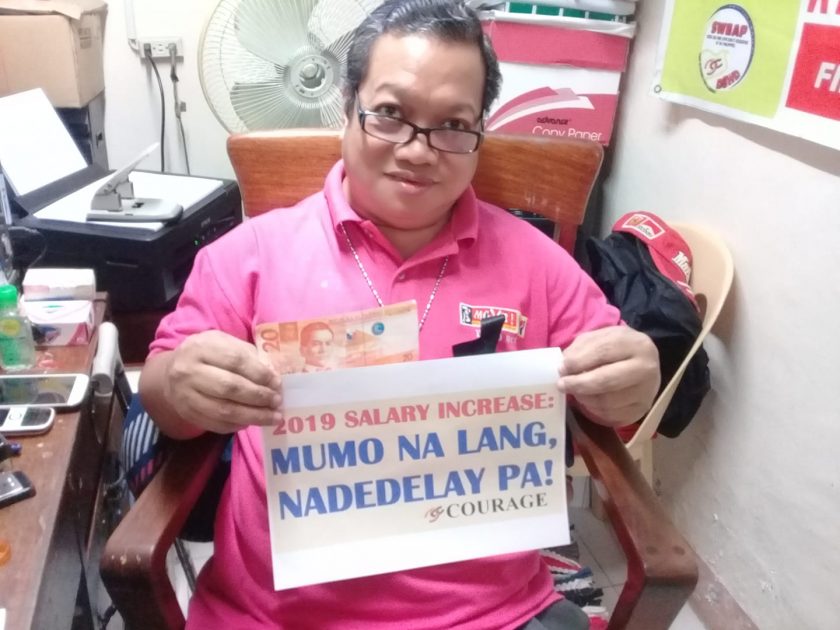 MANILA — Workers from government agencies staged a nationwide black ribbon-wearing today to condemn what they call as unjustified delay of the 2019 budget. It has affected social services including the implementation of mandated salary increases.

Some members of Congress and the Department of Budget and Management, headed by Secretary Benjamin Diokno, have differences about the “corruption-laden” P3.757T national budget.  Ferdinand Gaite, COURAGE National President, said their infighting to obtain a bigger piece of the pie has delayed the budget approval. Gaite said President Rodrigo Duterte has worsened this infighting by allowing some members of Congress to grasp a larger portion of the “parked” funds in government agencies such as the DPWH.  “This is the obvious reason why the General Appropriations Act for 2019 was not approved during the previous session of Congress and thus the re-enactment of the previous 2018 budget,” Gaite said. 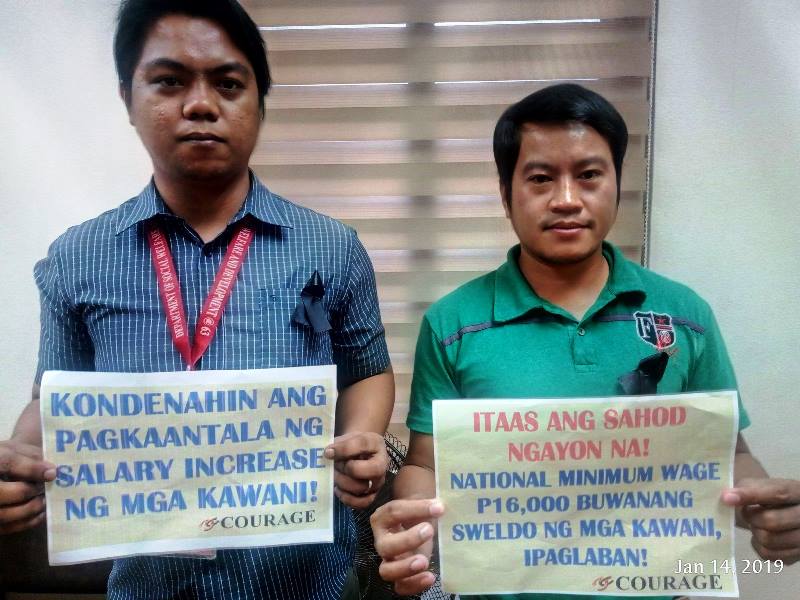 Sec. Diokno warned the delay in Congress’ budget approval will affect the budget for education, housing, health and other social services. Even the last tranche of salary adjustment for government civilian and military personnel will be affected, but House Majority Leader Rolando Andaya, Jr. is disputing this.

Courage estimates that under a re-enacted budget it is more likely that services will be affected and that there will be no salary increase because the budget for these items are in the pending 2019 budget and not in old budget.

Santiago Dasmariñas, Jr., president of the National Federation of Employees Associations in the Department and in Agriculture (NAFEDA), blames the budget delay on government officials “asserting their selfish interest  and also on wrong budget policies.”

“Remember the corruption involving the alleged P52 billion of the 2019 proposed budget reserved  for certain members of Congress?” Dasmariñas asked. This, he said, was on top of the “reduction” or loss from the actual P3.767T budget in 2018 to P3.324T in 2019 due to the shift to “cash-based”  budgeting from obligation-based.

Andaya alleges that Diokno’s in-laws in construction companies have cornered more than P10B worth  of DPWH projects in Bicol.

“These allegations must be fully investigated and heads should roll if proven true,” Dasmariñas said.

Manny Baclagon, President of the Social Workers Employees Association of the Philippines, DSWD, said the government should not only give the workers the last tranche of salary increase but also their demand for a national minimum wage of P16,000 for government employees. The current minimum wage of  P10,510 which will increase to a mere P11,068 by January 2019 is still very far from the family living wage of more than P35,250.

On Tuesday, January 15,  at 12nn-1pm at the House of Representatives’ gate, the government employees are set to launch a protest action to demand for their salary increase.