Better in 2019: What a year taught young activists 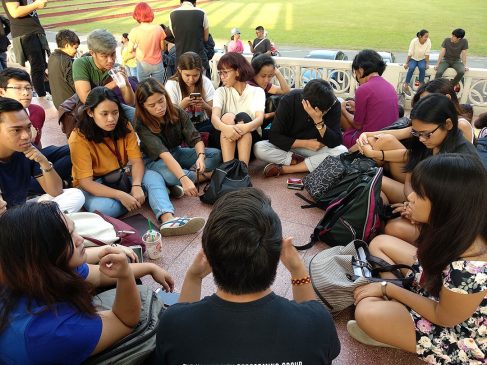 While the domestic and international currents tend to make a person pessimistic, hope abounds. For young activists, the previous year has three lessons that may be used to further uphold people’s rights, interests, and welfare.

Why does the new year feel like the old one? A quick review of the issues that hog the headlines shows a familiar theme of death, deception, repression and economic malaise, often annotated by rancid comments from the President.

With a lower 5.1 percent inflation rate in December 2018, the Duterte administration imposed fuel tax hikes that resulted in roughly a four-peso increase in petroleum prices. Such increases happened for much of 2018. Meanwhile, labor-related issues like low wages and contractualization remain unaddressed. Violence remains unabated with assassinations like the case of Ako Bicol party-list Rep. Rodel Batocabe and massacres like the ones that happened in Sagay and Patikul.

The President is currently in a word war with the Catholic Church while the police and military are accusing activist teachers and students of being part of the Communist insurgency. Furthermore, the government continues to push for the worst possible version of shifting to federalism while Martial Law in Mindanao tramples on the lives of the already vulnerable sectors of society.

In other parts of the world the news is also grim. The new year is ushered in by the worst performance since 2008 as the World Bank cut economic growth forecasts to 2.9 percent this year in the wake of the trade war between China and the United States.

The shutdown of the US government for more than three weeks as of this writing has also resulted in widespread uncertainty. There is also a decline in manufacturing data from China as figures have hit a two-year low. Bleak macroeconomic data include the growing gap between the world’s richest and poorest where, according to 2017 data from the Swiss financial firm Credit Suisse, the world’s wealthiest one percent own as much as 50 percent of global wealth.

As if these economic problems are not enough, global politics veer toward authoritarianism as more countries elect right-wing populist leaders like Brazil’s Jair Bolosnaro and Hungary’s Victor Orban while conflicts continue in the Middle East and new hotspots emerge in South America and the West Philippine Sea.

While the domestic and international currents tend to make a person pessimistic, hope abounds. For young activists, the previous year has three lessons that may be used to further uphold people’s rights, interests, and welfare. 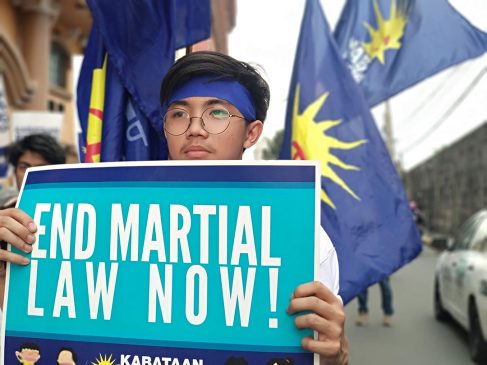 The first lesson is the necessity to immerse with the marginalized sectors of society. Young activists know that in order to genuinely advance the people’s interests, they must be with them. In other words, young activists have learned the importance to sharing the reality lived by the poor like jeepney drivers, workers, farmers and indigenous peoples. Such a drive to share the conditions and aspirations of the working class has led students and youth activists to organize numerous protest actions last year. For example, young activists played a significant role in the strike of NutriAsia’s workers as they provided material support, gave paralegal advice and used the Internet to disseminate relevant information. Student and youth activists also helped set up many workers’ networks, associations and even unions such as those at Hanjin Heavy Industries, PLDT, Jollibee and Liwayway Marketing Corporation. Progressive student organizations and their schools have also helped establish the Lumad school in Metro Manila and the campout of the striking workers of the Sumifru company.

The second lesson is the importance of reaching out to more people and explaining the efficacy and viability of activism in effecting genuine social change. Activism has always been demonized by the state to discourage change but this baseless strategy was exposed when the Red October hysterics of the police and military were soundly debunked. Such a success may be attributed to the expansion of progressive organizations and their growing appeal to the disaffected, dissatisfied and discontented. Individual professors and even universities like the De La Salle University and the University of the East had criticized the sweeping accusations of the government. In addition, education is a crucial component in explaining dissent and activism as essential for the creation of alternatives to our present condition. Activists have multiple fora, alternative classes and group discussions on topics like philosophy, economics, politics, history, culture and current events. Furthermore, the drive to educate is complemented by a strong publicity effort both on the ground and online. 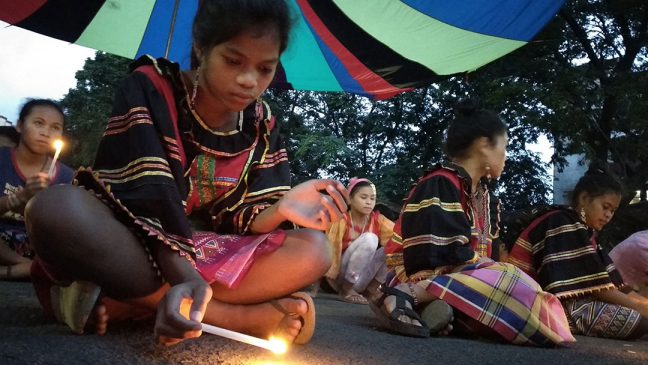 The third lesson is bravery. The year 2018 saw various attacks against activists ranging from defamation to imprisonment, and even murder. Internet trolls continue to harass and intimidate activists using lines and reasoning oft-repeated by the government. Meanwhile, trumped-up charges have been filed against prominent youth leaders like Einstein Recedes and Vencer Crisostomo. A fair number of activists have also been detained, with the youth caught in the violent dispersal at NutriAsia serving as a somber example. More youth leaders are also subjected to surveillance and various forms of harassment.

The first couple of weeks of 2019 do betray the gathering storm clouds but there is hope. Struggles can be won, unities can be clinched, trolls bested, convoluted conspiratorial accusations defeated and dictators ousted.