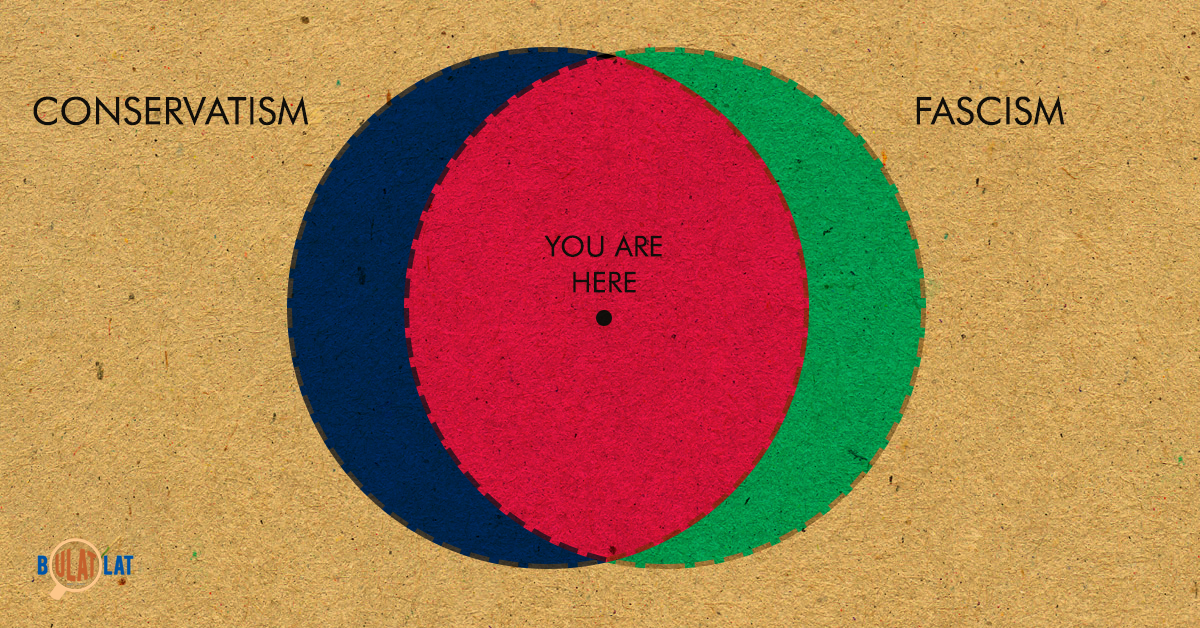 On October 21, Pope Francis declared in no uncertain terms his support for civil unions for same-sex couples. It was a landmark declaration for the Roman Catholic Church, which has traditionally viewed homosexuality as sinful.

Many Filipinos welcomed the Pope’s show of support. Others were not as pleased. Followers of Conservative Philippines, a page managed by Cebuano blogger JP Abecilla, said that the Pope ran counter to Church teaching. Abecilla would make his own opinions known over the next few months on issues such as Manila Mayor Isko Moreno’s SOGIE ordinance and the SOGIE Equality Bill currently on the Senate floor.

Abecilla and his page are part of a loose network of people, pages, and organizations that profess conservative ideology following Duterte’s rise to power. They represent the Philippine conservative movement: an intersection of Catholic values, neoliberal economics, and anti-communism; all thanks to the political climate engineered by Duterte.

The anatomy of a conservative

An article by conservative writer Atty. Jemy Gatdula entitled Going Right: The Need for a Conservative Movement in the Philippines stated that conservatism has its roots in classical liberalism, citing figures like Friedrich Hayek, Ludwig von Mises, and William F. Buckley as examples.

That’s not to say that conservatives are monolithic. But they do gravitate towards the right side of the political spectrum.

They usually equate traditional values with the Roman Catholic Church – hence the backlash against the Pope. Some conservatives, like Jeshurun Arcilla, are also active in their local religious communities.

Conservatives also tend to back right-wing economic policies. The Filipino Right Wing, for example, advocates for ‘free-market capitalism,’ while the CoRRECT Movement Philippines, co-founded by Orion Perez Dumdum, has advocated for the removal of restrictions on foreign direct investment via constitutional reform. Other conservative pages tout stalwarts of neoliberalism like Ronald Raegan and Margaret Thatcher as heroes.

But it is politically where Filipino conservatives tend to differ the most. Outside talking points of limited taxation and small government, conservatives are seemingly divided on Rodrigo Duterte.

Some conservatives are critical of Duterte’s government, especially on topics of corruption and crime. Others find his closeness to “communist” China distasteful, while a small section will be quick to point out that Duterte is actually a socialist.

But Duterte also has his supporters inside the conservative bloc. The CoRRECT Movement, for example, openly supports Duterte’s moves towards federalism. Others, like Conservatives in the Philippines, support the National Task Force to End the Local Communist Armed Conflict. NTF-ELCAC, in kind, has shown mutual love for the group.

It is through anti-communism where conservatives find common political ground. Most conservative groups are quick to denounce communism on various grounds, ranging from the nuanced to the absurd, as is the case when Conservatives in the Philippines and its ‘sister organizations’, Kanan Kabataan and the Agueda Kahabagan Society, lambasted the rise of “leftism” in education, the media, and other facets of social life.

Others simply express tacit support: in a September 30 post, Abecilla aligned himself with The Right Patriots and The Right Philippines, two conservative pages that at times read more like a Parlade-Badoy joint Wattpad novel.

One thing that should never be forgotten is how fascism is linked with conservative thought. Duterte is the prime example of this: he is the utter extreme of right-wing ideology in the Philippines.

Duterte is a conservative’s wet dream. In four years, he has managed to strengthen foreign subservience and Filipino dependence on global trade by privatizing industries and allowing 100% foreign ownership on key industries like mining, power, and telecommunications.

This neoliberal pipedream became possible because of Duterte’s anti-democratic action. Attempts by farmers to resist the loss of land to foreign corporations and landlords are met with bullets. When foreign mining and infrastructure ventures are threatened by mass action from concerned citizens, it is the Armed Forces of the Philippines that swoops in to brand every community leader a ‘communist’ and massacre them all.

As it stands, Duterte has shifted the conversation so far right that there should be no doubt that he is leading a fascist regime. Fascism, after all, is the most extreme form of bureaucrat capitalism – or the transformation of government into a business.

And because Filipino conservatism exists in a pool of overtly fascist thought, it becomes easy for fascists to pull what is ‘reasonable’ right-wing rhetoric further right. There is a growing trend of conservative pages adopting the same dirty social media tactics made infamous by the Duterte troll army.
The Right Luzonian and The Filipino Right Wing, for example, both parrot NTF-ELCAC talking points. Recently, members of the CoRRECT Movement have launched a smear campaign against peasant advocates in artist collective SAKA and Rural Women’s Advocates (RUWA).

In schools with a vocal student movement, conservative pages have taken the guise of ‘combating leftism’ by openly red-tagging students and faculty. The Right Thomasian, for example, recently tagged a UST journalism professor as a ‘recruiter’ for the New People’s Army.

Conservatism as an ideology

At the end of the day, who does conservatism serve?

Conservative ideology, at its core, is the ideology of big business. It champions free market capitalism and neoliberalism, and because of that, it decidedly goes against the interests of the working class. Economic liberalization and foreign direct investment don’t help the Filipino people. If anything, it is precisely these policies that keep them poor and exploited.

Is conservatism a legitimate ideology? Yes. At its most benign, it aims to maintain the status quo and works for the benefit of the ruling class. At its worst, it supports fascism and actively works against the masses.

As a semi-colonial and semi-feudal state, the Filipino people cannot afford conservative ideology. One simply has to look at the current state of affairs and ask themselves, “Do I really want to keep things as is?”