1. Cosmopolitanism: Ethics in a World of Strangers by Kwame Anthony Appiah. Thoughtful exposition on universality, differences, cultural patrimony, saving children, changing of perception through affinity with others.

2. Snows of Yesteryear: A Family in War and a Sentimental Education by Elmer A. Ordóñez. Life of an academic, activist, a scholar recollecting the context of the choices and commitments he made from World War II to the anti-Marcos dictatorship.

3. The Community Press And Its Revolutionary Tradition by Georgina Reyes Encanto. Must-read to understand the radical tradition of the Philippine press. Also, the role of the religious press and the Left’s underground press in the resistance against Martial Law.

4. Cleopatra’s Nose: Essays on the Unexpected by Daniel J. Boorstin. Essays on printers, Darwin, the age of machines, and Alexis de Tocqueville.

5. This Land Is Their Land: Reports from a Divided Nation by Barbara Ehrenreich. The lives of the working class, the rich, healthcare in the United States, migrants, and the rise of the religious Right. 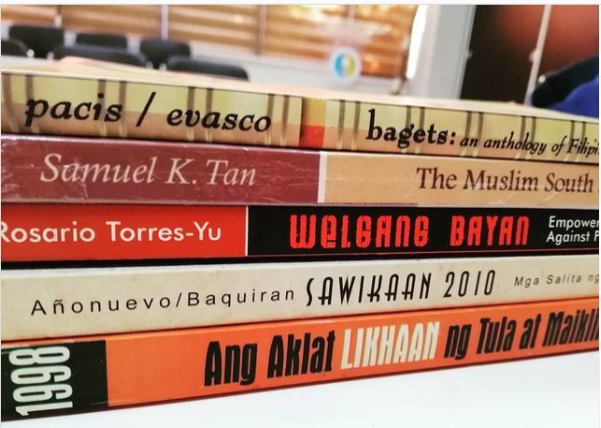 7. Obsolescent Capitalism: Contemporary Politics and Global Disorder by Samir Amin. A discussion on the triad of collective imperialism, the link of the center and the peripheries, the idea of catching up or doing differently in the global economy, and a brilliant summary on culturalism (appendix).

8. Field of Mirrors: An Anthology of Philippine American Writers edited by Edwin A. Lozada. Poems, essays vignettes, stories on identity, nostalgia, a tribute to the homeland.

9. Oligarchic Politics: Elections and the Party-List System in the Philippines, edited by Bobby Tuazon. History of political parties in the Philippines, a summary of party list rulings including the oppressive formulas used in determining the number of seats in Congress.

11. Philip Vera Cruz: A Personal History of Filipino Immigrants and the Farmworkers Movement by Craig Scharlin, Lilia V. Villanueva. The manong farm workers, the lives and struggles of union organizers, the role of Filipinos in the labor movement in the United States. Touching, riveting, agitating.

12. Interrogations in Philippine Cultural History by Resil B. Mojares. Fascinating accounts of the Santo Niño’s Sinulog origins, noir in the Philippines, the scholarship of Nick Joaquin, Bonifacio’s Katipunan, and Pascual B. Racuyal – the ‘nuisance’ candidate.

13. The Autobiography of Malcolm X by Malcolm X, Alex Haley. In defense of militant political activism, uncompromising in rejecting moderation, a counterpoint to the mainstream perspectives on nonviolent struggle. Gripping.

14. sa ibang katawan by Lean Borlongan. Finding place, acceptance in an unjust society through the power of words and struggle

15. Tools for Conviviality by Ivan Illich. Ahead of its time for its nonconformist exploration on how we make use of tools, ‘new collectivity’ in the industrial era.

17. Re-Reading Jose Marti (1853-1895): One Hundred Years Later by Julio Rodriguez-Luis (Editor). Marti: a poet, journalist in exile, revolutionary. And the continuing battle over his memory and legacy.

19. Polaroids from the Dead by Douglas Coupland. Engaging views on denarration, information saturation, post-fame, and harolding. Google what harolding means.

20. The Discoverers: A History of Man’s Search to Know His World and Himself by Daniel J. Boorstin. It took me two years to finish this book. Every page is brimming with intellectual riches. The author’s masterful weaving of narratives, the attention to detail, and mesmerizing chronicle of the rise of the West.

21. Claro M. Recto, 1890-1990: A Centenary Tribute of the Civil Liberties Union, edited by Renato Constantino. The pleasure of reading Recto’s elucidation on economic nationalism and independent foreign policy, his rejoinder against pro-American bureaucrats and intellectuals.

22. From Victory to Defeat: China’s Socialist Road and Capitalist Reversal by Pao-Yu Ching. Interesting insight about the need to reconsider the national bourgeoisie as an ally of the revolution in the era of neoliberalism. Another useful text defending the legacy of Maoism during China’s socialist construction.

24. The Master of Petersburg by J.M. Coetzee. A meditation on father-son relationships, a probe into the mind of a Russian novelist.

Mong Palatino is a Filipino activist and former legislator. He is the chairperson of Bagong Alyansang Makabayan Metro Manila. Email: mongpalatino@gmail.com