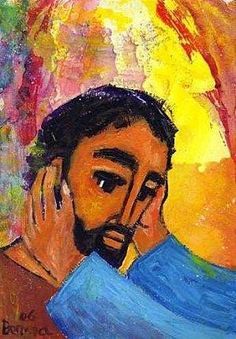 From Among Your Own People

Promises are part of human culture since time immemorial. Usually, promises evoke anticipation, excitement, surprises, and hope. The history of the Jewish people revolves around the promise of Yahweh to provide them a savior who would deliver them from slavery and oppression. The hope of the Israelites hinges on this promise of deliverance: “The Lord your God will raise up for you a prophet like me from among your own people.” And they put all their trust and faith in this promise.

This is the reason why they followed Moses when he fled out of Egypt. Their faith narrative follows where this promise of deliverance is leading them. Because of their excitement and hope to be freed from slavery and oppression, the Jewish people expressed their joy to Yahweh, “O come, let us sing to the Lord; let us make a joyful noise to the rock of our salvation!… For he is our God, and we are the people of his pasture, and the sheep of his hand.” This is clearly an articulation and expression of faith premised on the promise of liberation. Investing their future into this promise was assured by the presence of prophets like Moses among their bloodlines. It is even more assured by their hope and faith that the Messiah will come from among their own people. Hence, they were able to live praising Yahweh and not worrying about their oppressors because they are assured that their security, safety and history are being taken cared of by Yahweh. This is perhaps the premise of Paul when he said to the people of Corinth that “I would like you to be free from concern.” This is indeed the ideal of living a life dedicated to God, to be free from any worldly concerns and focus on praising Yahweh, our God.

However, in our world today, this ideal is very far from reality. People are very much occupied with many concerns in life because their lords, their leader in government are failing them massively with a lot of promises but are never implemented. And even if their leaders show concern, it is the wrong concerns. This is because most of those in the government are not familiar with the situation and issues of the people. The ‘prophet’ that was promised them was not from among them, was not a ‘native’ but was and is a total stranger. Or, the ‘prophet’ who is supposed to lead them was once one of them but turned into a total stranger when power and privileges seized him. Strangers cannot show true concern for the people whom they do not know. The tendency is they take advantage of them. These people pretend to show care and concern to the masses and offer them projects that would address their needs. However, their true intention is to advance and protect the interests of the greedy oppressors.

The example of the 11.2 billion Jalaur River Multipurpose Project or the Jalaur Mega Dam in Ilo-ilo illustrate this fake show of care and concern. The project promised to provide better-uninterrupted irrigation supply to hectares of farmlands and increase the annual rice production of the country. However, the massive construction would submerge underwater, agricultural lands and houses of 17,000 Tumandok individuals, children included, from 16 indigenous communities. There is a very good promise of better water supply and rice production but this promise causes massive displacement of indigenous communities from their ancestral lands. And when the tribal leaders expressed their opposition to the project, they were permanently silenced by the barrel of the government guns.

Another example of fake and failed leadership is the on-going attack on academic freedom, especially those against UP and PUP. IBP National President Domingo Cayosa explained that “what truly impels and fuels dissent is not I.P or its tradition of critical thinking and activism but the injustice, corruption, incompetence, abuse and oppression, poverty or hopelessness that citizens may experience or discern.”

When a leader holds himself up in his office and does not go to the ground or field to feel and see for himself what is to be done, what are the needs of the people; he remains blinded by legalistic processes. There is a big difference between somebody who is using the laws and legal processes to his advantage, and somebody to goes to be with the people. The people who were in the synagogue with Jesus and witnessed him teach and even command an unclean spirit to get out of a person observed this big difference between a fake leader and a true leader.

“They went to Capernaum, and when the Sabbath came, Jesus went into the synagogue and began to teach. The people were amazed at his teaching because he taught them as one who had authority, not as the teachers of the law.” A true leader goes to the people. That is what Jesus did when He went to Capernaum. He did not wait for people to go to Him. He was the one who went to the people. A true leader knows where to go -in the synagogue where people are. A true leader knows what to do -teach. A true leader knows how to do it -with authority. The act of Jesus in going to Capernaum with his friends shows that He knows very well the people to whom He is to preach. He knows that the people need to hear the fulfillment of The Promise that is why he started teaching them with authority. “Just then a man in their synagogue who was possessed by an impure spirit cried out, ‘What do you want with us, Jesus of Nazareth? Have you come to destroy us? I know who you are—the Holy One of God! “Be quiet!” said Jesus sternly. “Come out of him!” The impure spirit shook the man violently and came out of him with a shriek. The people were all so amazed that they asked each other, “What is this? A new teaching—and with authority! He even gives orders to impure spirits and they obey him.” This is what the people of Israel had been waiting for. The fulfillment of the Promise and was manifested in this Gospel scenario. A leader is true and sincere in his intentions when he shows concern for the sick, for those who need healing, and not going about implementing the laws to suppress and oppress people.

Our society today needs a lot of shaking to cleanse it from the many impure spirits that possessed it. Jesus showed us the example. We should not be afraid to shake the society we live in when we see injustices, corruption and incompetence in our government systems, and poverty and oppression. We shall silence the oppressors!