Before reading, you may want to know that by writing these lines I am putting my life in danger. This may sound dramatic to anyone in the UK or Europe but it is the harsh reality of activists on the ground defending themselves against the projects you finance. So be assured, Sir, this letter is not written in the spur of the moment, but I see no other way than to bring to light what Standard Chartered is doing in this part of the world.

My name is Mitzi Jonelle Tan. I am an activist with Fridays for Future Philippines and I want to tell you that your money kills people, fuels the climate crisis, and destroys our homes. No other bank puts more money into coal plants and mines in my country than Standard Chartered. Your official slogan is “here for good.” Yet, Standard Chartered finances the pollution of our water, makes our air unbreathable, and toxifies the soil we live on.

San Miguel Corporation, which you finance through its parent company, has been evicting people from their homes, stealing land from farmers, and causing small fisherfolk to lose their livelihood. The companies you finance bring down ashfall on everyone, covering homes with a soot that also smothers their cries of anger, and send armed men to destroy the communities of those who have been fighting back. This would not be possible if not for Standard Chartered bankrolling these projects silently in the background and profiting from it. “We will make sure to cut your head off.” “Respect us, you’ll start begging soon.” This is a taste of what one of our staunch environmental activists hears and receives. The government even called a priest a terrorist because he publicly spoke about the environmental destruction these coal plants are causing. These two incidents happened in Sual, Pangasinan — where my country’s biggest coal plant is located, which Standard Chartered financed.

Mr. Winters, I’ve seen your statement in which you contemplate “an opportunity to take some bold decisions that would be a turning point for our planet”. You applauded yourself for ceasing project-bound loans to coal companies, but this makes up only a tiny percentage of your coal finance. The vast majority of all coal financing takes place through non-project-bound financing. This is nothing more than a shoddy greenwashing trick risking my future. The climate crisis is a very real threat to people like me.

I remember spending several nights last year doing my homework by the candle light — our electricity was gone because of the raging typhoon outside, the strongest typhoon on the planet last year. Do you know what that is like, Sir? To be afraid to wake up one day and you have no choice but to climb to the roof with your family in order to possibly survive? I do not want to be afraid of drowning in my own bedroom anymore or having to sit in the dark listening to a battery powered radio to try to get news about the cities where my relatives live. I do not want to be afraid of my house being raided by hired goons of coal projects. I do not want to be afraid of being killed or abducted by the masked men protecting your profit. So I rise above the waves of fear, as thousands of activists have done before me, to ask you to stop this madness.

The environmental and climate crisis happening in the Philippines, the injustices done to our defenders and activists, Standard Chartered’s funding of our destruction creates a perfect storm. The raging winds and howls of the people’s movement are coming. We are striking like lightning in the night and downpouring our demands. Filipinos have closed down mines, toppled down dictators, and brought upon the downfall of so many companies doing injustices in the past.

Mr. Winters, if you actually want to be “here for good,” stop funding our destruction. Even Antonio Guterres, the Secretary General of the United Nations, urged countries to stop building new coal plants by 2020.

Stop all types of financing to any company which is still building new coal assets in 2021. But this is only the first step. In order to even have the slightest chance of staying below 1.5°C, we also need a complete phase out of all financing activities for companies that have oil and gas expansion plans or are active in unconventional oil and gas (fracking, Arctic drilling, tar sands, ultra-deep-water drilling). If profit is continuously chosen over our lives, a downpour worse than ashfall and the strongest typhoon is going to come. The Fridays for Future movement is here to collect the dues you owe to the people. We have only just begun… 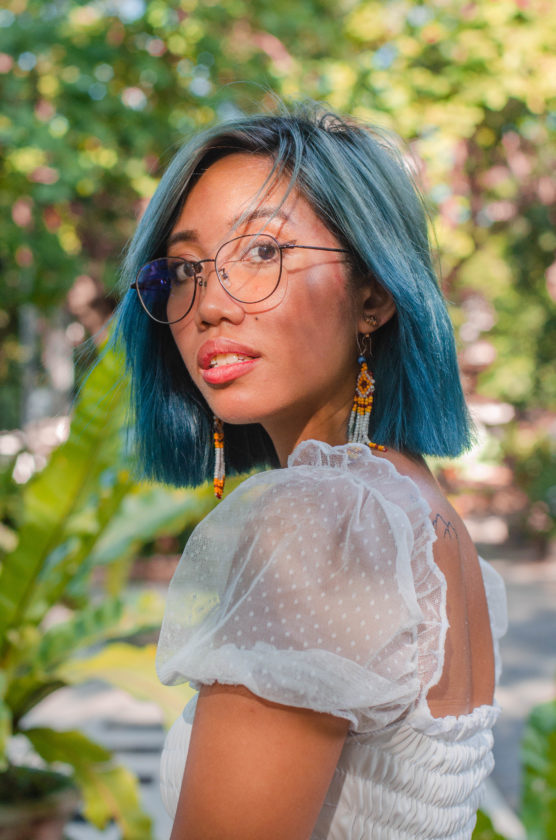 Mitzi Jonelle Tan is a climate justice activist that organizes with Youth Advocates for Climate Action Philippines /Fridays for Future Philippines. Together with Kalikasan People’s Network for the Environment, they launch campaigns for the protection of the environment, environmental defenders, and for climate justice. With Fridays for Future International, she organizes global campaigns and advocates that the voices of Most Affected Peoples and Areas (MAPA) are given space, listened to, and amplified.