US firms behind Agent Orange stand trial in France 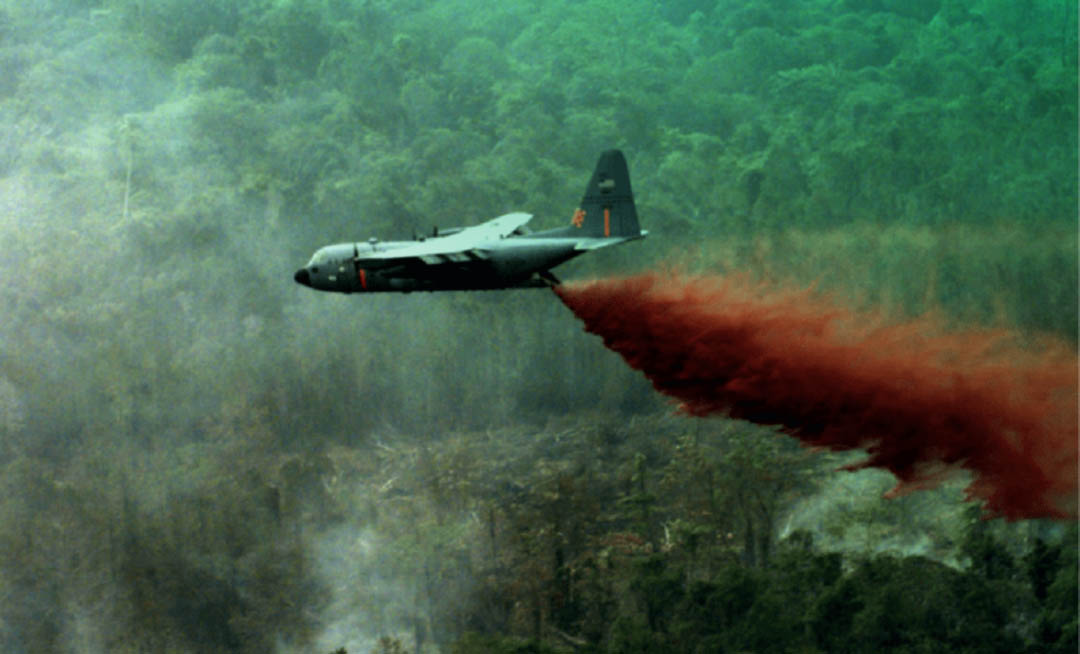 Trân Tô Nga, a 78-year-old woman who fell victim to the herbicidal chemical cocktail known as Agent Orange, is taking the firms responsible for its production to court.

The civil complaint targets more than 20 US chemical firms for their part in the production of Agent Orange, massively employed by US forces during the Vietnam War.

In her 2016 autobiography, Ma terre empoisonnée (My poisoned land), published in France by Stock and co-written with journalist Philippe Broussard, Trân Tô Nga describes herself as “the girl from the Mekong, colonialism and war”. She recounts how, as a young woman in her native Vietnam, she enrolled as a messenger and liaison agent with the communist Viet Cong guerrilla movement engaged in the bitter 20-year war for independence against US imperialism and its allied regime in South Vietnam that would end in victory in 1975.

Trân Tô Nga became a headmistress in Hanoi before arriving in France, and now her ultimate battle is to be played out in the formal environment of a court in the southern Paris suburb of Evry. She refers to making sure that one of the unpunished crimes of the US in Vietnam is recognised as “the fight of the last part of my life”. This crime was the spraying of large swathes of the country with a powerful herbicide and defoliant containing the carcinogen dioxin, a chemical cocktail known as Agent Orange, because of the colour painted on the drums it was kept in.

The toxic chemical mixture, produced by large firms including Monsanto and Dow Chemical, was used for ten years, until 1971, in what was called “Operation Ranch Hand,” aimed at destroying both the jungle canopy cover under which the Viet Cong fighters hid and the crops providing their food.

“Eighty million litres of Agent Orange were poured over Vietnam,” said Kim Vo Dihm, one of Trân Tô Nga’s many supporters and a member of a collective group called Vietnam Dioxine which campaigns for the Vietnamese victims of Agent Orange. “It affected 20 percent of the Vietnamese forestland. It amounts to ecocide.”

However, ecocide is not enshrined by law in France, which is envisaging making it an “offence”, despite the European Parliament adopting the demand that ecocide be internationally recognised as a crime in its annual report on Human Rights and Democracy in the World on January 20. Central to the case opening on January 25 is instead the human toll of the massive use of chemicals, whose effects were both immediate and long-lasting.

Because alongside the environmental devastation and contamination caused, millions of Vietnamese were exposed to Agent Orange – around 4.8 million according to Vietnamese government estimates. Many of them – 3 million according to victims’ associations – have since suffered from diseases which include cancers (notably leukaemia), and their descendants have suffered from malformations over several generations. Dioxin is passed on through the food chain and enduringly poisons the soil.

In the summer of 1966, a US air force Fairchild C-123 aircraft sprayed the chemical over land where Trân Tô Nga was hiding. In her autobiography, she writes of how she washed the sticky substance off and quickly forgot the incident, and how she would come into contact with the chemical again, walking through the jungle and wading through polluted wet zones.

It took Trân Tô Nga a while before she discovered the effects seemingly caused by exposure to Agent Orange. Her daughter, born two years later, died in infancy from a heart malformation. Nga – who, in an interview with French daily Le Monde described herself as being “quite thin but in good health, never ill unlike my comrades” at the time – and her two children later developed several debilitating diseases which are among those formally recognised as potential effects of the chemicals (a number of US military veterans who came into contact with Agent Orange have been given compensation for resulting diseases).

In May 2009, she took part in a symbolic “citizens’ tribunal” in Paris – the International Tribunal of Conscience in Support of the Vietnamese Victims of Agent Orange – which brought together magistrates, former justice ministers, experts, and witnesses from around the world. Its findings, including the demand that the US and companies which manufactured Agent Orange award compensation to victims, were sent to the UN and US government, but the tribunal had no formal legal power.

In 2014, Trân Tô Nga filed a complaint in France (as a French citizen, she is entitled to take legal action against foreign parties for alleged crimes that occurred abroad) against more than 20 firms involved in the production of Agent Orange for the US military, including Monsanto (now Bayer-Monsanto) and Dow Chemical. The purpose of the lawsuit is to establish the direct relationship between Agent Orange and the deaths and diseases developed by those Vietnamese, like herself, who were exposed to the chemicals.

Finally, six years after filing her complaint, and following around 20 preliminary hearings, a court in the southern Paris suburb of Evry, in the jurisdiction in which she lives, heard the case on January 25th. For Trân Tô Nga and her fellow campaigners, it was a historic occasion. “What I really want is that millions of victims will have hope after this trial,” she said at the press conference before the hearing. “For ten years, my mission has been to bring the drama of Agent Orange back to life, to make it more known to the world, along with this crime of chemical warfare.”

She says it is not only a historic trial for the Vietnamese victims but one that must serve all those who have fallen victim to the poison of chemicals. “In France, you see children born without arms or legs, victims of glyphosate and pesticides. The calamity and suffering of these poisons are identical. This is why supporting me regarding the past is also supporting those who are fighting for the present and the future.”

French Green party Member of the European Parliament (MEP) Marie Toussaint, who is also a jurist specialised in international environmental law, has been a vocal supporter of Trân Tô Nga’s campaign. She said she hoped that the trial “could also give hope to victims of chlordecone”, a pesticide known as kepone which was permitted in banana plantations in the French Caribbean islands of Martinique and Guadeloupe, where it is believed to have caused unusually high rates of prostate cancer until 1993, even though it had been banned from use in mainland France in 1990.

The trial, which will see around 30 lawyers defending the companies that produced the Agent Orange chemical cocktail, is set against the recurrent failure of Vietnamese victims’ associations to further their case in US courts. Since the US federal government is protected against prosecution, the victims’ groups have legally targeted the chemicals companies, but their cases have always been dismissed, largely on the basis that the herbicide was not considered a poison under international law.

Until now, only the class actions of Vietnam veterans from the US military and those of its South Korean and Australian allies in the conflict have succeeded in gaining compensation for the effects of Agent Orange. “The Vietnamese have never been recognised as victims, even less so the civil population,” commented French jurist Valérie Cabanes, specialised in international human rights law and a campaigner for global recognition of the crime of “ecocide”.

Trân Tô Nga’s action in the French courts is expected to be a long campaign, and whatever the eventual ruling, both sides are likely to appeal.

But it will not be the first time that French magistrates are called upon to rule over cases of the use of toxic chemicals and their consequences, in what have been lengthy legal sagas. One of the most high-profile cases involved French cereal farmer Paul François, who filed a complaint against Monsanto (bought by the German group Bayer in 2018) over insufficient warnings about the handling of its now banned weedkiller Lasso. After accidentally inhaling the product, he suffered memory loss, headaches, and stammering. His campaign turned into a decade-long legal battle which, despite three court rulings in his favour, wasn’t resolved until a ruling on Monsanto’s final appeal in the case last October. It found the firm was definitively guilty of his ill-health and opened the possibility for financial compensation.

“That trial is a very good basis,” said Valérie Cabanes. “The destructive power of Agent Orange was classed as being 13 times greater than traditional herbicides, like glyphosate. It was not only the former American combatants who were affected, but also four million Vietnamese, and to this day, about 100,000 children with malformations were born in Vietnam.”

But Cabanes warned: “Mrs. Tran will find herself alone in the face of these monsters who are well aware that if she wins, there could be demands for justice from other victims, individually or collectively.”

While Agent Orange was used primarily in Vietnam, it was also used in warfare elsewhere. It was employed by the British armed forces during the 1948-1960 pro-independence war in Malaysia, and also by the US in neighbouring regions such as Laos and Cambodia during the Vietnam War.