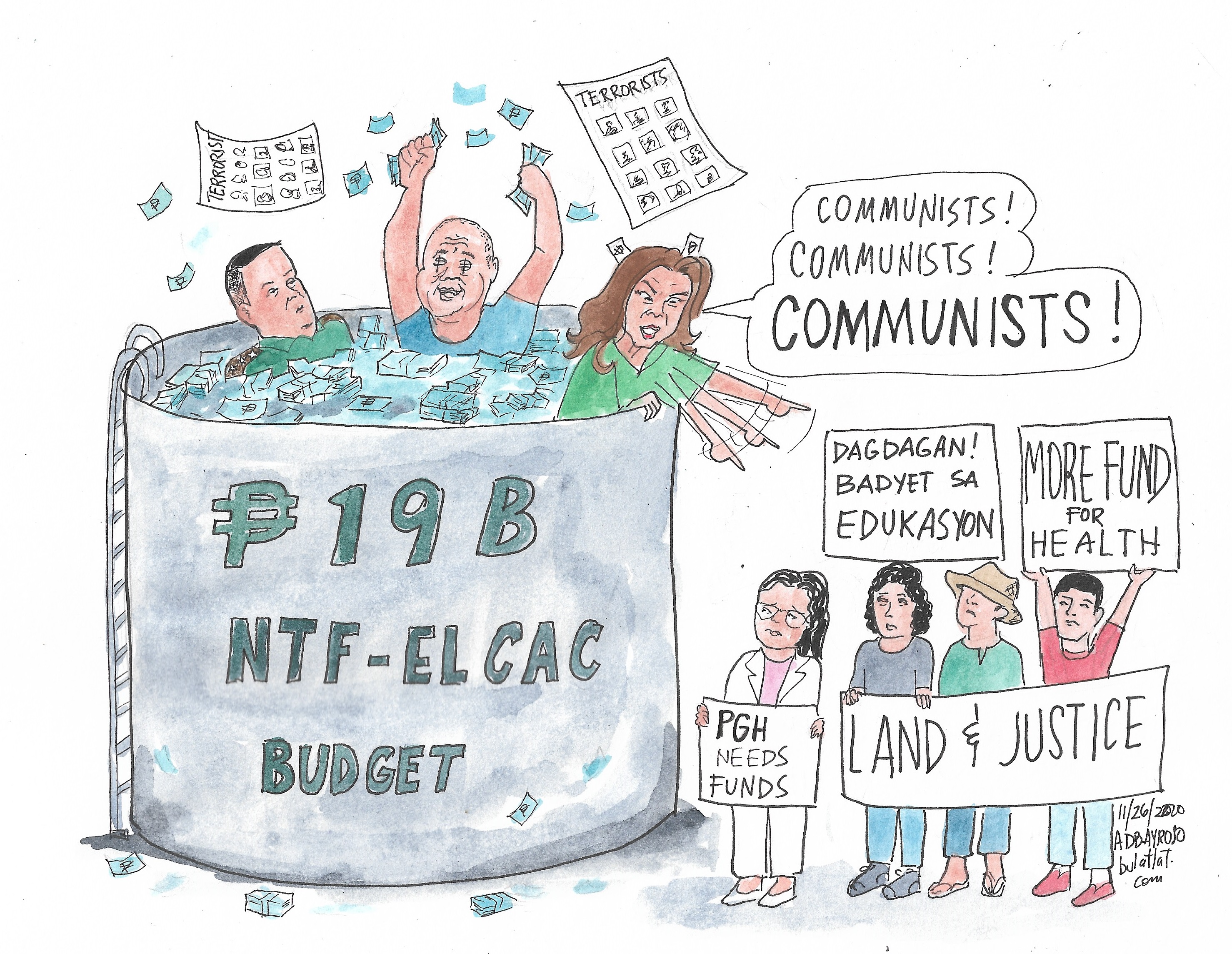 Once again, a government task force that tries to be relevant by spreading hate is spewing malice against a movement of care.

“They’re spreading propaganda while at the community pantry. They are saying that the people are hungry because of government failure, among other propaganda,” Parlade said in Filipino during a radio interview.

Badoy stressed that it is “unacceptable to use the setting up of community pantries to convince Filipinos to unseat President Rodrigo Duterte.”

Several community pantries, including the one on Maginhawa Street initiated by Anna Patricia Non, were forced to stop operations temporarily due to red-tagging, and after police officers visited the sites and questioned the organizers.

Parlade himself admitted the task force is “checking the background of organizers.”

It is both funny and insulting to hear Parlade say that hunger caused by government failure is “mere propaganda,” as though it is a figment of one’s imagination.

Statistics from government agencies show that the Philippine economy had a 9.5 percent contraction in 2020, which, according to independent thinktank IBON Foundation, is the country’s biggest economic collapse in history.

For ordinary people, the economic contraction means job loss or decrease in income amid the soaring prices of basic commodities.

In December last year, the prices of basic goods increased by 3.5 percent, according to the Philippine Statistics Authority. Wages and salaries of those who still have jobs are kept at the same pre-pandemic levels.

Government aid has been a pittance despite huge loans and supposed budget allocation for COVID-19 response. The P1,000 to P4,000 (US$21 to US$83) cash aid distributed during the most recent lockdown was not enough to sustain the needs of poor families even for a week.

That those who have little are donating whatever they could for the least of their neighbors should put to shame government officials such as Parlade and Badoy who enjoy big salaries but could not offer anything but intensified red-tagging.

For these officials to demand the hungry and the poor not to complain and criticize the government’s inefficiency and callousness is the height of hypocrisy. It is not the fault of the CPP, NPA and NDF that the Duterte administration has bungled the COVID-19 response big time. For Parlade and Badoy to say that leftist groups are exploiting the situation for political agenda is diverting the issue from the criminal neglect ordinary Filipinos have been subjected to for more than a year now.

Taxpayers have the right to ask why, at this time of want and misery, the NTF-ELCAC was given a P19-billion (US$393 million) budget. Taxpayers, including the poor who also shoulder 12-percent value-added tax on basic goods, have the right to ask how Parlade, Badoy and the NTF-ELCAC are spending public funds. The task force’s budget allocation could have been spent for P10,000-cash subsidy ($207) for 1.9 million poor individuals.

The people should demand from the occupant in Malacañan Palace a comprehensive plan to deal with the crisis. Taking action to save the nation from further deterioration remains an option, whether through community pantries or other forms of resistance that serve the common good.