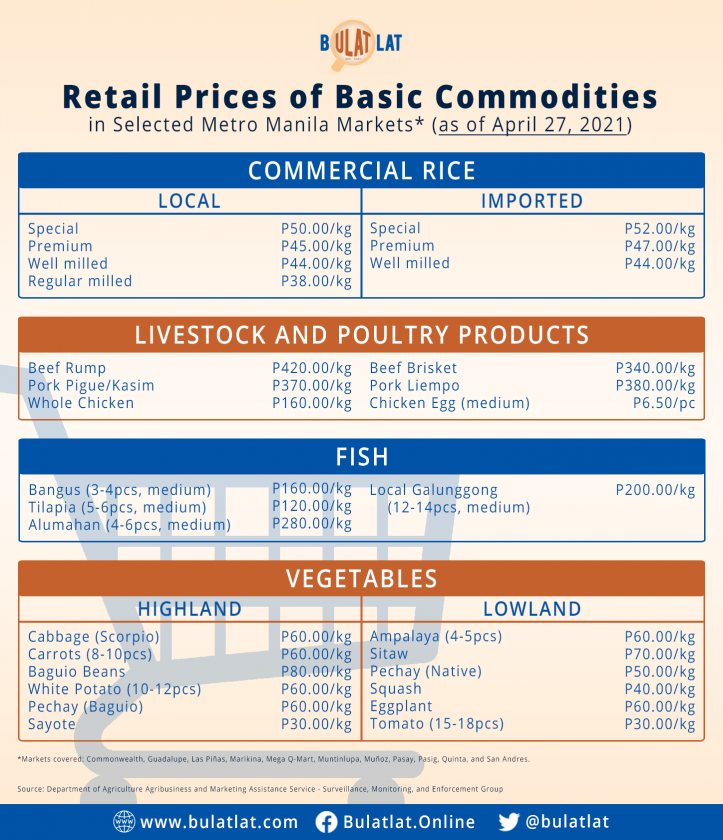 MANILA – Fisherfolk group Pamalakaya is seeking a production subsidy to strengthen the fishing industry despite government pronouncements that fish catch has stabilized in the local market.

In a statement, Pamalakaya leader Ronnel Arambulo said a P15,000 ($300) subsidy will ensure farmers can “keep up with the increasing demand of fishery and marine products amid the economic crisis brought about by the pandemic.”

Poor fisherfolk, the group said, bear the brunt of increased production expenses, such as oil products, and increasing prices of basic commodities.

The Department of Agriculture earlier said retail prices of fish have stabilized in Metro Manila and in the nearby provinces of Bulacan, Rizal, Cavite, and Laguna, citing their efforts to ensure food security amid the pandemic.

In the second week of April, a total of 3,760 metric tons of marine fish catch was unloaded at the Navotas Fish Port Complex, which is 200 metric tons more than the previous week.

Arambulo, for his part, called on legislators to prioritize the pending bill filed by progressive legislators under the Makabayan Coalition, House Bill 9192, which is seeking for a $309 subsidy for at least one million Filipinos in the fisheries and aquatic sector.

The Philippine government has been under fire of late for the poor social protection given to urban poor families and displaced workers due to the impacts of COVID-19. This has resulted in the sprouting of food sharing and community kitchen initiatives – the community pantries as the most recent – in many parts of the country. These efforts, however, have been red-tagged.