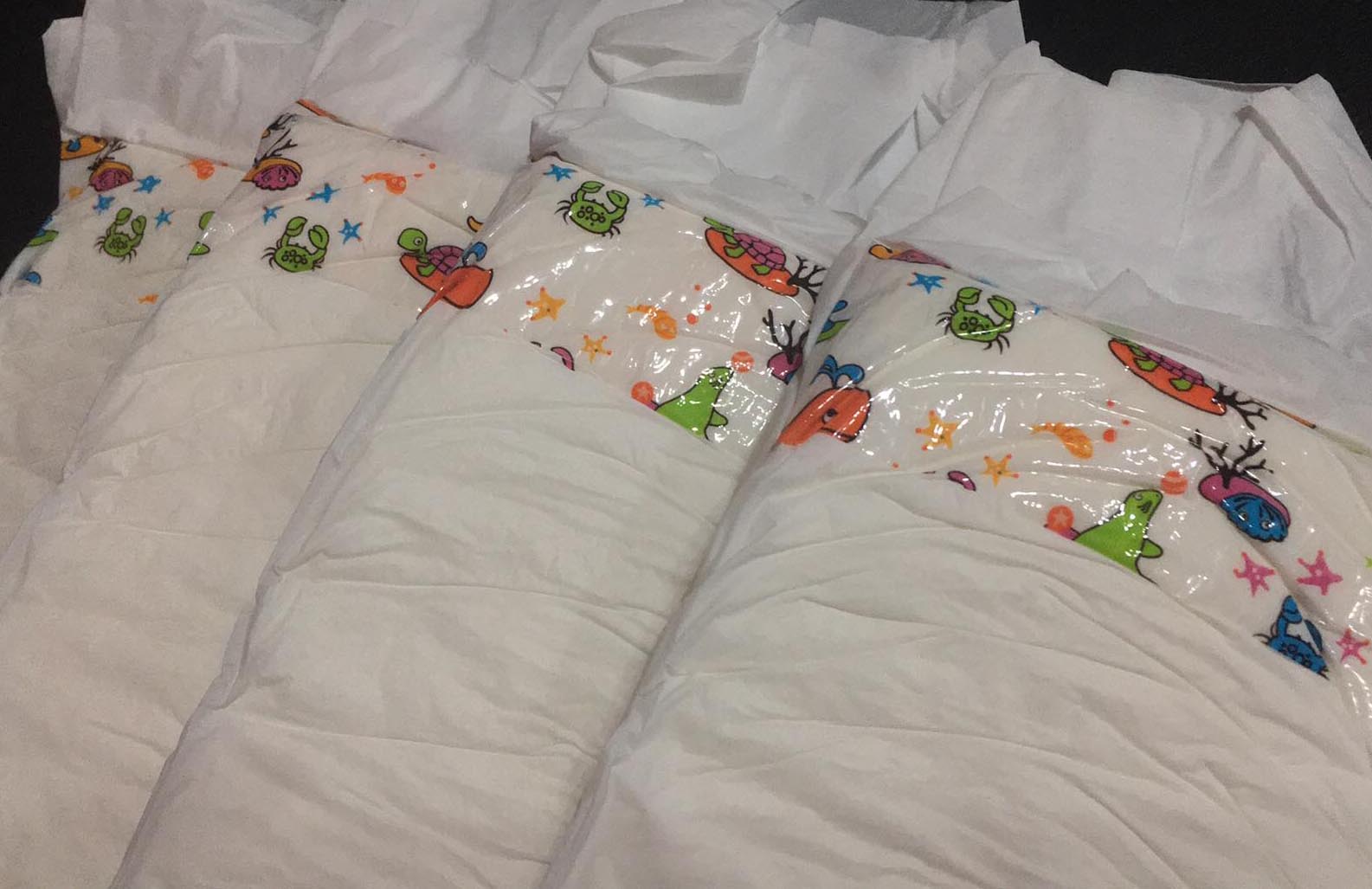 A World Bank study found that children’s feces are potentially riskier than adult feces due to higher prevalence of diarrhea and pathogens.

Every morning, Menchie Leona is greeted by the same scene. Trash bags outside their Bulacan apartment, torn apart by stray dogs that rummage scattered garbage, including used diapers of her eight-month old son and three-year old daughter that she threw away the previous night.

While the unpleasant view and odor is not something a person would want to wake up to, Leona had no choice but to start her day cleaning. The landlord once threatened her with eviction after fellow tenants complained about the smell of exposed diapers coming from their unit.

Had she known how to properly dispose used diapers, Leona said, she would have already done so to spare herself from drawing flak and additional work. She does not, that is why she said in Filipino, “There is no choice but to clean rather than to be asked to leave. Where would we go? It is difficult to transfer now especially with the pandemic.”

Leona is one of the millions of Filipinos unaware of the proper handling of children’s fecal waste. Based on the Philippine Statistics Authority’s 2017 National Demographic and Health Survey (NDHS), an estimated 2.74 million households are disposing child feces unsafely, most of which end up in the garbage.

Sanitary fecal disposal entails rinsing the fecal matter into the toilet or latrine, according to a report by the United Nations Children’s Fund (UNICEF).

NDHS data, however, showed that nine out of ten households that have access to limited or basic toilet facilities still resort to unsanitary disposal practices. These are families who use shared public toilets or home-based comfort rooms connected to septic tanks or sewerage systems.

Central Luzon, where Bulacan is located, has reported the second highest rate of unsafe disposal of children’s fecal matter at 92.7 percent. Metro Manila recorded the highest rate of 97.3 percent.

Living in the same neighborhood as Leona’s, Vanessa Caparas said that she is used to throwing used diapers in the trash, thinking that their contents were cleaner than adult’s stools. “Wala naman kasi silang ibang kinakain ‘di kagaya [ng matatanda]. Gatas lang din naman yung dinudumi nila (They don’t eat anything else not like adults. They only have milk, which is what they excrete, as well).”

Public health professor Victorio Molina said this is a misconception. A World Bank study found that children’s feces are potentially riskier than adult feces due to higher prevalence of diarrhea and pathogens.

“There are many diseases that can be transmitted through the oral-fecal route like diarrhea, cholera and polio,” Molina said. “This is dangerous especially now that our healthcare system cannot take the brunt of another outbreak.”

According to the 2019 Field Health Information System (FHSIS) of the Department of Health (DOH),122 out of 100,000 people had been infected with acute watery diarrhea, making it the fifth leading cause of illness in the Philippines. Nearly half of these cases are of children below five years old.

The report also showed the highest number of dysentery or acute bloody diarrhea cases in the last five years with a rate of 66.44 per hundred thousand population.

A polio outbreak also happened in the same year after the country recorded its first case since 2000. The World Health Organization and UNICEF declared the epidemic over on June 11, 2021.

Molina said that this practice could be stopped by proper education but existing sanitation programs seem to have overlooked this aspect.

Public administration professor Charlie Cabotaje said that lack of education reflects the tendency of nationally-initiated programs to neglect genuine public participation which is crucial in ensuring the success of any initiative.

“When you implement a project with limited resources, the more you need the partnership with the community,” he said, adding, “Having them involved gives them a sense of ownership and they themselves would be your force multiplier to disseminate information.”

One year before the deadline, the 2019 FHSIS data still shows that open defecation is present in four out of five barangays. This means that 3.75 million people still practice unsanitary excretion of human waste.

While the WHO and UNICEF report a downward trend of open defecation since 2000, the Philippines is lagging at a slow rate of 0.38 percent.

At this rate, it would take another decade before the country would achieve zero open defecation. This is past the SDG’s target year of 2030.

The DOH has yet to reply to an interview request as of press time.

Molina said that more than sanitation infrastructure, the sustainability of public health initiatives depends on behavioral change from the people which could be achieved through adequate health promotion campaigns. “

“We need interventions to disseminate information on the disadvantages of poor sanitation practices on health. It is important that side by side with helping the community put up the facilities, we need to highlight the role of education to influence the practices of the people,” he said in a mix of English and Filipino.

For her part, Caparas was surprised to know she had been wrongly disposing diapers. She agreed that dumping the contents onto the toilet before throwing the used diapers in the trash is cleaner but worries that doing so might be time-consuming.

For Leona, however, a little inconvenience is nothing if it means a safer environment for her children and less hostility from their neighbors.

“Maybe if that is the case, then the stink in the morning would be gone, It doesn’t matter if it entails more work if it means that we’d have a cleaner neighborhood and our neighbors will not be talking about us,” she said.

Editor’s note: This was originally submitted as an academic requirement for Journalism 117 (Online Journalism) at the University of the Philippines (UP) Diliman under Assoc. Prof. Danilo Araña Arao.