1 year since the closure of 53 stations, journalists reiterate call to put ABS-CBN back on air

MANILA – Journalists and advocates lit candles and held a social media protest to mark the first year since the 53 ABS-CBN regional radio and television stations were forced to shutdown following the denial of the network’s franchise renewal.

Using the hashtags #IbalikAngABSCBN, #LabanKapamilya and #DefendPressFreedom, members of the National Union of Journalists of the Philippines (NUJP) took to social media platforms Twitter and Facebook to reiterate their call to bring ABS-CBN back on air, August 28.

Our sign-on/off idents do not usually list out the 30+ stations that are part of the “Philippines’ largest network”.
This time, not so.

It’s not just ABS Manila going off air. These stations bring news & entertainment to places only broadcast signals can reach.

NUJP Cebu Chapter initiated a statement condemning the shutdown of regional networks. More than 100 ABS-CBN Cebu employees and over 4,000 in other stations lost their jobs last year.

The NUJP Cebu Chapter streamed via Facebook a Holy Mass offered for their colleagues and for millions of Kapamilya viewers and listeners affected by the closure.

“NUJP-Cebu, together with journalists and press freedom advocates nationwide, continue to stand alongside our colleagues in ABS-CBN, especially in Cebu, in their fight for the renewal of the ABS-CBN franchise and the struggle to resist this blatant attack on the free press” pic.twitter.com/6kMKCu7vTC

In a statement, the NUJP national directorate noted that “while it is true that the network and some of its programming are still available online, the loss of regional stations hampers the flow of information to and from areas outside the capital.”

On this day, a year ago on August 28, Regional TV Patrol has been shutdown. I share to everyone my last piece for that final newscast on TV Patrol South Central Mindanao. pic.twitter.com/LeO05qeNjT

The regional stations, which broadcast in six languages, meant the loss of access to information on typhoons and disaster preparations for some areas, the NUJP further noted.

“It is true that ABS-CBN is not the only media network in the Philippines but we are all weaker when one of us is silenced. Beyond ratings and revenues, the hampered operations of one network means less coverage of local issues and diminished service to the public,” the group added. 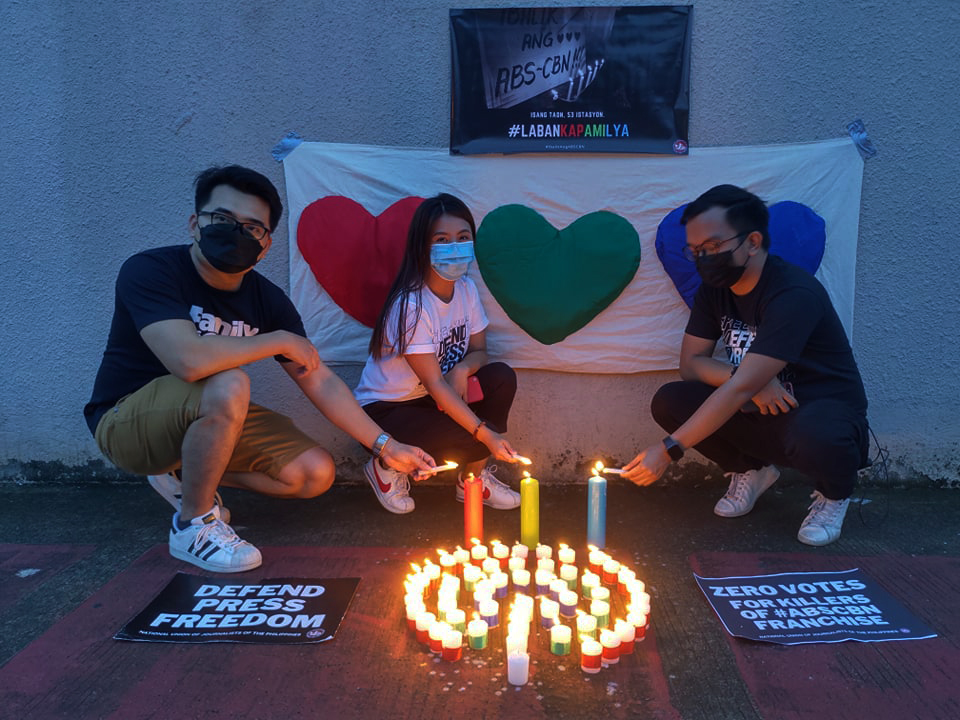 Meanwhile, officers of the NUJP ABS-CBN Chapter lit 53 candles in front of the ABS-CBN compound on Esguerra Street in Quezon City.

Mike Navallo, chairperson of NUJP ABS-CBN chapter, said that the shutdown of the giant network is a big loss to the country.

“ABS-CBN had the widest audience because the regional stations were broadcasting news in the local languages,” Navallo said.

Never forget the 70 lawmakers who voted against the renewal of ABS-CBN franchise.

Journalists and supporters also published via Twitter the names of legislators who rejected ABS-CBN’s franchise renewal, urging voters to boycott the said politicians next year.