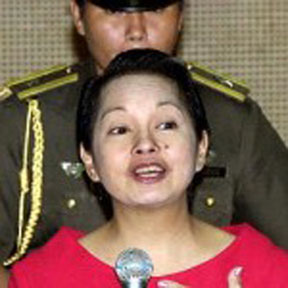 In her message titled Standing Firm in the Midst of Economic Challenges, Mrs. Gloria Macapagal-Arroyo said, “A number one priority of my Administration is services to uplift the lives of the poor. No other priority encapsulates so succinctly the commitments I have made since I assumed the Presidency.”

The message is addressed to members of the House of Representatives. Congress has started its deliberations Sept. 3 on the proposed P1.415-trillion ($30.22 billion at the Sept. 5 exchange rate of $1:P46.82) national budget for next year.

At first glance, the proposed budget shows increased allocations for education, health and other social services. A closer examination, however, would prove that these allotments are measly compared to debt payments.

In the same message, Arroyo said, “Debt service’s 21.4-percent share in the national budget next year shows a conspicuous continuous decline from 31.6 percent in 2005 and 23.2 percent in 2007, in accordance with our deficit reduction strategy. This means more resources can now be used for essential spending on investments on our human and capital resources.”

Arroyo was only referring to the interest payments pegged at P302.6 billion ($6.46 billion). If principal amortization would be computed, total debt service for next year is P681.5 billion ($1.46 billion) or 48.16 percent of the proposed national budget.

Source: National Expenditure Program for 2009
Per capita is computed based on the projected population for 2009, 92.2 million

Presidential Decree No. 1177, issued by the late President Ferdinand Marcos during martial law, allows automatic appropriation for debt service and other expenditure items. Allocation for the principal amortization of national government debt is not included in the proposed national budget.

Based on the proposed budget, the Department of Health (DoH) will get P27.8 billion ($593.76 million). The proposal is 36.9 percent higher than this year’s allocation.

However, the amount is still measly. With the projected 92.2-million population next year, government health spending would only be P0.83 ($0.02) per person per day.

For next year, the proposed allocation for disease prevention and control is only P4.51 billion ($96.33 million) while P161.73 million ($3.45 million) is allotted for monitoring and surveillance of diseases and outbreaks.

Subsidies for indigent patients for confinement in specialty hospitals and for the use of specialized equipment is only P6 million ($128,150.36).